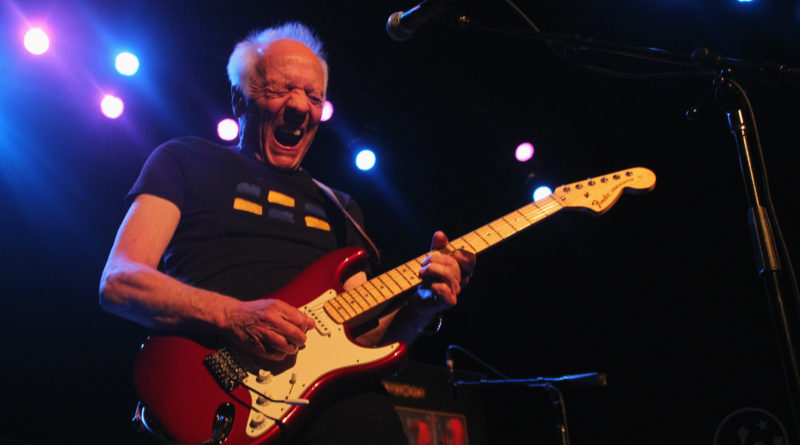 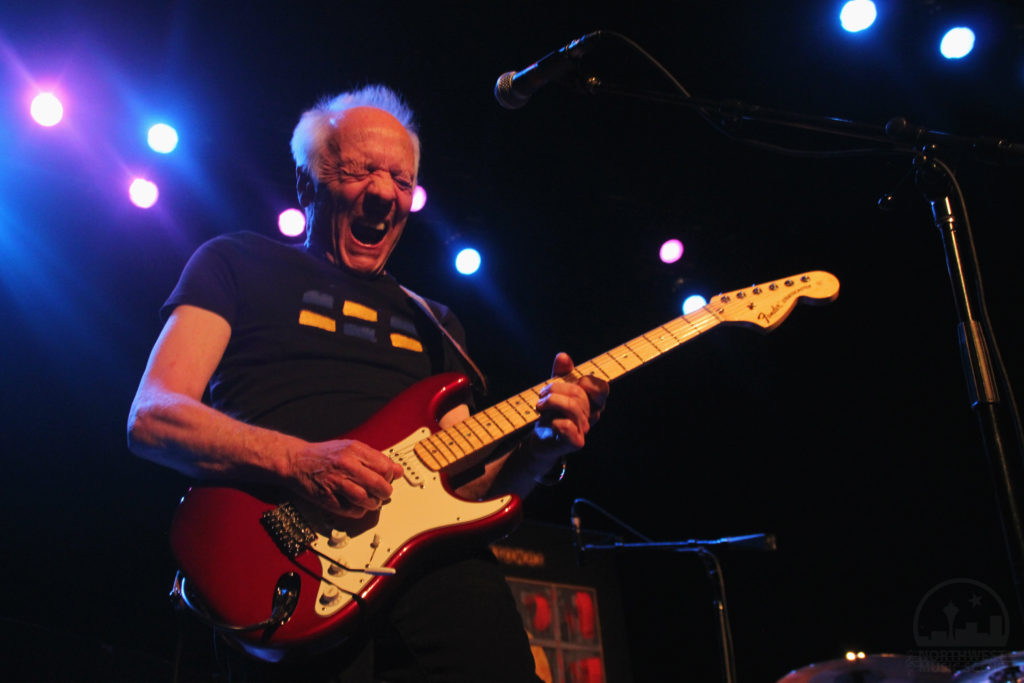 The last time I saw Robin Trower playing live was a few years ago at the Moore Theatre in Seattle on a sweltering July day in 2015. I remarked in my review of that show that among other fascinating things, like the brilliant tone he coaxes out of his setup, Trower plays the same guitar throughout the whole show. This latest concert held Saturday in Seattle’s Moore Theatre again, found him once again playing a lone guitar throughout the entire show, although this time it was a very sweet looking wine colored Fender Stratocaster. And like last time, he rarely knocks it out of tune, which is remarkable considering the way he bends and manipulates the strings. 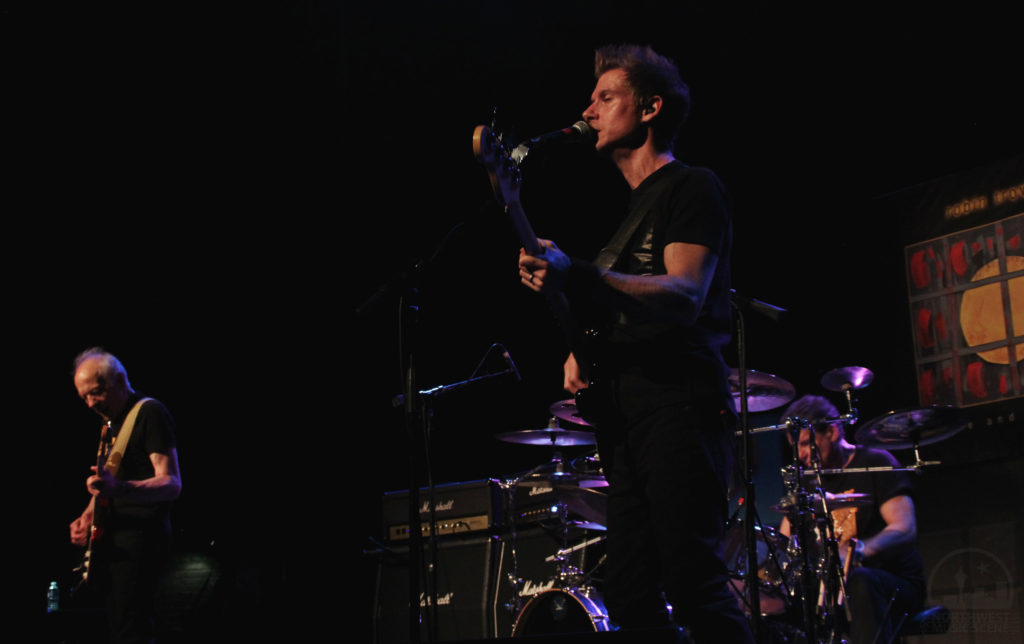 The living guitar legend took the stage at about 9 p.m. starting his set off with “Too Rolling Stoned” from the timeless Bridge of Sighs album that came out in 1974 and affected and influenced likely millions of guitar players worldwide. The very competent band playing behind Trower these days is made up of Richard Watts on bass and on vocals most of the time, although Robin displays that he can sing when he wants to. Chris Taggart was sitting behind the drum kit and he along with Watts laid down a solid foundation for which the guitar god to do his thing and Watts’ vocals were spot-on all night long. 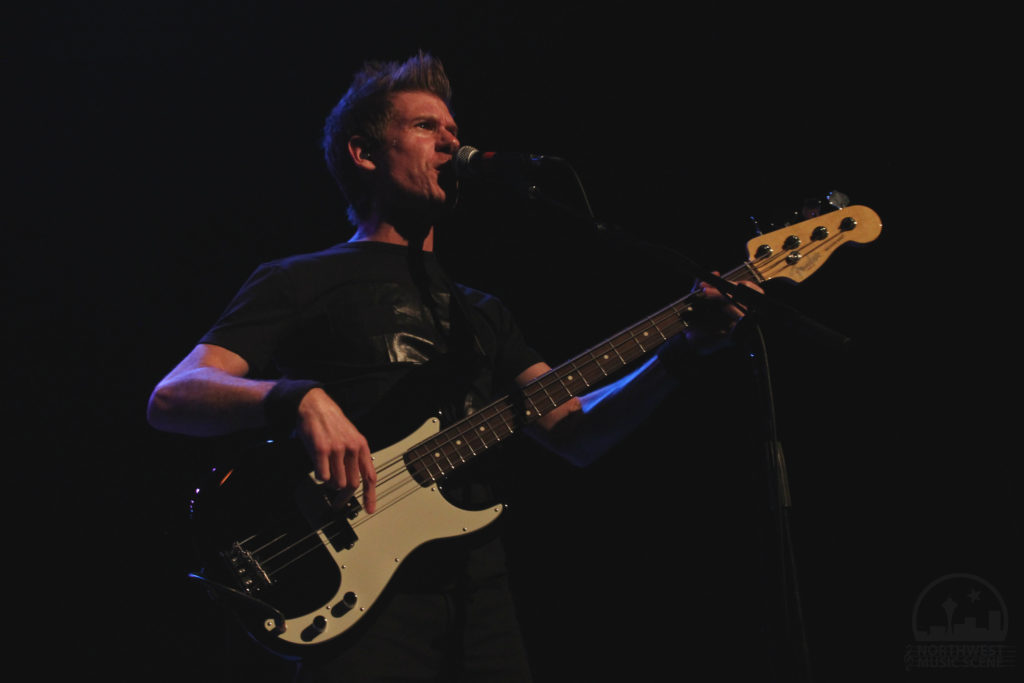 Trower is a man of few words on stage, preferring to let his guitar do the talking for him, but it was pretty clear that he was having a blast and at 72 years old, why wouldn’t he be? As he rumbled through the set that included at least four cuts from Bridge of Sighs, every time he hit a note he seemingly liked, his face contorted and mimicked what he was playing on the guitar. At other times he would almost mouth out the notes as he shredded, always right in the moment. Some of these songs he’s played thousands of times but he doesn’t seem tired of playing them yet and that’s a good thing, because it’s pretty fascinating to watch him rip these classics live. 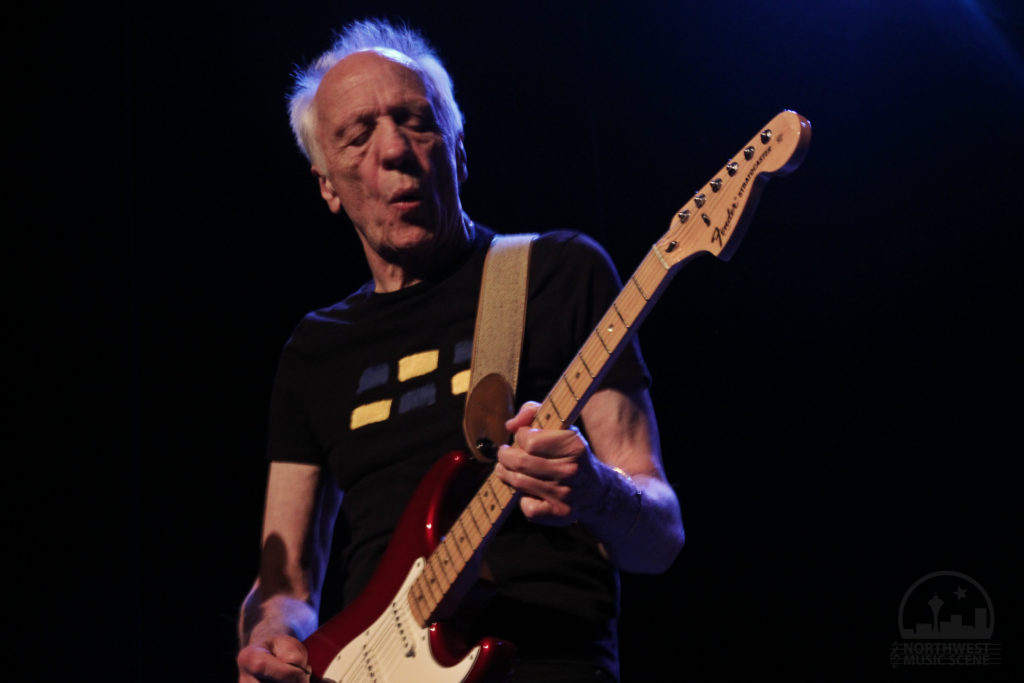 Midway through the set the band busted out with the opening licks for “Day of the Eagle” and really got the lively crowd even more lively. As the opening track from the aforementioned 1974 album came to a ferocious end Trower stood alone in the center of the stage, left hand starting to hammer the unmistakable beginning to the title track from that same album. That had the crowd locked in and loving it. As Trower took the audience along with him for a massively long version of “Bridge of Sighs,” you could feel the absolute raw emotion that comes out in his music, especially in that song. It’s a psychedelic doom blues rock number that just cuts through to your soul and Trower played it spot on, although he heavily improvised during the several minute long solo that had me and probably many others in the crowd in a guitar tone induced trance. The crowd weren’t the only people in the room in that state of bliss though, as the balding gray-haired 72 year old himself seemed to be transported to another place and time as he stood center stage with his head cocked back and just feeling it, feeling every note as he shaped them on his now warmed up Strat. It’s like there is absolutely nothing else happening on the planet at that very time. 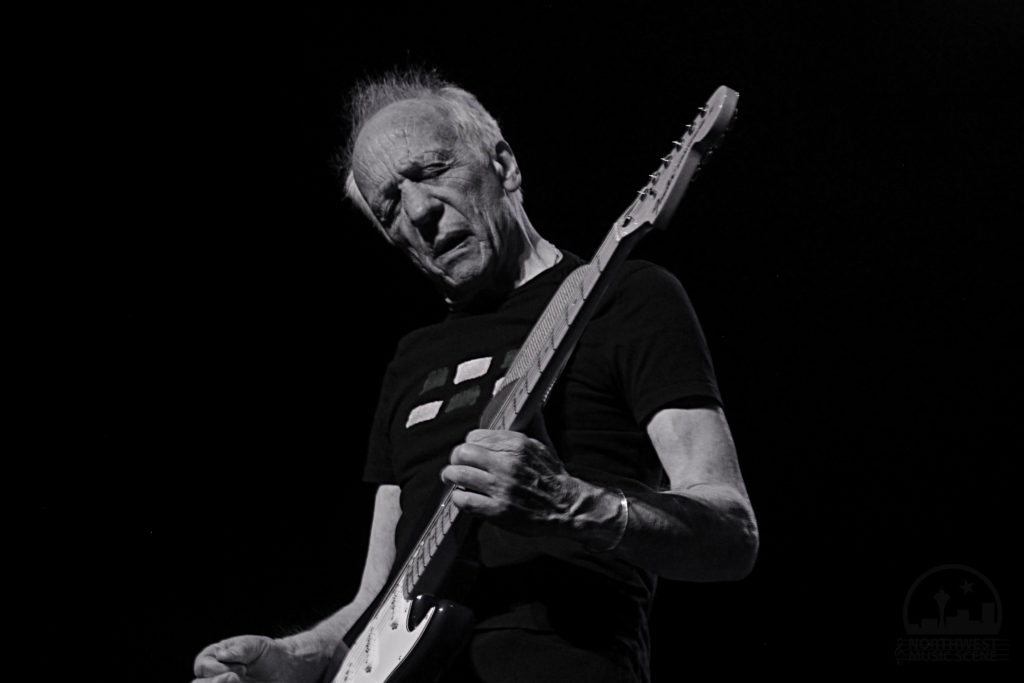 They played somewhere around 13 songs and while it felt like it ended quickly, he did play for close to an hour and 45 minutes. I’ll let you do the math on the length of the songs. During the show, outside on the street and even on social media later on, the thing people always mention is his tone and he certainly put on a guitar tone clinic inside the Moore Theatre. Can’t wait until he comes back to Seattle again, I’ll be there for sure.