Music fans of the Pacific Northwest, get ready for our fourth annual year-end daily local music showcase, 100 Bands in 100 Days, where every day until December 31st, we’re showcasing a new band or artist you have to know about, presented by Verity Credit Union. Make sure you are checking the #100Bands100Days hashtag at Twitter on the daily to stay on top of all the bands featured and make sure to follow Verity on Twitter and NW_Music_Scene as well. Some days the featured act could be an established and locally-adored northwest-based musician and other times they could be a band with a small following that just hasn’t had their deserved time in the sun yet. Either way, we’re fairly confident you can come away from this daily segment with plenty of new favorites. Today’s featured artist is Lusine. 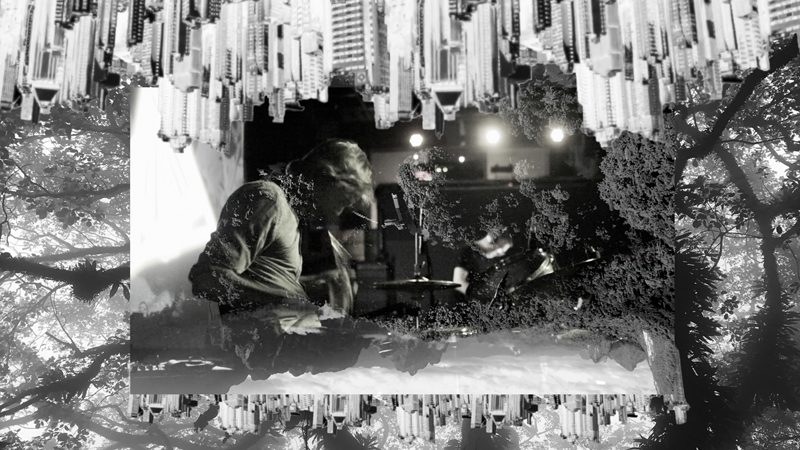 Back in February of this year we reviewed Sensorimotor from Lusine, (aka Jeff McIlwain), a Seattle based electronic artist, specializing in experimental techno.

From his early releases as Lusine onward, Jeff McIlwain’s electronic explorations blur the lines between techno, electro-pop and experimental composition, the Texas-raised/Seattle-based producer’s arrangements are meticulously constructed, but also filled with emotion and soul. With an introspective turn that’s hinted at in the record title, Lusine’s fourth album for Ghostly sees McIlwain diffusing the pop-leanings of 2013’s The Waiting Room with opaque, brush-stroked melodies washing over these new buoyant productions.

On his new album, Sensorimotor (out on March 3rd from Ghostly International), McIlwain’s reliable instincts lead to a collection of some of his strongest songs to date. “Canopy” gently sets the record in motion in front of grey architecture with swirls from a music box, which builds into a pulsing, trance-like instrumental chorus of digital sounds trapped in the ether. “Ticking Hands” follows with McIlwain and his wife Sarah singing about the difficulties of being separated during tours and sounding as good as any single The Postal Service ever doled out.

Other magical vocal contributions from Benoît Pioulard spill into a frantic loop of densely nonsensical utterances and frequent collaborator Vilja Larjosto’s voice weaves in between a smearing of electro pop McIlwain has nearly perfected in recent years. While these numbers are without a doubt engaging and give the record depth and color, the heart of this album is found in-between. The aptly titled “Chatter” enters mid-album with gentle woodwinds reminiscent of being a child playing echo games in a tunnel or a cave. “Flyaway” quick steps melody and visceral beats in a blur of machine and clinking hand percussion. By the album’s end, McIlwain is aggressive as ever, lifting breaking beats and pulsating synths into the atmosphere.

Sensorimotor expands on the glitchy blips and collaged sounds McIlwain has expertly spliced between Detroit techno and ambient synth on prior releases. He’s created a soundscape where his experimentation and instinct give more than they take. McIlwain’s consistency within the electronic music continuum points directly to his thirst for discovery and on Sensorimotor he avoids circling around to past successes; he soars like a bird with a direction all his own.

Below is a live video from Neumos featuring Lusine with Trent Moorman on drums.

(You can listen to “Slow Motion” below or sample some of the other tracks from Sensorimotor HERE. You can also get more info about Lusine on Facebook HERE.)