Music fans of the Pacific Northwest, get ready for our fourth annual year-end daily local music showcase, 100 Bands in 100 Days, where every day until December 31st, we’re showcasing a new band or artist you have to know about, presented by Verity Credit Union. Make sure you are checking the #100Bands100Days hashtag at Twitter on the daily to stay on top of all the bands featured and make sure to follow Verity on Twitter and NW_Music_Scene as well. Some days the featured act could be an established and locally-adored northwest-based musician and other times they could be a band with a small following that just hasn’t had their deserved time in the sun yet. Either way, we’re fairly confident you can come away from this daily segment with plenty of new favorites. Today’s featured artist is Old Coast. 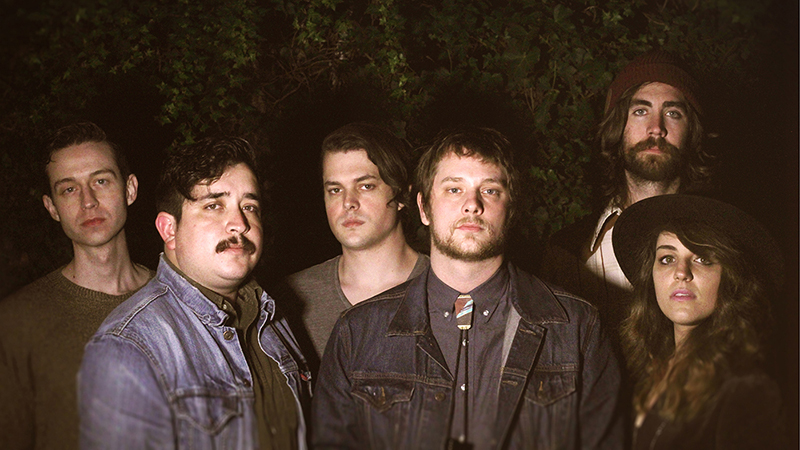 Today’s band doesn’t have a gigantic catalog in which to choose from, in fact they’ve released just one single but based on the strength of that one song we’ve decided to include them. While they certainly aren’t inventing a new genre with their Americana-ish sound, they have honed their craft well enough to stand out among the crowd.

Seattle-based Old Coast melds a spirited and diverse mix of whisky drinking desert songs with driving indie rhythms and hard working, old time harmonies, to create a unique brand of Pacific Northwest Americana. They are a six-piece, up-and-coming Indie-Americana band based in Ballard. They have been steadily growing their fan-base and teaming up with other local acts to play Seattle-area venues and festivals. They currently have their debut single “Walls” available for streaming on all platforms(see below) and are set to release their second single, “Move On” within the next few weeks. The band plans to record its debut album in early spring of 2018.

If you’d like find out what they sound like live, Old Coast will be playing at Tractor Tavern on October 21 with Heels to the Hardwood and Eric Tollefson Band. Get more show info HERE.

(Listen to “Walls” below via Bandcamp and you can get more info about Old Coast on Facebook HERE.)