Music fans of the Pacific Northwest, hello and welcome back to our third annual year-end daily countdown, 100 Bands in 100 Days, where every day until December 31st, we’re showcasing a new band or artist you have to know about, presented by Verity Credit Union. Follow the #100Bands100Days hashtag on Twitter to stay on top of all the bands featured and make sure to follow Verity on Twitter as well. Some days the featured act could be an established and locally-adored northwest-based musician that perhaps you haven’t been turned onto yet, and other times they could be a band with a small following that just hasn’t had their deserved time in the sun yet. Either way, we’re fairly confident you can come away from this daily segment with plenty of new favorites. Today’s local band comes to us from Seattle, but their lead member for which the band is named has had a long and rich past all around the world, Saint John and the Revelations! 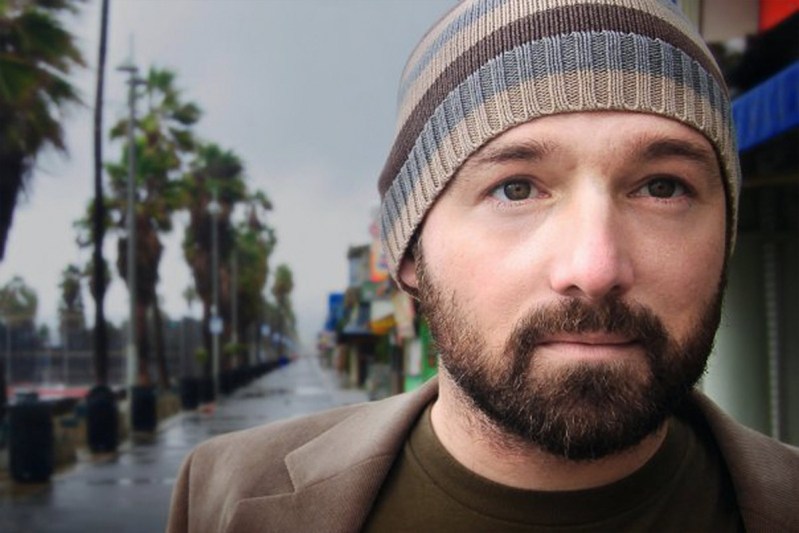 Sometimes you come across an origin story to a band or artist that really blows you away, and the story of northwest native Saint John is truly one for the ages. The singer-songwriter had humble beginnings, having been born in Victoria, B.C. before moving to California from a very young age, and eventually became a hitchhiking busker all over Europe, never staying in one place for long enough to be considered a part of their music scene. With nothing but a guitar and his emotive, compelling singing voice, he would hone his craft as a solo performer through these precarious busking performances, and eventually decided to live in California yet again, where he penned two solo albums of original material. He would ultimately call Seattle home, however, and together with his band, the Revelations, Saint John continues to captivate audiences both big and small to this day. Saint John and the Revelations’ music, which covers everything from alternative rock to indie folk to acoustic pop, features Saint John’s expressive acoustic guitar and singing, and his backing band compliments his intimate playing without overshadowing him or making things seem grander than they need to be in order to be emotionally potent.

Saint John and the Revelations’ latest release was a five-song EP titled Welcome, a collection produced and recorded by Peter Buck (of R.E.M. fame), and an EP that sees Saint John and his band continuing to put their heads together to write and perform top-notch rock and folk music that’s impassioned and lyrically cutting. At points, the Welcome EP sounds like it’s trying to hearken back to mid-’90s indie rock in its guitar tone and steady pace, but throughout the EP, you get the full range of Saint John’s many different musical influences. “Mercy” is a whisper-quiet acoustic ballad that feels extremely forlorn in its tone, and even when the rest of the band comes in for a nice climax towards the end, it maintains its down-to-earth tone that really sells the track. Outside of his tight studio music, Saint John and his band are staples in the Seattle live music scene, with Saint John performing anywhere from three to seven nights a week, always drawing a crowd that’s drunk off his music and the certain atmosphere that comes from seeing him live.

You can follow Saint John and the Revelations on Facebook and Twitter, and keep up with the Saint John and his band through their official website, sjatr.com. You can purchase the Welcome EP and more through sjatr.com/store. Watch Saint John perform his song “Madman” live in a forest below via YouTube.