Music fans of the Pacific Northwest, hello and welcome back to our third annual year-end daily countdown, 100 Bands in 100 Days, where every day until December 31st, we’re showcasing a new band or artist you have to know about, presented by Verity Credit Union. Follow the #100Bands100Days hashtag on Twitter to stay on top of all the bands featured and make sure to follow Verity on Twitter as well. Some days the featured act could be an established and locally-adored northwest-based musician that perhaps you haven’t been turned onto yet, and other times they could be a band with a small following that just hasn’t had their deserved time in the sun yet. Either way, we’re fairly confident you can come away from this daily segment with plenty of new favorites. Today’s featured artist, local to Portland, is definitely a left-hook in our segment thus far, but is definitely deserving of the buzz surrounding his work, GLASYS. 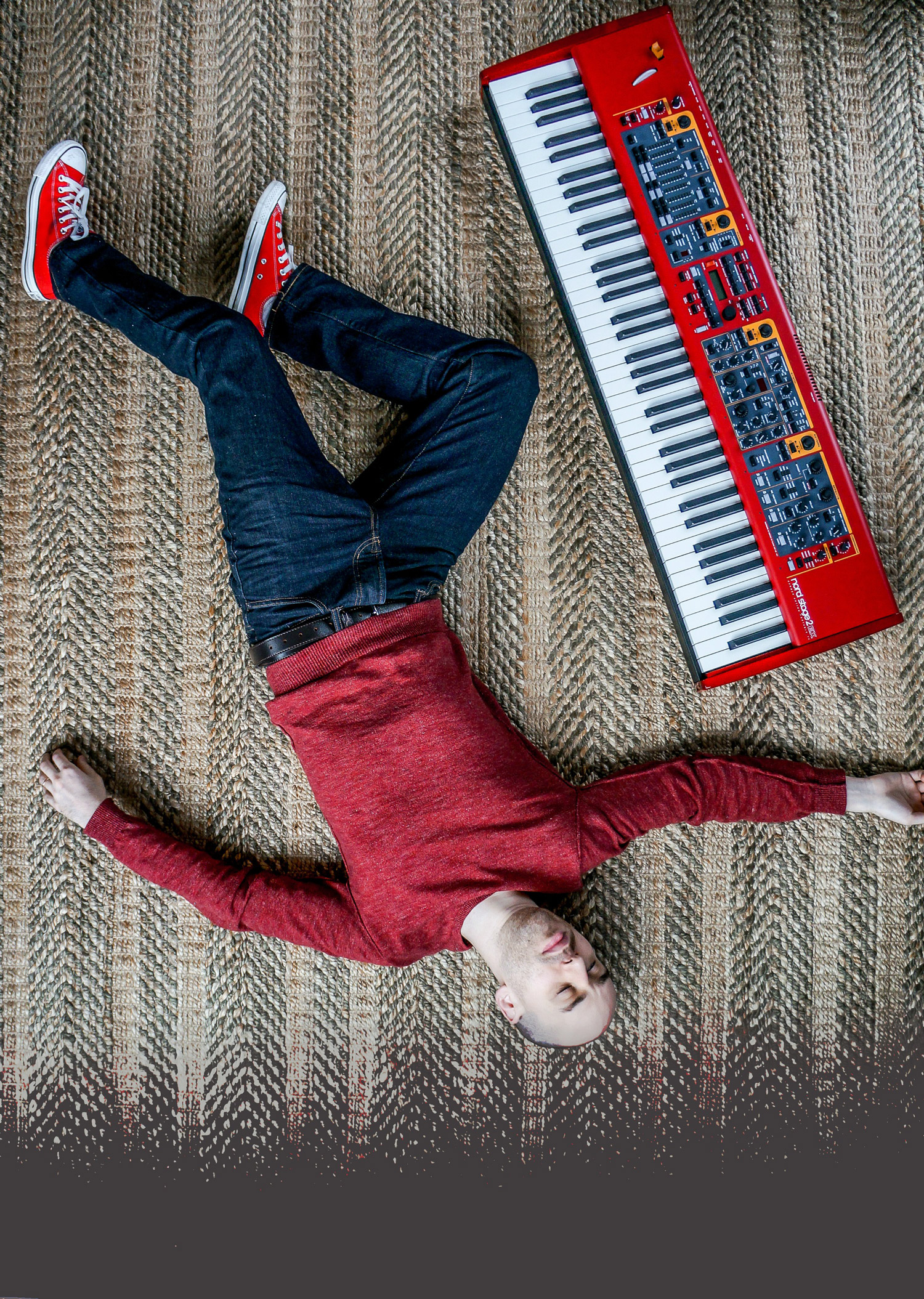 Somewhat of a newer face in Portland’s music scene, singer-songwriter and multi-instrumentalist Gil “GLASYS” Assayas relocated to the Rose City from Jerusalem, Israel late last year, where he’s been captivating locals of all shapes and sizes thanks to his bold and adventurous crossroads between various styles of music; everything from indie pop to classical music to electronic music shows up in GLASYS’ intricate and densely-layered compositions, which are built heavily on masterful keyboard and synthesizer work. You can pick up a bit of James Blake in his style, another contemporary whose work blurs the line between electronic music and person-behind-piano singer-songwriter music, but GLASYS subverts the comparison. While Blake’s music has somewhat of a deliberate rough-around-the-edges quality, GLASYS’ music feels extremely skillful not only in its performance, but how each piece of the puzzle falls right into place to create an end product that’s accessible, while simultaneously offering a lot for production nerds to really sink their teeth into.

A couple extremely promising singles led up to the release of GLASYS’ debut EP, The Pressure EP, released in mid-September. The five songs that comprise The Pressure really drive home what makes GLASYS such an impressive new face, with songs that, while they may be pop songs at the end of the way, they feel anything but by-the-numbers or amateurish. Lead single “The Great Abyss” leaves an impact through its trip hop-esque live drums (courtesy of Philip Wiseman), as well as the song’s cascading soundscape, which is both atmospheric and impeccably textured. Assayas’ vocals are front-and-center throughout the EP, and his singing voice has a unique tone for music of this style, having a surprising amount of gusto and passion for a style of music whose vocals are typically light on the ears, and way further away in the mix. Despite electronic music being the umbrella under which the music falls, Assayas’ progressive production and soulful vocals are enough to recommend the EP to listeners that may usually be turned off by synth-led music.

In the vast and overwhelmingly varied music scene that Portland has, the music of GLASYS stands out as music that expertly appeals to both detail lovers and cutting-edge alternative pop fans. Don’t sleep on GLASYS.