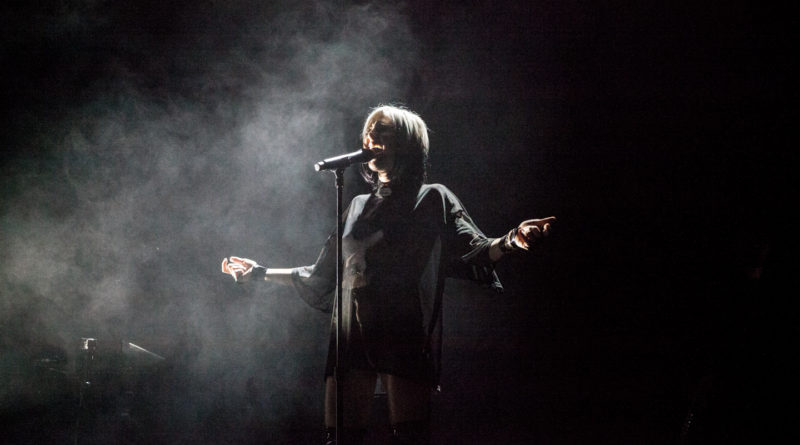 The Phantogram duo formed in New York in 2007, and since then, Josh Carter and Sarah Barthel have released three records. On this very special day, it was actually the official release day of Three, and along with their sold-out Paramount performance, they also played an EndSession earlier in the day for a few lucky fans.

The production was very cool, as they used a front scrim for the first four songs, and then later in their set again that was used for projections. There was a lot of cool lighting and sometimes they reminded me of a Muppets show. Even when the scrim came down, there wasn’t much change to being able to see them even from up close. When you looked at each of them standing, you could see the other person’s shadow projected right behind them, which was really well done. The lighting remained low for the whole performance making it hard to see them at all, but it added a very mystic element to the live. 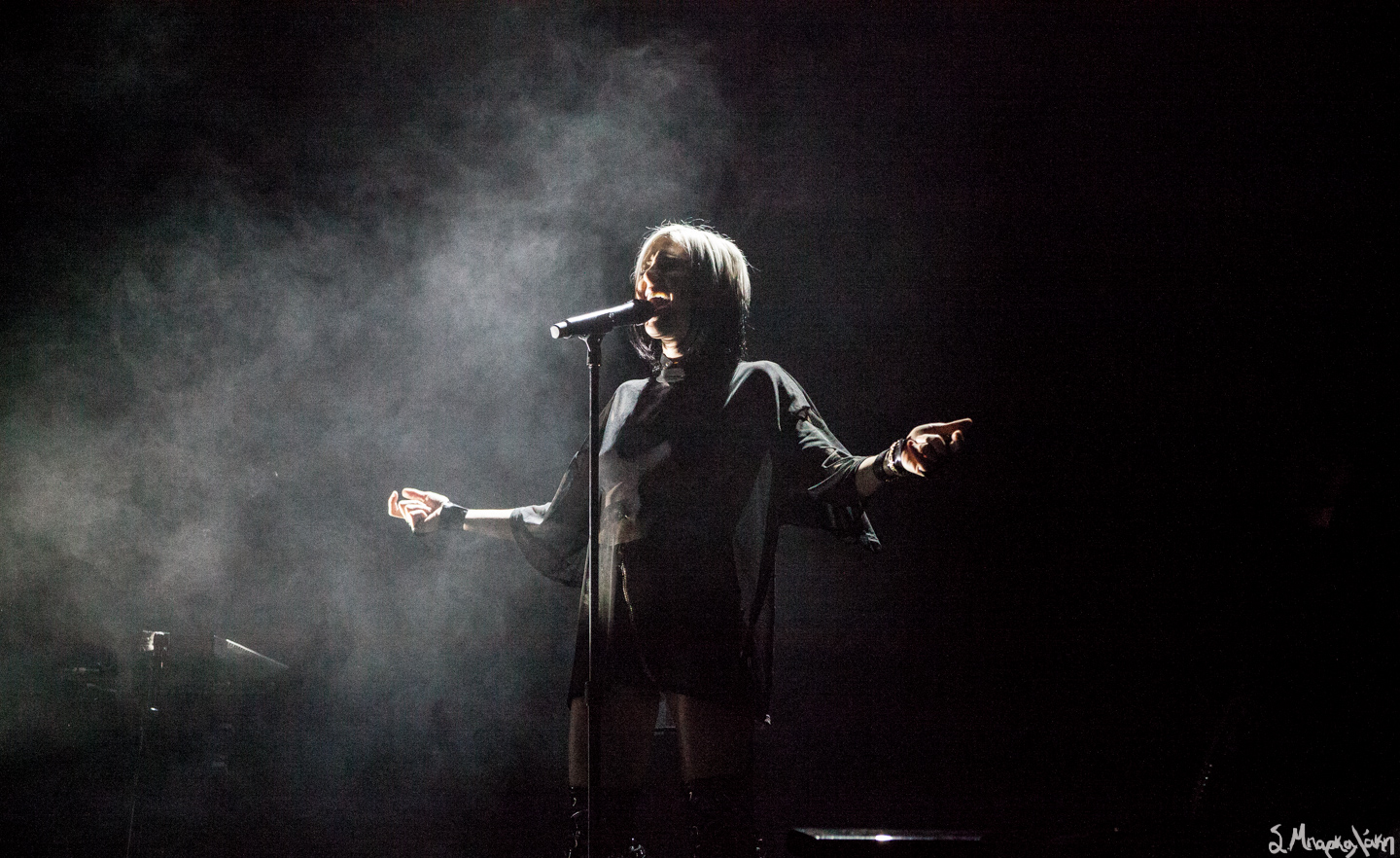 The set started with new track “Funeral Pyre,” followed by hits “Don’t Move,” “Black Out Days,” and the 16-song set ended with “Fall In Love” and their newest smash, “You Don’t Get Me High Anymore.” The duo, who first signed with prolific Seattle indie label Barsuk Records, brought up how much they like playing Seattle and recalled their first time. “We played the Chop Suey to about five people who probably were from Barsuk.” That has changed over the last few years, as they keep collecting an adoring fan-base around the world.

Barthel and Carter also formed Big Grams with OutKast’s Big Boi and toured this last year supporting the eponymous record. We also caught them supporting Muse last December and at Sasquatch! with Big Grams, and it’s always a great time seeing them live. 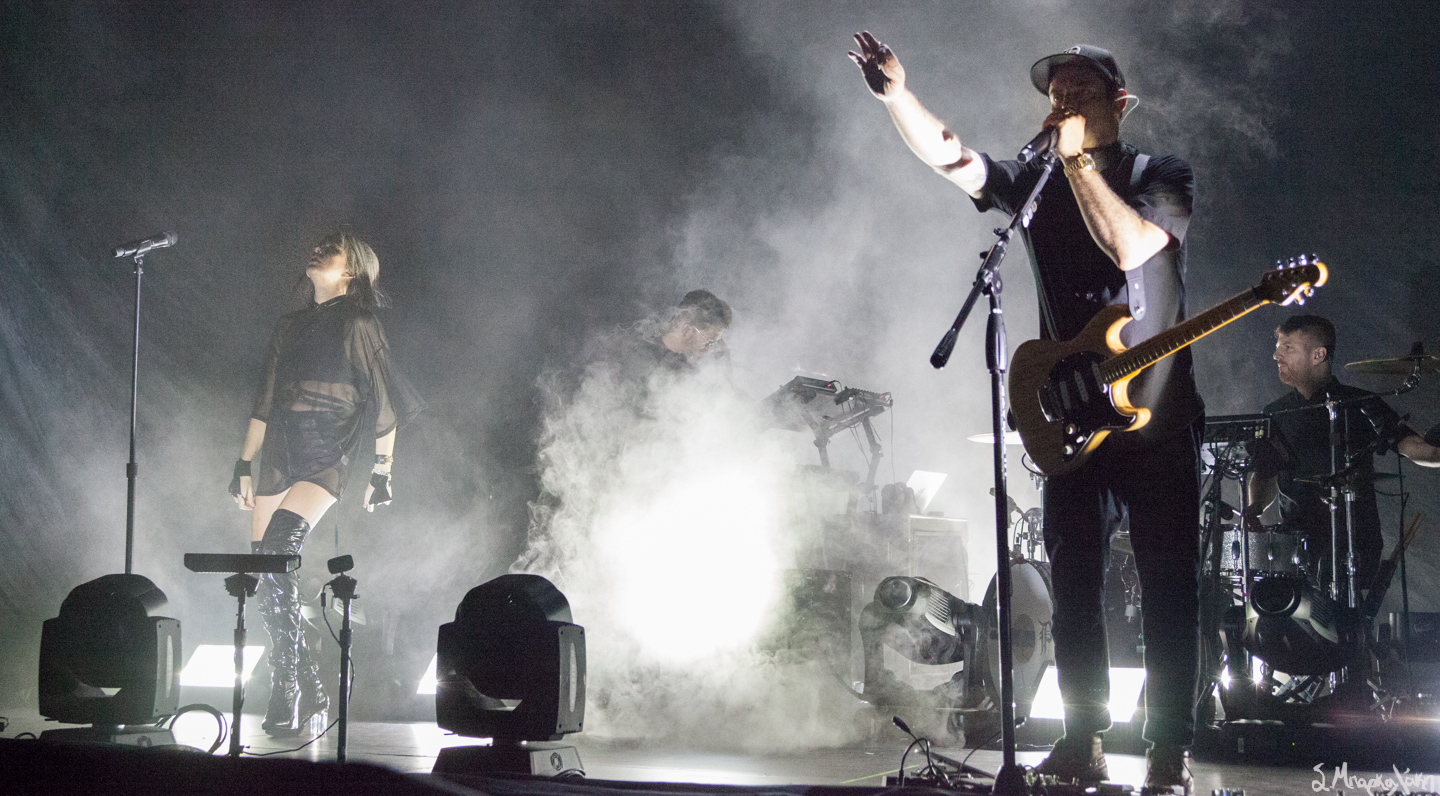