Music fans of the Pacific Northwest, hello and welcome back to our third annual year-end daily countdown, 100 Bands in 100 Days, where every day until December 31st, we’re showcasing a new band or artist you have to know about, presented by Verity Credit Union. Follow the #100Bands100Days hashtag on Twitter to stay on top of all the bands featured and make sure to follow Verity on Twitter as well. Some days the featured act could be an established and locally-adored northwest-based musician that perhaps you haven’t been turned onto yet, and other times they could be a band with a small following that just hasn’t had their deserved time in the sun yet. Either way, we’re fairly confident you can come away from this daily segment with plenty of new favorites. Today’s local band comes to us from the Cascadian wonderland that is Bellingham, WA, with a sound distinct not only to their hometown, but the northwest at large, Celestial Navigation. 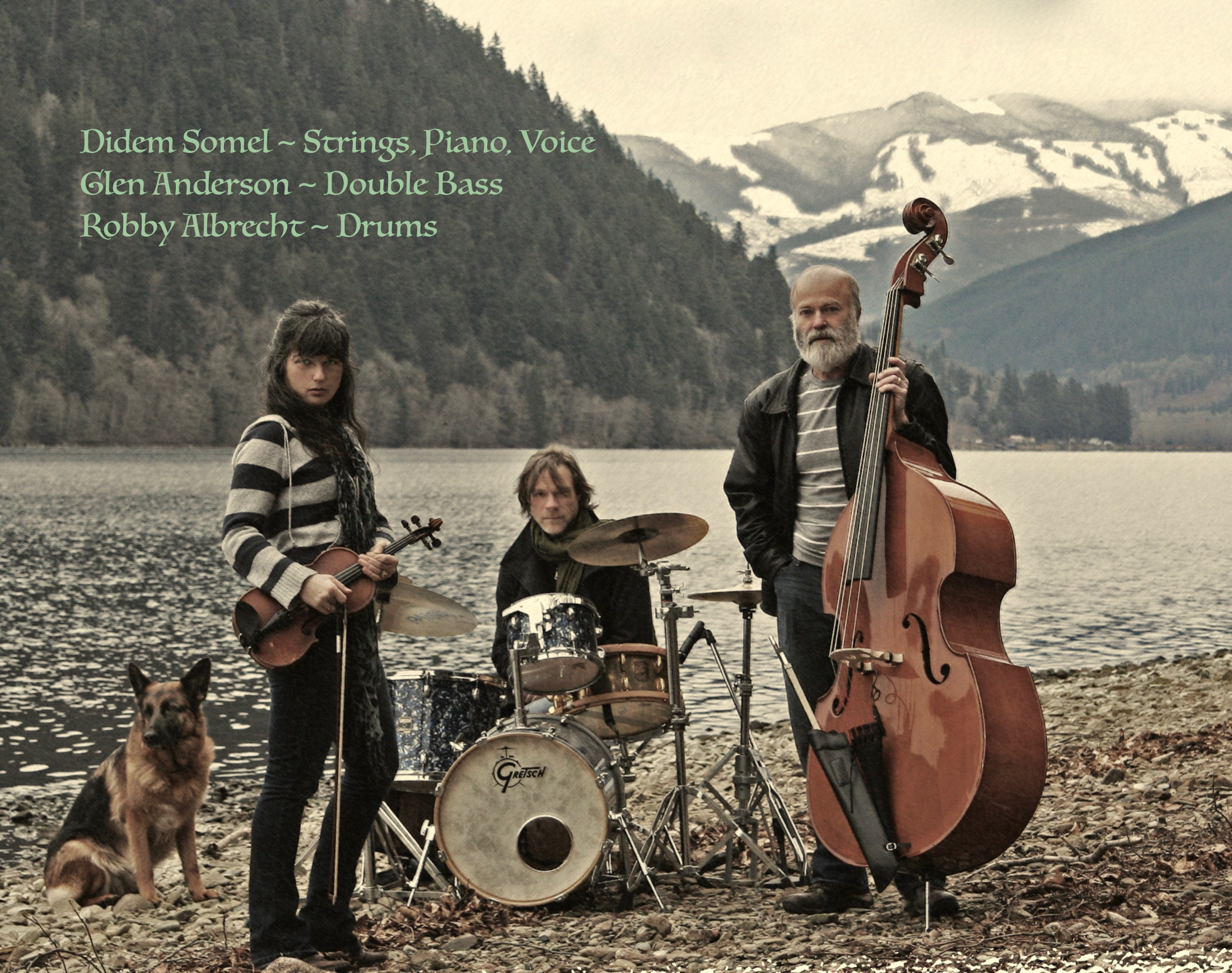 Celestial Navigation is a northwestern avant-garde trio that hopes to leave their mark among our local scene through a complex and instrumentally-labyrynthine sound that sounds like no one else around these parts. Through a laundry list of instruments, including piano, violin, mandolin, double bass, and many others, Celestial Navigation writes and performs worldly (and in many ways otherworldly) jazz music that’s challenging and progressive, and feels anything but dime-a-dozen or traditionally accessible. Eastern European native Didem Somel is the group’s most vital member, a classically-trained powerhouse who composes the trio’s music, lends the band’s music her odd vocals, and performs a myriad of different instruments across their tracks. The presence of Glen Anderson’s upright bass on their tracks is subtle, but adds nice low-end to their complicated, but expertly realized arrangements. Robby Albrecht rounds out the trio with his work on percussion, as well as an admirable job producing and engineering the group’s studio material.

Celestial Navigation has been heralded as a reputable live act, whose live performances feature the band’s skillful improvisations, as well as really showcase just how much chemistry and fire there is between their three members. However, the band also found a whole new fan-base that hasn’t had the opportunity to see them live through their studio album Southern Cross, released in December of 2015. The transcendent album may be difficult to digest, but the immense talent that went into the album, as well as the extremely enrapturing vibe of the album, makes it a pretty intriguing listen from beginning to end. In our own review of Southern Cross, we described the album as, “a cacophony of sounds woven into an otherworldly tapestry.” While we conceded that Southern Cross certainly wouldn’t be for everyone, we endorsed it wholeheartedly, saying, “This provocative album is for the person who is bored with all the usual suspects and wants something that is not only intellectually stimulating, but desiring an insight into the existential soul. It’s beautiful and stunning.”

Fans of northwest music looking for something that will challenge you, as well as leave an impression on you that you won’t soon forget, we recommend diving headfirst into the mystical world of Celestial Navigation.

Follow Celestial Navigation through Facebook or their website, celestialnavigationmusic.com. You can purchase Southern Cross through celestialnavigation1.bandcamp.com. Read our full review of the album here. Watch the music video for the song “Red Giving” below via the band’s YouTube.