Music fans of the Pacific Northwest, hello and welcome back to our third annual year-end daily countdown, 100 Bands in 100 Days, where every day for the last 99 days we have been showcasing a new band or artist you have to know about, presented by Verity Credit Union. Follow the #100Bands100Days hashtag on Twitter to stay on top of all the bands that we featured and make sure to follow Verity on Twitter as well. Some days we featured acts that could be an established and locally-adored northwest-based musician that perhaps you haven’t been turned onto yet, and other times they could be a band with a small following that just hasn’t had their deserved time in the sun yet. Either way, we’re fairly confident you came away from this daily segment with plenty of new favorites. Today’s musical offering is a band called Big Wheel Stunt Show from Tacoma. 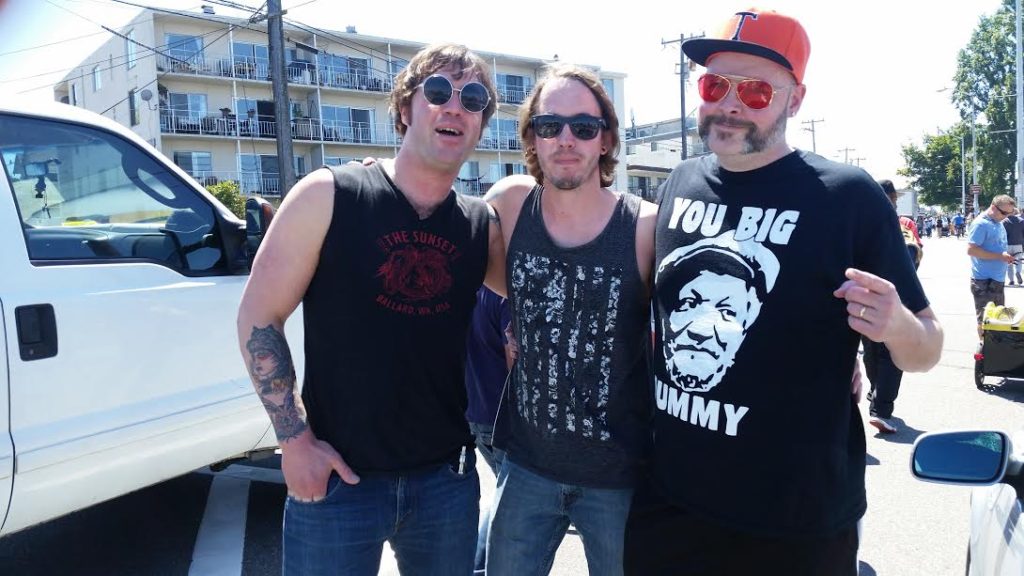 Well this it. Day 100 of 100 consecutive days featuring a different local band each day. One thing you may or may not have noticed is that although we love all northwest bands, we tried really hard to tell you about bands that haven’t appeared on our website before or if they had, it had been a while. We also used a submission method because we wanted to hear from those bands that get very little local press, whether it is this site or others. We had hundreds of submissions and we are pretty damn happy with the selection of bands and while this is in no way the definitive list of the top 100 northwest bands, there are plenty on this list that should be on anyone’s top list. Our hope is that you discovered some new northwest bands to support and to love.

The NorthWest Music Scene got its start on Facebook nearly seven years ago now and a year or two before we had an actual website. When we started we were very active with pumping local bands on the Facebook page and it wasn’t long before we teamed up with KGRG to do a weekly feature called NorthWest Music Scene’s Top 5 at 5 that ran every Friday for several months. One of the bands that consistently made it onto the airwaves in those early days of our existence was a band called Big Wheel Stunt Show, who in a very bizarre coincidence happens to be our 100th band in the series. I have to be honest that they are probably my(the editor) favorite local band and their live shows have always been off the charts. I mean how often do you see a guitar player jump on top of a bar, shredding the hell out of his axe while kicking over drinks and stepping on phones? Not enough that’s for sure.  But even though they are the editor’s favorite local(or close to it), they haven’t appeared too much on this website, basically because we don’t play favorites, even with our own favorites.

The Big Wheel Stunt Show began cutting their very own way through the Puget Sound Cloth back in 2009. Gig after gig, wherever they could find their way onto a stage… they began finding a home amongst varied groups of northwest artists and music aficionados….Who were these guys? Who are these guys?

A trio that just wants to have some fun, while blowing a few minds. Ask any of them, and they’ll tell you how incredible it is to play for a single person, or in front of a sea of faces. The BWSS has been, and will always be, about the feeling produced during a live show. There’s nothing like it, as far as they are concerned. Whether it is Jake Melius and the brutal mastery of his trademark Rickenbacker bass, Evan Nagle’s mind-blowing guitar work or Justin Gimse’s locked in meter behind the kit, these guys have always had what it takes to be included in the upper tier of local heavies.

Big Wheel Stunt Show has appeared live for a set on KEXP, they have been Loud and Local Band of the Week two times on KISW and even mixed it up live on the Bob Rivers Show and the now defunct 104.9 The Brew. Hundreds of rock shows and and all that, led to magazine coverage and radio play from Brazil to Spain and London. The Big Wheel Stunt Show has probably had songs played in more countries, than states in the US.

Fans can expect the LONG-AWAITED 4th BWSS full-length album in 2017 and IT’S ABOUT GODDAMN TIME!

(You can check out Big Wheel Stunt Show on Facebook, listen to them at Reverbnation and/or watch them live on KEXP below.)