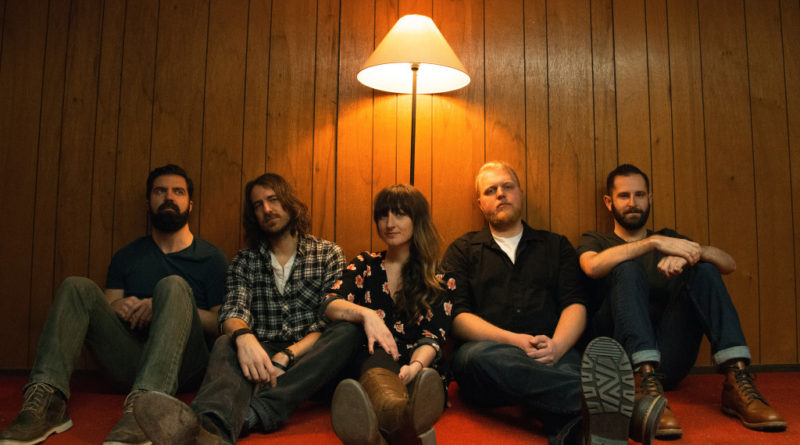 The album is the follow-up to 2013’s debut Debutantes and Dealers, which was produced by Seattle legend Barrett Martin (Screaming Trees, Mad Season, Walking Papers).

According to the band, the 13-track LP is a “deeper and darker” slice of Americana, delivered in “that way that makes you feel fearlessly optimistic and virile, like walking through the city late at night after a hard rain.”

Produced by Shawn Simmons (The Head and the Heart, Lemolo) and recorded over 26 days at Studio Litho in Seattle, Aura Vista derives its name from a former motel located on Highway 99 in Seattle. The location is now the band’s headquarters where they “write, rehearse, celebrate, argue, hone our music, and shoot our videos.”

“It’s haunted, and its the catalyst behind all that we do. You can heart it on this record, as each song plays like  guest in a different room; separate but united by our wayfaring desires and sordid expectations,” the band writes on its Website.

The album features a band fully in the prime of their musical expression, firing on all cylinders musically, lyrically and in the studio. Dual lead vocals feature on all the tracks, perhaps to best use on the rocker “Tipping Point.” In addition to the vocals, the track features a slinky guitar sound augmented by the pedal steel that subtly flavors the whole disk.

Also notable on the album is the track “Empty Hands,” a ballad that uses the rags-to-riches to rags story of Vivian Nicholson, who ripped through a fortune won by her husband’s wagering on British soccer. (The band urges you to look the story up. and you should, it’s fascinating.)

On a whole, the album is a sure thing, without a single misstep or misplaced tune. The band is solid, with the pedal steel guitar (provided by Matt Teske, also on mandolin) accentuating and appearing on nearly every track. Vocally, Bradley Laina (also on guitar) and Tayler Lynn flow together seamlessly, both accentuating and contrasting each other, depending on the song. The bottom is nailed down by Robin Croen on bass and Bryce Gourley on drums.

(Aura Vista Motel will be available on May 6th at all the usual online spots, as well as at the band’s website, http://www.vaudevilleetiquette.com/. Watch the music video for advanced single “Crosseyed Crazy” below.)