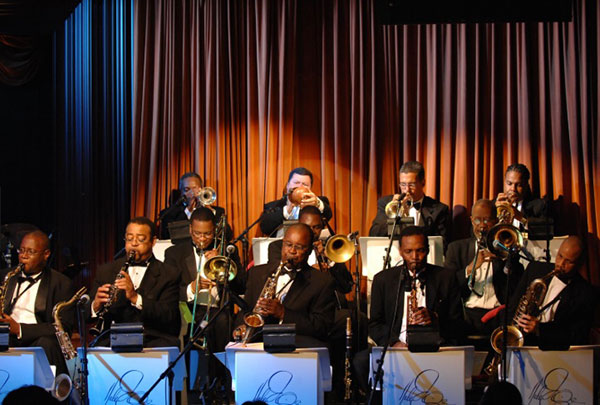 Tacoma Arts Live presents the American jazz music of The Duke Ellington Orchestra on November 2, 2019 at 7:30 p.m. at Tacoma’s historic Pantages Theater. Tickets start at $29 and are on sale now.

Composer, pianist, and bandleader Duke Ellington referred to his music as “American Music” rather than jazz. In his 50- year career, he composed thousands of scores and played over 20,000 performances all over the world with his orchestra. As one of the founders of big-band music, he remains one of the most influential musical figures, as well as one of the twentieth century’s best known entertainment personalities.

The Duke Ellington Orchestra thrives and celebrates his legacy through technically perfect and brilliant performances. Since his passing in 1974, his music has continued to transcend boundaries and time.

Ellington himself was quoted saying, “people do not retire, they are retired by others.” This rings true for the late, great jazz musician, since the orchestra has been performing for the past 88 years under the guidance of three generations of the Ellington family.

During the performance, hear Ellington originals including, “It Don’t Mean a Thing if I Ain’t Got That Swing,” “Sophisticated Lady,” “Mood Indigo,” “Satin Doll,” and “In a Mellotone.”