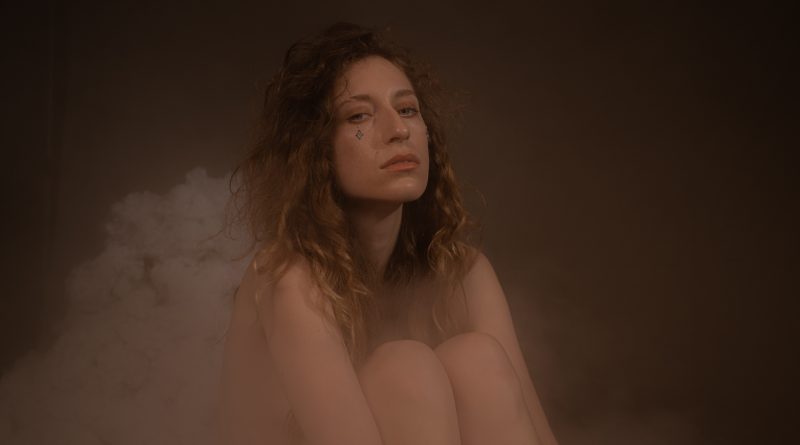 We were thrilled to chat with Maiah Manser as we’ve been fans since we discovered her around Seattle a few years ago. The once Seattle resident moved to Los Angeles a couple of years ago and we caught up with her about her upcoming tour dates, plans, music, and what’s been going on. She plays Seattle’s Barboza on October 30th and it should be a great show to catch. Her latest video is also out now and you can check it out below.

NWMS: How has the move to LA changed you artistically if at all?

Manser: Moving here for me was very beneficial for my mental health, I love Seattle, I was there for seven years but the weather really messed with me. At first it felt like the sun was mocking me here and for a while I couldn’t get out of the mindset of Seattle. I created a really dark sound when I lived there and I still do that but if feels like a weight has lifted since I get more sunshine now.

NWMS: I can see how that would work, I sometimes don’t understand how people can enjoy this weather all the time.

Manser: I will say this; I grew up in Bend, Oregon which is fairly sunny and in the desert. When I came to Seattle I was loving the rain, for quite a few years. As time progressed though I realized that I couldn’t do it anymore. When I made the decision to move, it did change my life as I already have to navigate my life through some anxiety and depressive habits. I really do miss my friends there and all the people but I had to do it.

NWMS: Tell me about the new single coming out and what’s been going on with that.

Manser: I’ve been releasing a lot of music over the last year, I took a break for some time because I was suffering from a vocal cord injury. This one will be the fourth single in about a year, and it’s called “DoLL”. It’s a fierce, sassy, forward song, and I’m really excited to put this one out. It feels like everything I’ve wanted to say about that word, doll, is such a female stereotype, and I feel that from the song I’ve been able to release this sarcastic anger out. It started and stemmed through a bad situation in a relationship but it also for me is a question to society. I’m ready for people to have it and feel that power from it too.

NWMS: Are you working all of this into a full length release?

Manser: My dream would be to make an album out of these songs because I love creating albums but I’m figuring that out at the moment. It might become an EP but we’ll see, I want to make it into a masterpiece either way.

NWMS: You’ve had an interesting journey so far and I wanted to ask how your life has evolved since you started off as Mary Lambert’s backup singer? Did you always want to become a solo artist?

Manser: I met Mary in college and I loved singing with her and we have a really great rapport with each other. I think I was nineteen when we first started and then things really took off for her which was awesome because she is so talented. She always knew I wanted to pursue a solo career and in a mutual understanding we parted ways after a while, not in any bad way of course. I learned so many valuable parts about the industry through her and seeing what she overcame; her story is very inspiring. I’m excited because I’m going to be featured in her upcoming album coming out in November called, “Easy to Leave.”

NWMS: Are you playing any other cities on your way up to Seattle?

Manser: Yes, I’m playing LA, San Francisco, Portland, and Seattle on this run. I’ll probably be coming back to Seattle a couple more times in the near future as well. It’s a really special place to me and I want to be coming back there more.

NWMS: What were your early years like, did you grow up in a musical family?

Manser: I am the only musical one in my family, for some reason I was just obsessed with it. My mom couldn’t figure it out but I grew up watching a lot of musicals and I think that really inspired my obsession. What I did all day as a kid would be draw, sing, and then dance around. I still do that now, so it’s funny how we can be almost the same people in a way as we were as a child. I grew up kind of teaching myself how to play the piano, how to sing, and how to find my own way. I believe I was eight when I started taking violin in the after school orchestra and that’s been my very early experience. It was this magical thing I figured out I could do and that would get me out of things I didn’t want to do sometimes so I loved it.

Manser: I’m releasing the music video on the same day as the song, and the whole concept is that we’re modernizing iconic female archetypes throughout history. We have a remake of a renaissance painting, we’ve got Swan Lake, the Virgin Mary, Medusa, a female academy award and it’s going to be great to share. Along with that I’ve worked with a designer to make reimagined doll dresses that will be coming out with the song.

Manser: I’ve been also designing and making my own merch and it’s been going well so I’ve been able to open up that visual art side of myself that I haven’t been able to do for a while.

NWMS: Do you find yourself using your art to heal and express times that have upset you?

Manser: Some of my songs are about my ex and they don’t seem that nice but it’s part of healing. I’ve actually sent my ex texts because I wanted to let them know that I was releasing something new. More like ‘Hey I’m releasing this song and I know that we’re cool now but I wrote this when I was pissed, don’t take it personally.’ It’s my therapy in a way releasing it to the world and not keeping it in.