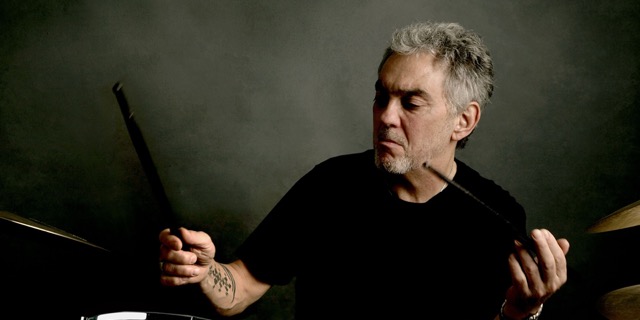 Steve Gadd is one of the most sought-after studio musicians, in the world. Regarded as one the most influential drummers in contemporary music, Gadd can play anything, easily bridging different musical styles. His feel, technique, and musicality on such tunes as Paul Simon’s “Fifty Ways”, Steely Dan’s “Aja”, and Chick Corea’s “Nite Sprite” were so awe-inspiring and his concepts so innovative that they instantly assured his special position in the history of the percussive arts.

Michael Landau is a prolific session guitarist who has played on a large number of albums since the early 1980s with artists as varied as Joni Mitchell, Seal, Michael Jackson, James Taylor, Helen Watson, Richard Marx, Steve Perry, Pink Floyd and Miles Davis to name a few. In addition to his session work, Landau has also fronted several bands including Raging Honkies and Burning Water. Michael is also leader of the Michael Landau Group.

Jimmy Johnson is an American bass guitarist best known for his work with James Taylor, Allan Holdsworth, Lee Ritenour and Flim & the BB’s. Raised in a rich musical environment, his father was a 47-year member of the Minnesota Orchestra’s bass section, his mother a piano teacher and accompanist, and his brother Gordon, also a professional bassist. In 1976, Johnson worked with Alembic and GHS to create one of the first 5-string bass guitars with a low B string.

Trumpeter and flugelhornist Walt Fowler moved to Los Angeles in the fall of 1975 and formed a band with his brothers known as “The Fowler Brothers Band.” In 1976, he recorded with George Duke on the “From Me To You” album, and numerous Johnny “Guitar” Watson albums. He toured with Flo & Eddie, Ray Charles, Buddy Rich’s Big Band, and Frank Zappa. Walt is also featured on a massive amount of major motion picture soundtracks over the past few decades, including; Man of Steel, Inception, The Dark Knight, X-Men, Black Hawk Down, & Pirates of the Caribbean.

Kevin Hays is widely considered to be amongst the most imaginative and prolific jazz pianists of his generation with 15 releases as leader, and over 60 appearances on recordings including collaborations with Brad Mehldau, Joshua Redman, Chris Potter and Bill Stewart. In addition to leading his own trio and other special projects, he has toured with many jazz luminaries including John Scofield, Roy Haynes, Sonny Rollins, Joe Henderson, among others.