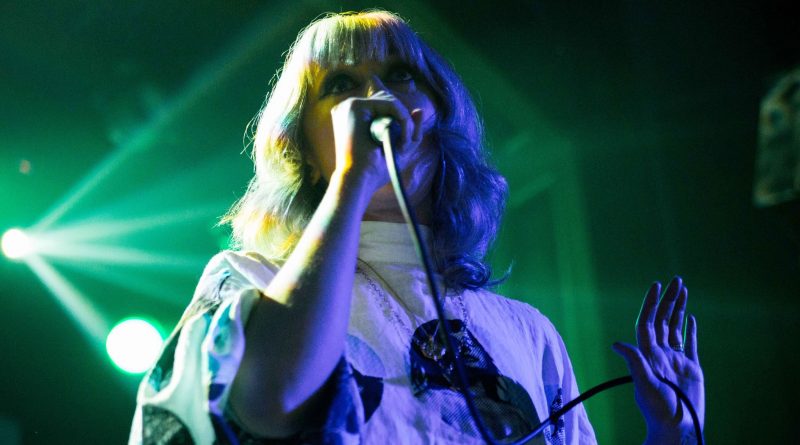 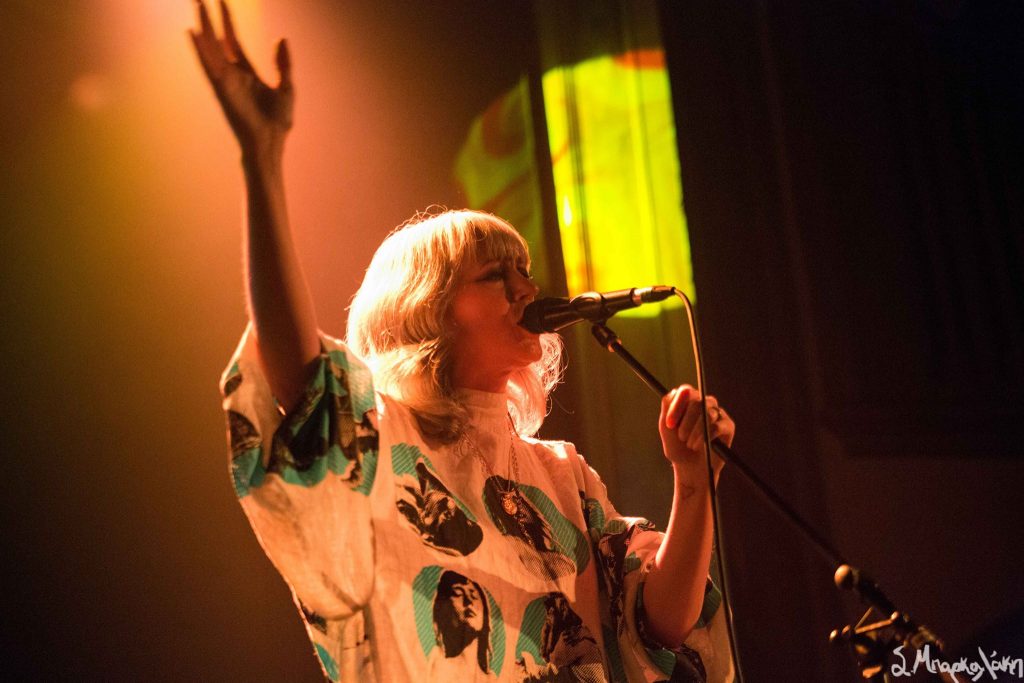 We were thrilled to hear that British electronic music band Ladytron was releasing new music after eight years and going on tour this winter. The band formed in Liverpool back in 1999 has released six studio albums, the most recent being a self-titled one, after the long wait from 2011’s, Gravity the Seducer. The current lineup consists of Helen Marnie (lead vocals, synths), Mira Aroyo (vocals, synths), Daniel Hunt (synths, guitar), and Reuben Wu (synths).

It was a wonderful surprise when we heard they were playing the Neptune, one of four U.S. dates they announced for December. We hope that next year they come back for a larger tour and more devoted fans can catch them. As we waited patiently the projector showed their album cover picture but as a cinemagraph making the forest flames come to life. After a short technical difficulty occurred the band was ready to start their sold out performance. 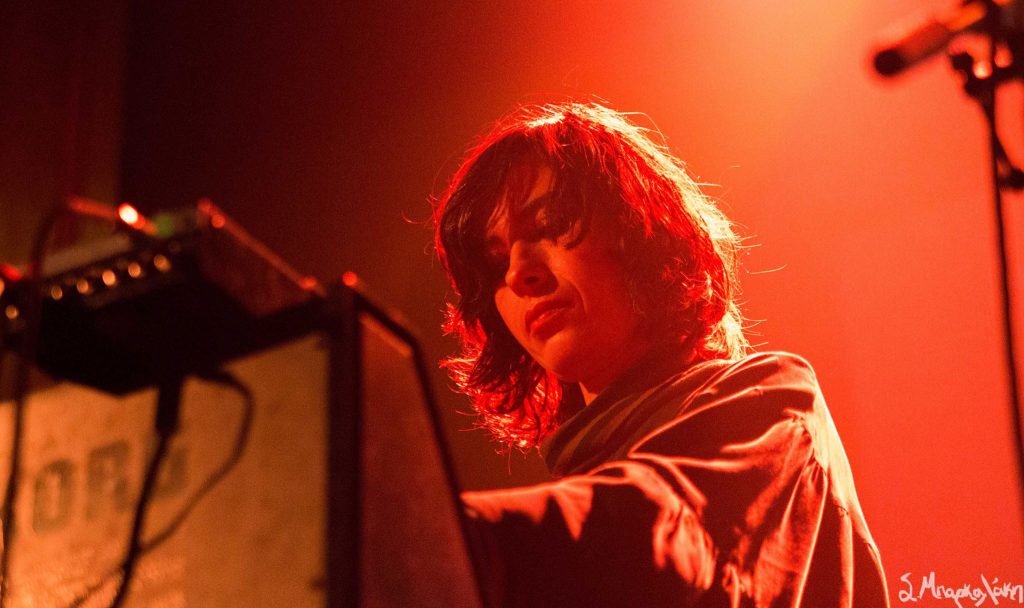 Fans gathered to the front of the venue and pushed up against the stage, a rare occurrence as there is almost always a barricade separating them a little more from the artist. Aroyo started the set with “Black Cat,” singing the vocals in her native Bulgarian and quickly captivating our emotions. Their airy electro-pop easily pulls you in and you almost feel elevated off the ground for the duration of their show. Their logo displayed in the projection behind them keeping the lights low for most of the night, accommodating the mood of their songs. Then Marnie took the lead with newer, “The Island,” and “Ghosts.”

The singers stood in the front mostly near their synthesizers as the other three members were in the back of the stage. The setlist was a good mix of their newer tunes along with older favorites which we enjoyed immensely. Fans really got into the show and danced around as they mouthed their lyrics moving side to side. The main set ended with “Discotraxx,” as adoring concert goers cheered and waited for an encore. 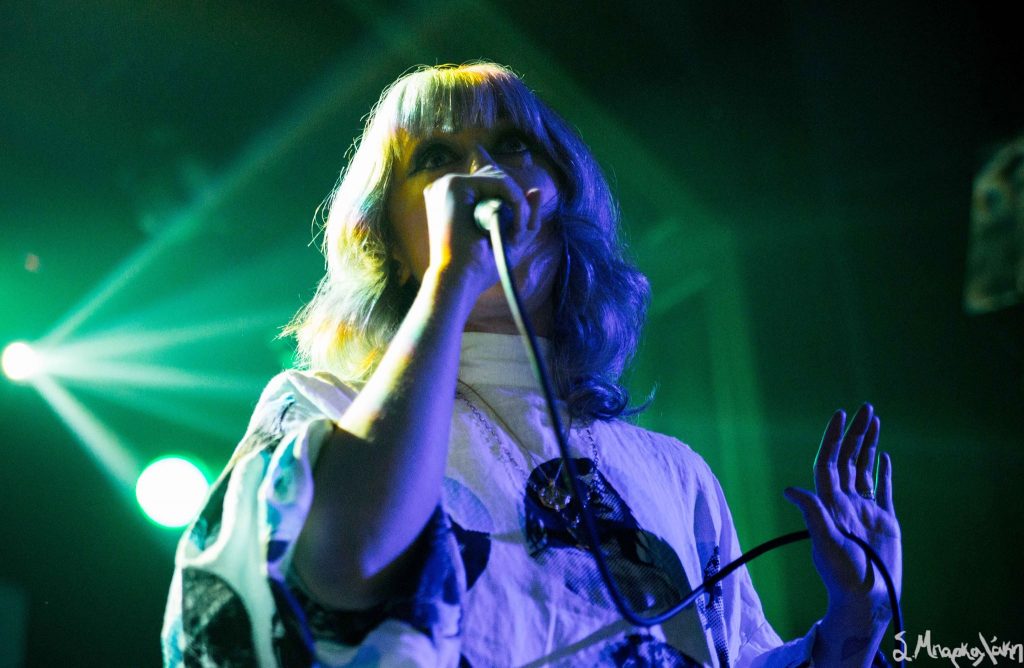 The band returned as the cheers became louder and thanked everyone saying, “Can we just stay in Seattle now?” They went on the play “White Gold,” “Seventeen,” and hit favorite, “Destroy Everything You Touch.” This night was everything we expected and much more. It’s not often we catch acts like Ladytron but when we do, we never take it for granted.