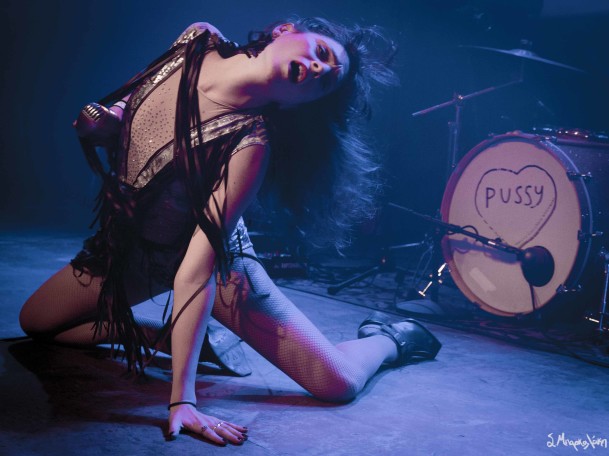 When 2014 ended and I took a look at all the shows I had been a part of I was pretty sure I couldn’t pass the set count of 155 again. Then 2015 began and I started being more active in posting show reviews on my own blog and working with Northwest Music Scene. I have been lucky enough to witness sets and take photographs of some of my favorite artists with the count for the year up to a staggering 238 bands seen and I sure was busy. Even though I have everything on a spreadsheet I still can’t believe the count.

While I attended plenty of festivals around the northwest such as  Sasquatch and Bumbershoot  I also traveled to the east coast for Bonnaroo and Firefly, as well as many, many club and arena shows. Below are my top 20 acts of the year, and while it was hard to choose from so many amazing shows, these are the ones that made 2015 memorable for me. Check out thw slide show at the bottom of the article for more photos or click HERE to see more.

It was a random night of going out to shot and the twin sister duo captivated me with their dream pop sound. They were on tour supporting their debut album Lucid Dreaming and that’s pretty much how we felt the whole time.

Another local band that I really enjoyed over the weekend at the Seattle Center. They played one of the smaller stages but there was not any space to sit or stand around. The band offers a variety of different folk indie sounds thanks to the different instruments played by the 6 members. It sometimes feels like a mini orchestra sound complaining about life’s trials and making it seem alright.

The Bergman siblings Elliot and Natalie found a way to my heart by being really captivating and incredibly cool to be around. After their album debut in 2013, Isles gained momentum that had them included on a few shows and movies. The latest to watch from them is their collaboration with Major Lazer “Peace Is the Mission”. We are also waiting patiently for the release of their sophomore record Dreamland.

This became one of my favorites because of the effect the duo had on the crowd that night. The venue was sold out and everyone was looking to buy a ticket that day to the show. Their album Sway describes their vibe perfectly as that’s what you’re doing the whole time. It seems that they’ve found a way to create a sound that is both fresh and original.

Amelia Meath was still in the trio Mountain Man when she met Nick Sanborn and asked him to create a render of “Play it Right”. That was the beginning of what would become the indie pop duo. In 2014 they released the eponymous album and soon became crowd favorites making us all feel like warm “Coffee”.

Getting to see a local legendary band in Seattle was probably one of the highlights of the year. The Melvins formed in 1983 but their ties and influence on the Seattle scene are visible in some of the other bands that formed in the later years. Buzz Osborne went to high school with Kurt Cobain and legend gas it that he was the one that introduced Dave Grohl to Kurt and Krist Novoselic. His wild curls flew during their performance as he rocked the main stage.

I discovered Milo Greene opening for Bombay Bicycle Club last year and when I heard they were coming back through town for their “Control” tour I jumped on it. They had a little in store session at Easy Street records the same day which was cool but the show that night was the highlight. I went from liking them to having their album on repeat in my car for the next 2 months. Their music feels as if it’s meant for a movie score and their chemistry is so intense it makes for a great vibe and experience. I caught them 2 more times at Sasquatch and Firefly but this one was the start of the road and winning me over.

13. Twenty One Pilots
Sasquatch May 23

I didn’t know much about the band and how their lives were but I soon discovered that it would be a show to be a part of. Joseph and Dun take the stage and completely own it entertaining every step of the way keeping your full attention. After their second album with Fueled by Ramen, “Blurryface” they made it clear they were ready to take over the world.

I’ve been enjoying José’s soft voice and beautifully arranged guitar melodies for some time and being able to experience him live was a dream. The fact that it was during a breathtaking sunset over the Gorge along with a perfect breeze was magical. While I was in the pit taking pictures he played my favorite “Crosses” and I couldn’t help but put my camera down and watch him take me away to another place.

Walking into the theater after the events earlier in Paris felt very peculiar and unfamiliar. I always felt in place at a show but I felt uneasy being in the pit before the show started that night. Somehow, someway, when Austin Green took the stage everything vanished and his voice remained. This was an important show because it was the perfect soundtrack to cloud and dissipate all emotions of fear.

This band quickly took a place in my music heart with their strong stage presence and demand for constant attention. Every word Molly Sides utters seems to put a spell on the audience leaving it helpless to her charm. Each band member brings their own attitude, making it a destructive energy ready to ignite when put together.

Miranda seems to be a treasure that many people have not found yet. Her voice is beyond captivating along with her songwriting and musical talent. I bought her eponymous record and I still enjoy listening to it wondering why more folks don’t know this magic. It was a small intimate show that ended with an encore of the coolest “Waterfalls” cover I’ve heard.

I’ve been pulled in by their sound from the first time I heard “Hurricane” and “Bones” and was curious to see what the outcome would be. The duo was on tour for their second more pop sounding How Does It Feel, and it actually felt awesome. I don’t think I saw more hair slips at another show or so much high energy and dancing. It was a great time and Lizzie’s voice was just as flawless as on record.

On a magical evening overlooking the magnificent Gorge Lana came to the stage while the wild lightly blew hew white dress around. I really enjoy her music but never seen her perform to such a large audience before. Her voice was beautiful and it sounded as she was finally comfortable to take over the center. She surprised me in a good way and I really liked that.

Abęl Tesfaye has had a wild few years that have only proved he is right where he belongs in the world. After his trilogy release and the hype of “Kiss Land”, he released his second album, “Beauty Behind the Madness” that launched him into space. He headlined the first night and I was extremely happy of that. He finished the night with an acoustic version of “Wicked Games” that was one of my favorite moments this year.

We bought our tickets so long ago this concert date never seem to get closer, but it finally was here. This is on the top of my list, first because it was my first time seeing the band, second because Dave Grohl ruled the place sitting down. He broke his foot earlier in the year but that didn’t stop him from touring as he made the “Grohl throne” to help him. His energy was great, the banter was great, and “The Pretender” made my night.

The fact that Carlile played a completely acoustically sold out show at the Moore as part of her Pin drop tour is why she deserves so much attention. I had never seen an artist play such a stripped down show with only their voice and a couple of guitars. Every word echoed loud and clear from the front row all the way to the second balcony as we all stood silent to listen. No amps, no speakers, no volume button, she controlled it all with her voice.

This year also brought the surprise announcement that SK had written a new record and were releasing it in January. After a decade from their last album “No Cities to Love” was released and it reminded us all that this band was ready to take the stage once more and to simply rule it. It was the first night of three sold out run at the Market and I luckily found last minute tickets without scalping them. I instantly fell in love with their chemistry and rock personas.

No one can doubt that when Plant takes the stage he conveys radiance that can’t be described. He stands strong knowing the power of his voice and where it’s been. I was walking down the hill when he came on and “Babe I’m Gonna Leave You” formed. I still have the image of him onstage and the crowd, as the amphitheater lit up full waiting for his words. We might not see Led Zeppelin any time soon but at least we get to feel what it was like through his voice.

When Florence came around to Seattle this October as part of her How Big Tour I was fortunate enough to be in the pit for the beginning of the show. She ran through the crowd handing flowers to the front row before she made her way to the stage. Every word she sang made the notes a little brighter and our moods a little lighter. While she sang “Shake it Out”, I put my camera down and at that exact moment she looked at me and smiled after noticing I was singing along. It made my favorite song an even better memory this year.