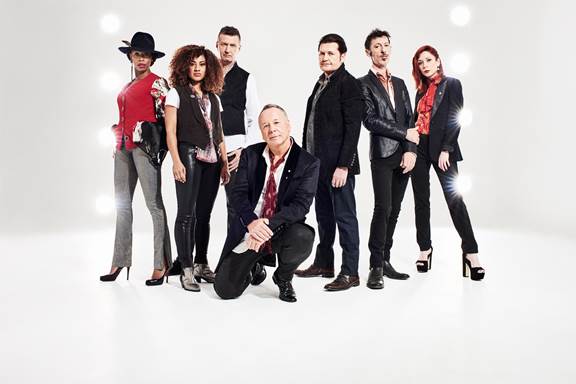 Simple Minds have announced a North American Tour for the Fall of 2018, including dates in Seattle, Toronto, D.C, New York, Chicago, Nashville, and Los Angeles. It’s been five years since they’ve toured this side of the world, so the anticipation is high.

Simple Minds’ career has seen them responsible for some of the most innovative and enduring anthems in rock music.

Jim Kerr is thrilled for the group’s return to North America, offering, “The concert stage is where Simple Minds do their best work, it is where we forged our distinctive live reputation. A highlight of any touring band’s career has to be when they are given the opportunity to tour North America. Simple Minds will never forget the thrill of that, especially so during those glorious days of the mid ’80s. Magically for us, that thrill returns again as we excitedly announce our latest tour. Playing songs from throughout our extensive catalogue, going right back to the start and bring it all up to the current. It is guaranteed that we aim to give 100% of ourselves each and every night – as we look forward to performing in front our loyal fans throughout North America. Hope to see you all there!”

The North American Tour goes on sale to the public at 10am local on Friday, April 27th.

VIP Packages, including a meet & greet with Simple Minds, an invitation to the pre-show soundcheck and Q&A session, a signed poster and more, will be available beginning April 25th.

Walk Between Worlds, their eighteenth studio album, has received rave reviews around the world.

The album was produced by Simple Minds with Andy Wright and Gavin Goldberg, both of whom worked on Big Music. It is an album of two distinct sides, very much the old-school album format that singer Jim Kerr and Charlie Burchill grew up with as music fans. In addition to classic Simple Minds anthems and revisiting their new wave roots, the album also explores more cinematic sounds, with the title track and ‘Barrowland Star’ both featuring dramatic orchestrations recorded at Abbey Road.

Tickets go on sale Friday, April 27 at 10:00 a.m. at LiveNation.com or charge by phone 1-800-745-3000. All tickets subject to applicable service charges and fees. Dates and times subject to change without notice.