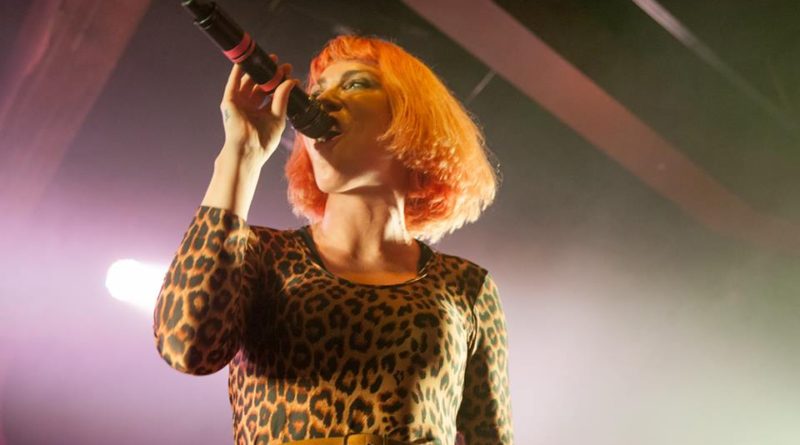 Seattle’s been waiting to get a little time with Grouplove for a while now and last Friday the time was finally here. The band just released their third record Big Mess last month, which part of it was recorded in Seattle with legendary producer Phil Ek,  and are currently on tour. The Crocodile was packed and the fans were ready for their favorite band to take the stage on a rainy Friday night that didn’t stop anyone from lining up before doors opened to get a good front spot at the sold out show. 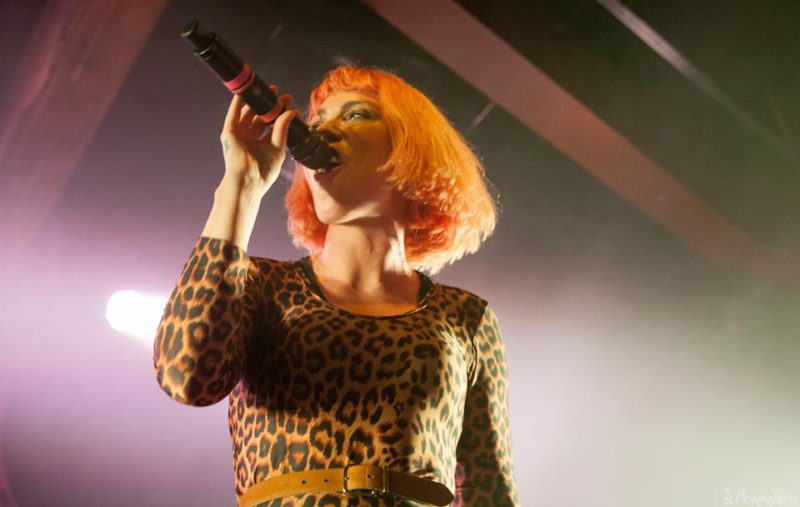 The band that formed in 2009 on the Greek island of Crete, came on stage led by drummer Ryan Rabin, whose drum kit had his face on it and the words “It’s Lit?”. Then followed guitarist Andrew Wessen, bassist Sean Gadd, singer Hannah Hooper, and Christian Zucconi. Hooper was wearing a one piece leopard print that perfectly matched her orange hair and Zucconi seemed to be channeling a young Cobain dressed in ripped jeans, long white tee, and long red robe to blend with his green hair. 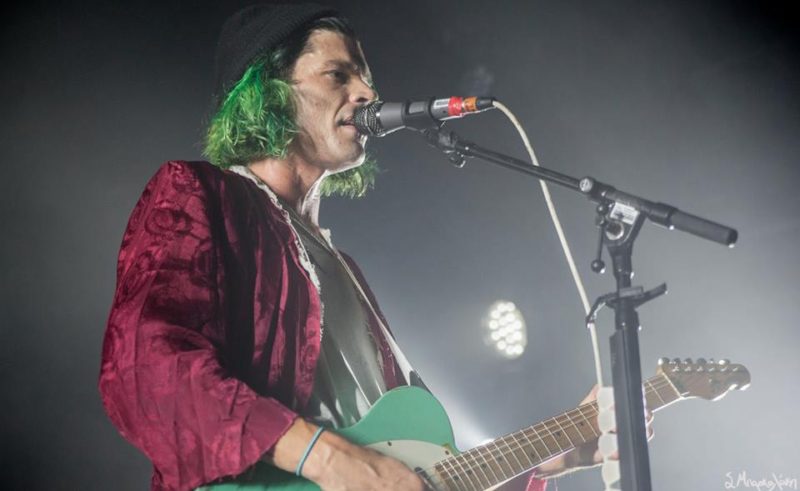 The band exploded into a performance that was filled with both indie-pop dance tunes but also with stripped down acoustic songs that interchanged throughout the night. The fans were constantly cheering, adoring, and singing along to their favorite songs which made the intimate performance even more special. The audience could tell that the band really likes the city and they made sure to show how much they appreciated that. 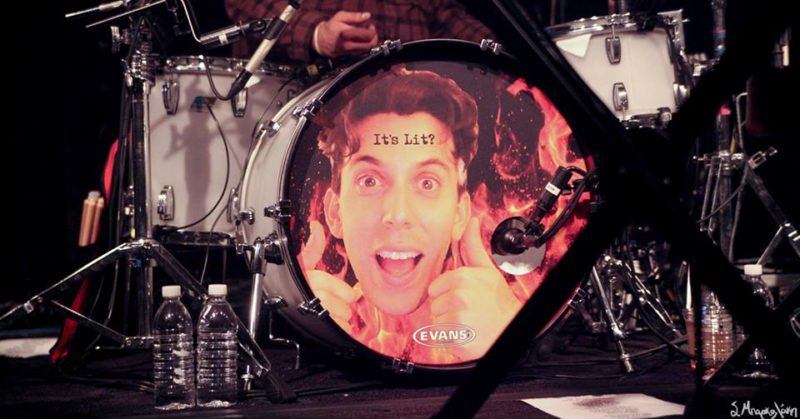 They mentioned that they really like the venue and are honored to be playing there and always like coming back to it as this was their 4th time. Seattle was the first city outside of Los Angeles the band played and they thanked all the fans that had stood by them since that first Emerald City show and all the new ones that have joined along the way. Before “Tongue Tied”, Hooper told the crown to place their left arm around the person next to them and then their right, saying that this is making the whole room grouplove, and if we all did that in the nation the whole country could be grouplove.

Their performance drew from each of their records but also had the added bonus of covering “Sabotage” by  Beastie Boys which ended with Zucconi jumping in the pit. Their main set ended with “Welcome to Your Life” as they promised they would be back to Seattle soon as they left the stage. They came back for a few more songs and ended the night with “Colours”, in a performance that felt like it happened between you and your best friends. It felt lucky that we were part of this show that was so small for such a big band, and Seattle can’t wait to have them back in town.