Music fans of the Pacific Northwest, hello and welcome back to our third annual year-end daily countdown, 100 Bands in 100 Days, where every day until December 31st, we’re showcasing a new band or artist you have to know about, presented by Verity Credit Union. Follow the #100Bands100Days hashtag on Twitter to stay on top of all the bands featured and make sure to follow Verity on Twitter as well. Some days the featured act could be an established and locally-adored northwest-based musician that perhaps you haven’t been turned onto yet, and other times they could be a band with a small following that just hasn’t had their deserved time in the sun yet. Either way, we’re fairly confident you can come away from this daily segment with plenty of new favorites. Today we’d like to shine our spotlight on a band that’s been bubbling under the Seattle radar for a number of years now, presenting a well-realized and quirky sound and image among the Seattle music scene, Low Hums! 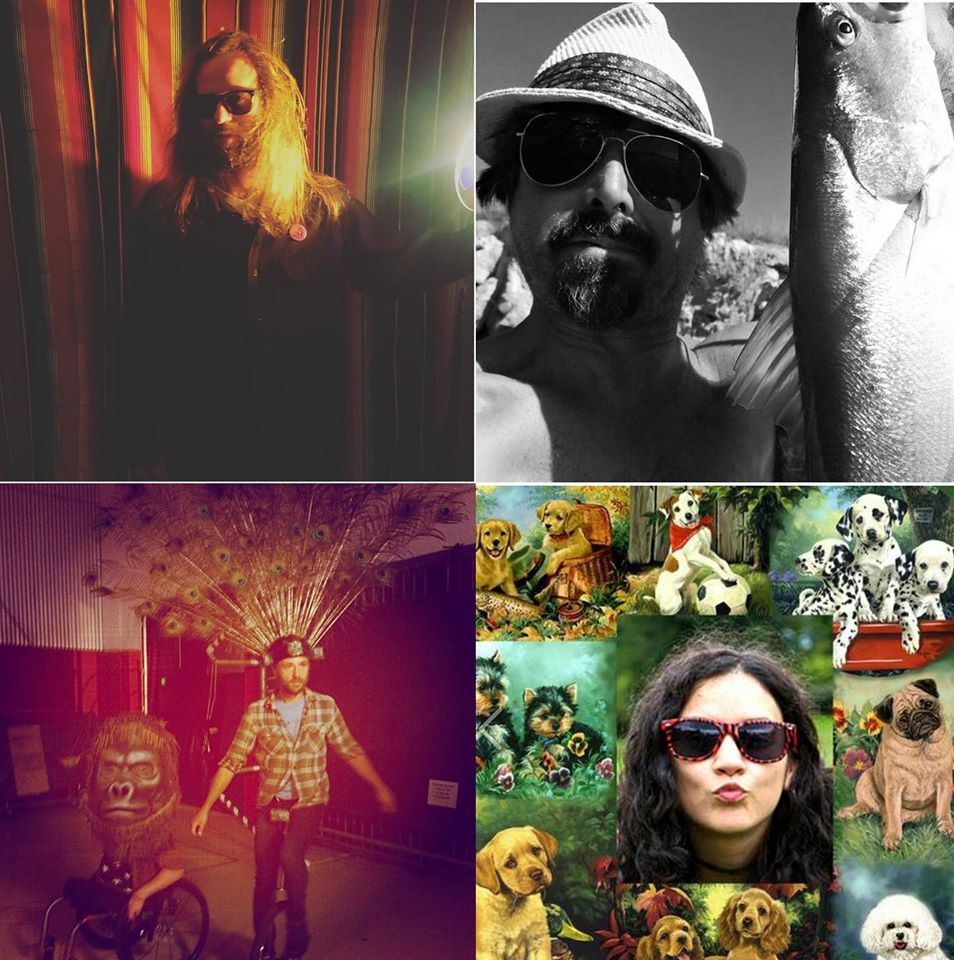 Ever-arresting is the artist that can take the familiar, that which has been established and taken in various directions across the span of time, and manage to come out on the other side with art that they can definitively call their own. Low Hums have been one of the most emergent names in Seattle’s abounding psychedelic underground since their formal inception in 2009, having existed in various forms in the seven years since, but never losing their sense of livelihood and playfulness. If you’re familiar with the band’s sound, you know a Low Hums song when you hear one. The band favors light, easygoing pop-rock music, primarily comprised of sunshiny, steadily-strummed electric guitar, and vocals that often feel distant and somewhat low in the mix, but have a nice sense of melody and poppy immediacy. The bulk of the band’s music is also wrapped up in a myriad of ethereal digital effects that help give the band’s music an infectious sense of bliss. There may be many bands in Seattle that also favor these musical elements, but few pull off this sound as tastefully and successfully as Low Hums.

Since their inception late in the previous decade, Low Hums have kept themselves busy not only through consistent releases on a seemingly annual basis, but also as a beloved Seattle live staple. There’s a pretty good chance your favorite Seattle band has played with Low Hums in some form or another, they’re that omnipresent. Part of the appeal of Low Hums is their carefully controlled sense of elation. While some bands that chase after similar styles will tiptoe the line between complete blatant feel-good vibes and somewhat covert sorrow, it’s difficult to listen to or see Low Hums live in concert and be in anything other than a good mood. However, while their music could be construed as simply just breezy and happy background-pop, the band makes sure to keep your attention on them through their vivid textures, and overall perfectly rough-around-the-edges recording style. The band’s latest full-length record, unreleased and as of yet untitled, was recorded by legendary and constantly busy Seattle producer Jack Endino, which sounds like a match made in heaven that we cannot wait to hear unleashed onto the world.

If you keep tabs on the Seattle music and somehow are yet to be turned onto Low Hums, their studio music and live performances are definitely worth your undivided attention. Low Hums are far out, man.

You can follow Low Hums on Facebook, and keep up with the band through their official website, lowhums.com. You can find all of the band’s music available for streaming or purchase through lowhums.bandcamp.com. Check out their latest EP, Shine Rock, at lowhums.bandcamp.com/album/shine-rock.