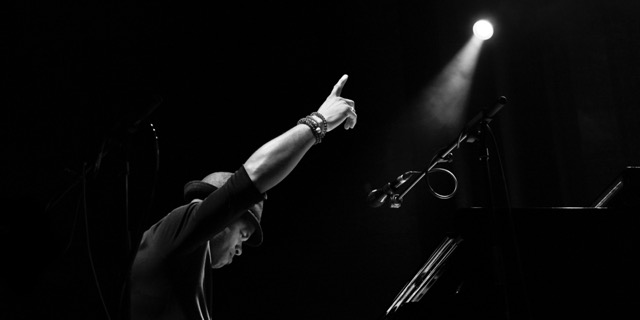 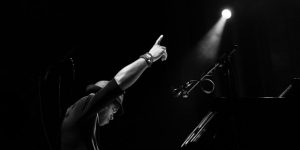 The Pacific Jazz Institute at Dimitriou’s Jazz Alley welcomes one of the world’s great pianists and one of the finest of Cuba’s new generation of musicians. Band members are TBA. Show times Monday and Tuesday at 7:30pm. Doors open at 6:00pm each night.

“Roberto Fonseca is one of the world’s great pianists and one of the finest of Cuba’s new generation of musicians.” – Evening Standard

The dazzling musician The New York Times called “a charismatic spark plug of a pianist from Cuba made his debut at the Havana International Jazz Festival in 1990 when he was 15.

An ingenious composer and producer who draws on a wide range of musical traditions and genres, over the years has released his own projects such as: “Zamazu”, “Akokan” and “Jazz in Marciac”.

In 2009 Fonseca brought together Cuban and African musicians for his highly praised 2012 recording and GRAMMY nominated Yo (in the category of Best Latin Jazz Album), a mix of acoustic and electric sounds the Times called “by turns folkloric and turbocharged.”

In 2014 Fonseca released the album At Home along with Mali singer Fatoumata Diawara, persuading this transatlantic meeting of sounds and cultures. The keyboardist, Down Beat wrote, “is a terrific example of what makes 21st century improvised music so exciting: Fonseca is part of a generation of musicians who feel that all sounds from all countries are accessible to them, either in acoustic, electric or digitized form.”

ABUC is the title of his eighth album and the first to appear on the famous impulse! label. It reveals another of his facets: Roberto Fonseca is a storyteller. Teeming with rascally rhythms and burly brass, and woven from allusions, souvenirs and contrasts, ABUC is a kaleidoscope of dancing colours with which Roberto tells a story: the great and rich story of Cuban music, from yesterday to today. The album counts with stellar collaborations such as Trombone Shorty, Eliades Ochoa, Daymé Arocena, Manuel “Guajiro” Mirabal, among others. “ABUC is an astonishingly broad, tightly fused and incandescently delivered vision.” The Guardian

Accompanied by Michel Castellanos on drums and Yandy Martínez on bass it’s impossible to sit still when Fonseca’s trio takes off.