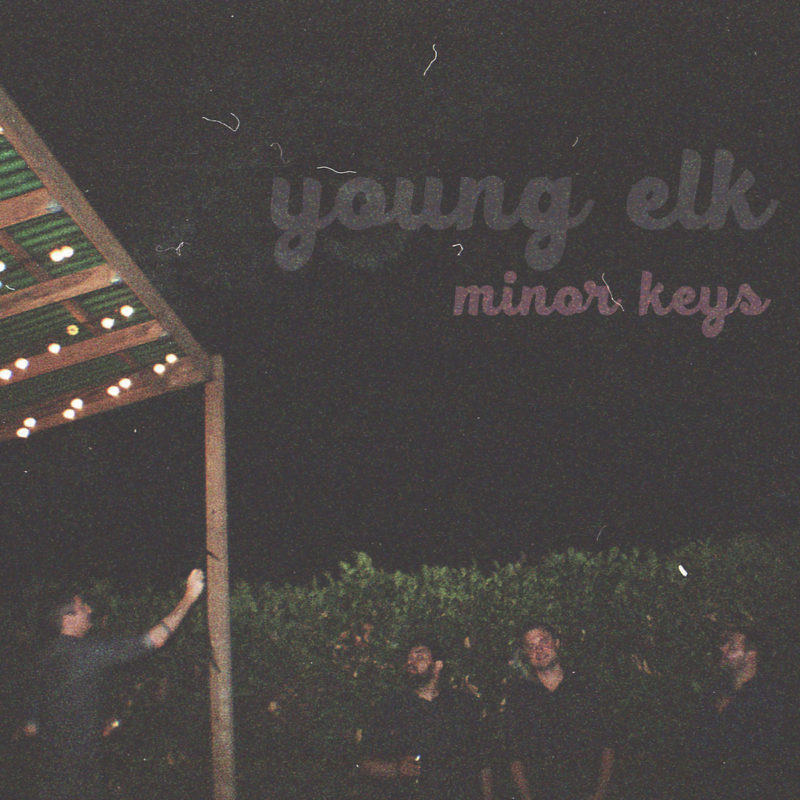 Portland’s indie rock traditions bring us Young Elk and their debut EP Minor Keys, which owes its melodic honesty to its forebears, with influences of slowcore and introspection aplenty. On this first three-track collection, there is also a clear twang to be heard, that twists Young Elk’s home on the spectrum.

The first track “Debts” kicks off with spacey, alt-country guitars and a lazy beat before Ezekiel J. Rudick’s voice comes in with its scorched whiskey tones. The track’s loping pace manages to maintain itself through the full song, letting its harmonized vocals rise and fall with the chorus. The instrumentation is clean and spare, and it feels like the song is driving forward, but I’m not sure where it’s going. The last thirty seconds of the song are the repeated refrain “All debts will be paid…” as the guitars rise, and then suddenly it’s over, like a brutally honest truth with no explanation.

The title track, “Minor Keys,” goes for it with fuzzed-out guitar, more bluesy than shoegaze. The phrasing feels a bit forced in places, like the beat is waiting for the vocal to catch up. The bleak lyrical output “Leave your sorrow on the shelf / ‘cause it won’t save you when you need help / leave those those pieces where they fell / ‘cause you can’t be serious with yourself / you’re a slave to what you crave,” draws ominous conclusions that feel more ambivalent than contentious.

And then there’s “Tipsoo Loop South,” which takes its name from a street in Rainier, Washington, and strikes a forlorn note that again feels more alt-country than slowcore. The sparse lyrics command that “You better love me / ‘cause no one ever loved me,” as the cymbals crash away behind all the apathy. It feels like it might be a track about unrequited love, but the lyrics are more snippet than storyline.

Young Elk seem fits right into the current soundscape of northwest favorites, giving off a folksy, backwoods vibe while toying with blues guitar and moodiness. Minor Keys almost gets to where it wants to go, but lands just shy of the mark, feeling a bit distant in its delivery. While the pieces are all there, hopefully cohesion and completeness will come with future releases.

(The Minor Keys EP is available digitally via Young Elk’s Bandcamp page for $4. You can stream the track “Debts” below via SoundCloud.)