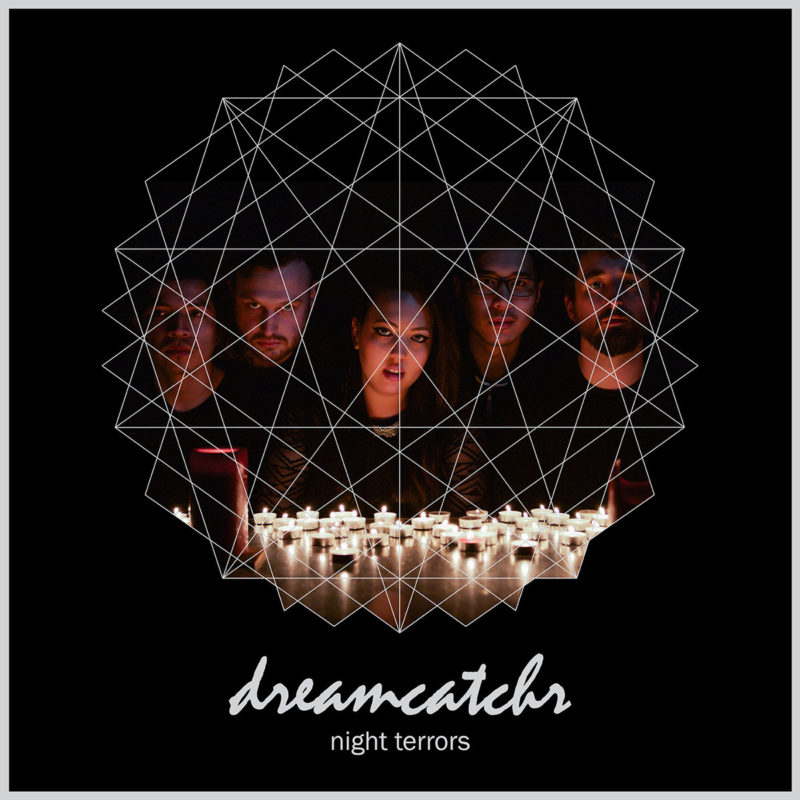 Dreamcatchr‘s latest, the Night Terrors EP, is a taught soundtrack to the underbelly of daylight. The band’s sound is unique amongst the current Seattle soundscape, playing with a tone that could be described as a dance-y urban darkness (think echoes of Interpol and the Strokes), while lead singer Shannon Clarke sounds like she would have no problem fronting a pop outfit.

Opener “Street Kids” kicks off as a depiction of homeless life in the city in which the listener finds the narrators, “in the alley getting high,” amongst other nefarious activities. When the second vocalist enter the frame, the song takes on an interesting counterpoint as the story seems reveal a romance the two characters share of life on the street. It’s interesting storytelling, but with this track as well as others, I found myself really wishing the drums weren’t buried in the production, for their presence would really make all the songs snap and give them an edge.

“Friends” has a strong bass-driven New Order vibe and plays out like an anthem to the neon lights of the night. The EP closes with the epic title track, where we find Clarke ruminating on the past that won’t leave her alone. The action of the song rises and falls with an oceanic quality, with soothing waves of tasteful cathedral organ interlaced throughout. The Night Terrors EP is a solid outing from a band that I feel is just starting to scratch the surface on what they are capable of playing. Definitely one to keep your eyes and ears on.

(The three-track Night Terrors EP can be purchased through Dreamcatchr’s Bandcamp page for $4, and can be streamed below.)