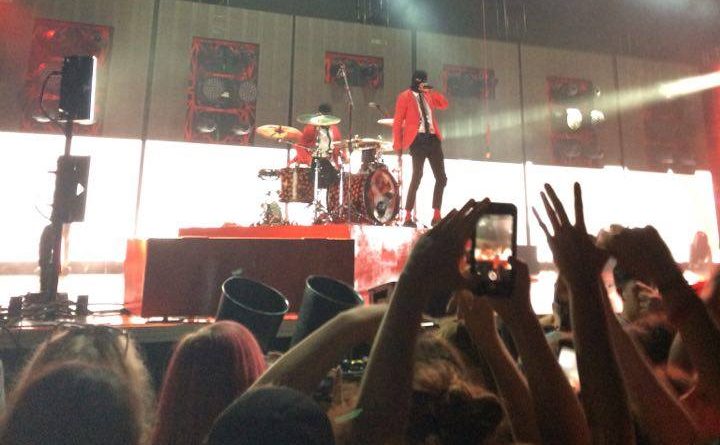 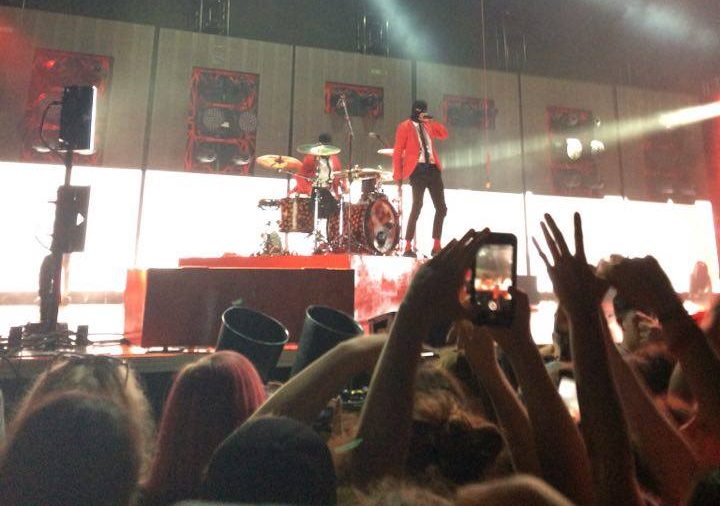 I’ve been lucky enough to catch Twenty One Pilots a couple of times, but it’s always been at festivals, so I was excited for my first time at their own headlining show. I became an instant fan seeing all the energy they put into their live performances, and seeing how much they interacted with the crowd. They want you to leave thinking that this was the best thing you’ve ever seen, and that’s exactly what happens afterwards; you wonder if anything will ever be so good again.

They announced their July date in Seattle back in December, and it’s been sold out ever since the tickets went on sale, making the event tonight at WaMu Theater one of the hardest to get into this year. It feels like the world finally woke up to embrace this awesome band and can’t get enough of them. Their Emotional Roadshow Tour started with Chef’Special and Mutemath taking the stage, which the audience really got into. I personally have never seen WaMu so packed at another sold out show; this was completely insane, and staff afterwards said that they pulled more people out of the pit at this show than ever before. 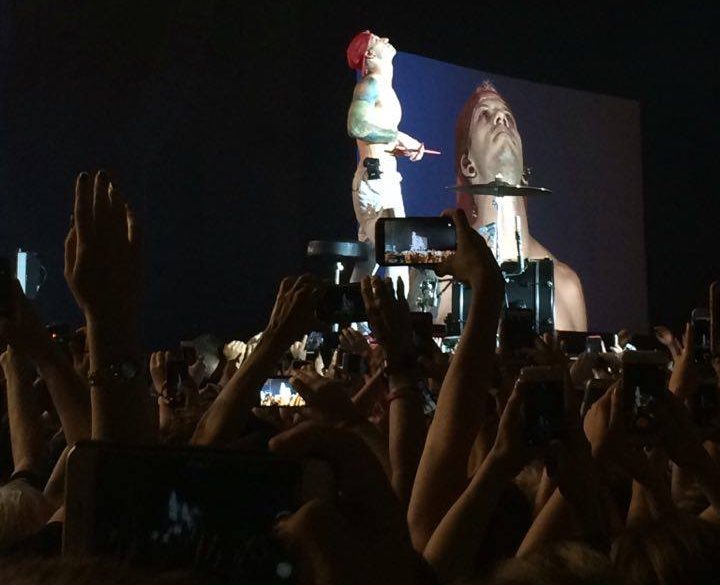 Tyler Joseph and Joshua Dun signed with Fueled by Ramen back in 2013 and released Vessel and Blurryface under the label. The latter, released in May 2015, shot them to the mainstream, and the band was exposed to a massive following that soon resembled a cult. When you enter the space, you become part of the band, part of the experience; you finally belong. Joseph and Dun make sure you understand this, as they have another stage set up in the back of the floor to perform in the middle of the set, as well as moments of running back to finish “Car Radio,” standing on a high post looking over everyone screaming the word, “…and now I just sit in silence.”

The show had a few wardrobe changes, as they both kept to the black/red/white feel they follow, along with the black paint on Joseph’s hands and neck in order to channel the Blurryface character he’s created on the record. Dun covers his eyes with red makeup as he plays drums shirtless most of the time. They put so much into their live shows, which completely makes them stand out. 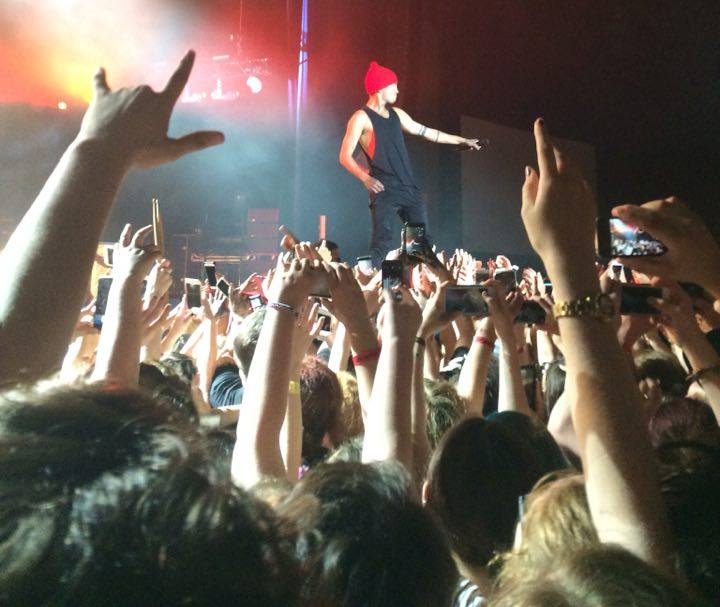 On top of their own hits, they also brought out their friends from Chef’Special and Mutemath on stage to cover “Twist and Shout,” “My Heart Will Go On,” “Love Yourself,” and “Jump Around.” All of which have very disparate styles, but Twenty One Pilots’ take on these songs still made everyone sing along. No one complained about them playing Justin Bieber; if anything, everyone sang along freely.

They ended with “Trees,” which had them on platforms in the crowd hitting a drum, wit smoke machines and confetti blowers for the finale. Joseph also got in a red blowup inflatable ball and ran in the crowd with much ease, taking crowd surfing to another level of cool. The production of the show is flawless and well-crafted, as they keep everyone’s attention to the max, actually giving you a hint of adrenaline to run on. You can’t explain a Twenty One Pilots show accurately, you need to experience it for yourself to understand what goes on. You will never want to miss another one!