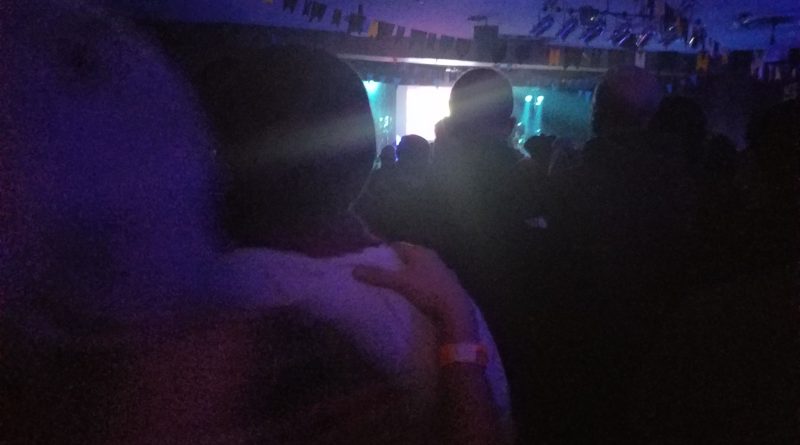 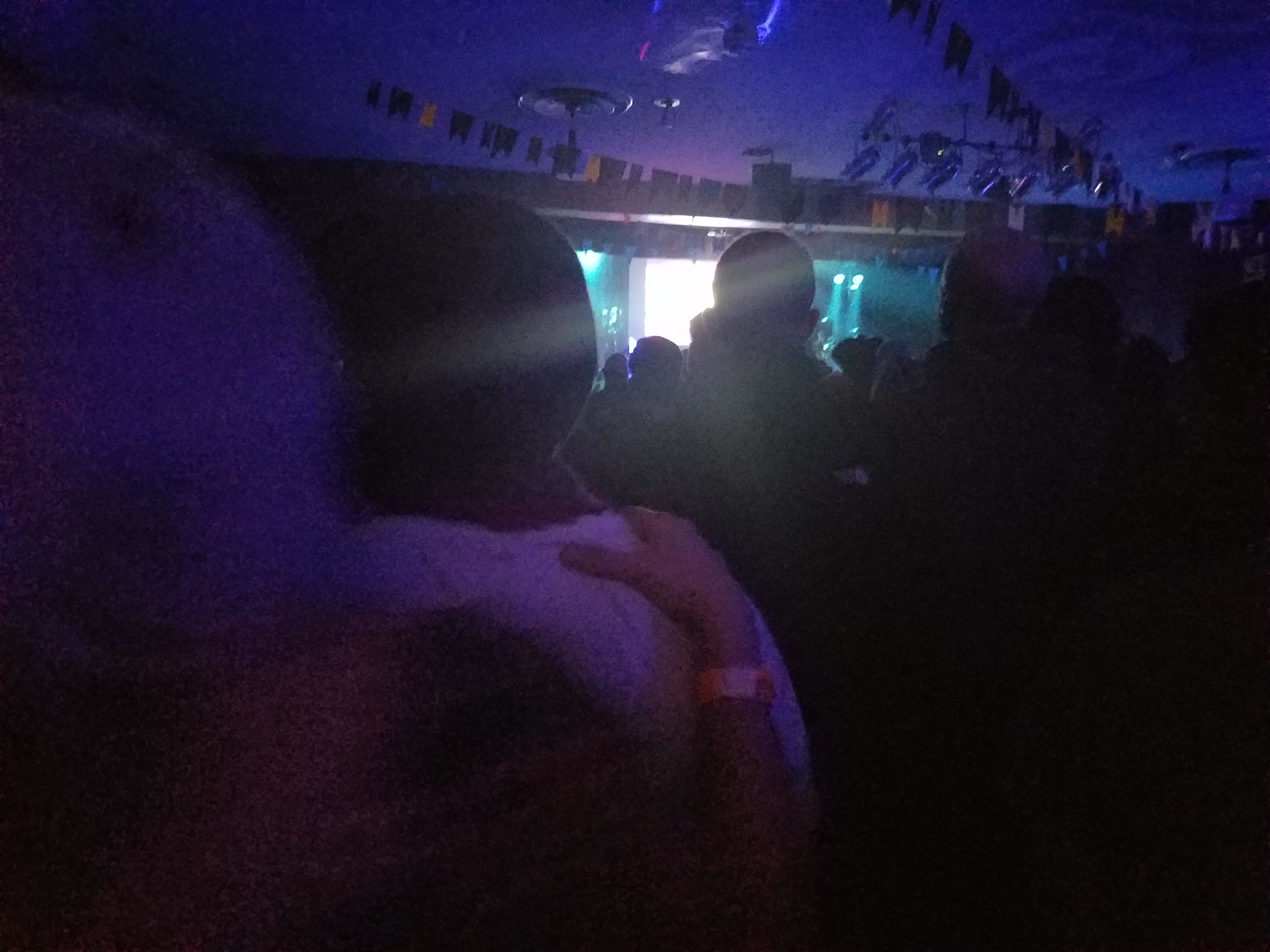 With music festivals being at their peak of popularity – and their peak of homogenization – the search for a festival that truly offers something others don’t becomes that much more prevalent. In the saturated market that is the modern festival scene, if you see a really stacked festival that happens to be taking place far away from you, you can generally take comfort in knowing that at least three-fourths of those artists will be booked for festivals near you.

It’s for this reason that many including myself have been intrigued by the growing popularity of Boise, ID’s Treefort Music Fest, a festival that has for all intents and purposes achieved universal god-tier status as the best festival currently running regardless of location, with a community and feel unlike any other festival you’ll find. It’s easy to be skeptical – especially since Boise’s second most-popular music festival’s 2017 lineup boasts such mouth-watering headliners as Flo Rida and Austin Mahone – but to any Treefort newcomers whom were in the audience in 2017, it’s hard to shake the sensational feeling that Treefort is the most at-home you’ll feel with a modern festival.

At its foundation, Treefort is the city of Boise’s attempt at “North By Northwest,” a name and concept you’ll hear thrown around when discussing any Northwest festival that goes for the SXSW formula of having several venues all in one space, with different showcases happening at once, across a longer stretch of days than the usual two- or three-day festival. However, Treefort’s most unique selling point, besides its communal feel, is the emphasis it puts on spotlighting the unknowns of the Northwest. Out of Treefort’s five days, the main stage was only open for three, and while there were some bigger artists that played on these first two days, spreading out the popular names among these smaller venues and giving them the same showcases as Boise locals and national unknowns alike led to a more even playing field and some of these smaller bands walking away with new fans.

On Wednesday and Thursday, I found myself most often attending the El Korah Shrine, which housed some of the best vibes you could’ve found on these earlier days. The bright, electro-house trifecta of Gost, Carpenter Brut and Boise icons Magic Sword turned the modest Boise venue into a retrofuturistic ’80s dance party Wednesday night, with larger-than-life analog synthesizers, live instrumental accompaniment and skull-crushing drums being matched with one of the most energetic and jacked crowds I’ve seen at a music festival. Sonically it was a stark contrast from the mind-altering and transcendental sounds brought by abstract rapper Open Mike Eagle and indie-psych-hop heavyweights Why? the night after, but the equally grandiose vibrance felt in the Shrine that night could only be described as “third eye-opening.”

Some of the Boise locals the festival had to offer made for a handful of pleasant surprises to break up some of the larger performances. The moody, string-adorned indie pop outfit Cult Bride kicked off my Thursday with a charming performance, with singer and keyboardist Ruby Somoza’s eccentric, dramatic vocals soaring throughout the Shrine, while Boise alternative rock mainstays The Green Zoo solidified the communal feel of Treefort with a set at the Linen Building heavy on audience participation and making clear their desires to bring the people of Boise together. Meanwhile, boundary-pushing singer-songwriter Ana Lete wooed those in attendance at the District Coffee House with her heartfelt and intimate indie folk and enchanting vocals.

However, my imaginary award for Best Local Performance of Treefort 2017 has to go to the psychedelic space rock outfit Sun Blood Stories and their performance at the Linen Building on Friday night, with a set that, despite being extremely ear-searing and chock full of bizarre sounds and instrumental tones, also came through with ample amounts of charisma and serious left-hooks, most notably their blazing, bizarre, yet endearing psych-rap-rock cover of Beyoncé and Jack White’s “Don’t Hurt Yourself,” which closed their set out with the sort of consummate charm and audience bewilderment other performers could only hope of one day achieving. It was one of a few sets I caught where the band members and the audience seemed to be competing with each other to see who could be more intoxicated, which only served to enhance the strong feeling of togetherness.

Despite unpredictable rainfall, Friday’s main stage was home to some of the most enthused, feel-good performances of the festival, with Seattle ass-kickers Thunderpussy starting the main stage off the right way with their marvelous chops and iconic stage presence. Not just any band would be able to draw a sizable crowd, much less one as into it as theirs was, with the amount of wind and sideways rain that permeated the majority of their set, but once you caught even one song by them and saw the amount of vigor they brought to that main stage, it was hard not to be mesmerized, and even harder to look away from the spectacle.

The main stage headliners that day, The Growlers, were one of the most anticipated performances of the festival, and one that we knew was going to be one large unapologetic, beer-swilling garage rock party, but many of us poured into the Boise Contemporary Theatre right before to be hypnotized by Portland experimental ambient artist Grouper, as she played the quietest, most evocative, and most beautiful set of the entire festival. Liz Harris’ set consisted mostly of her playing her guitar and singing gently, with several portable tape players before her looping a variety of rich, cascading ambient sounds, and it was so whisper-quiet in the theatre that you could hear the tapes sliding across the floor as she would find the next ones to play that would perfectly compliment each other. I was still stuck in a hypnotic trance from her set as I trekked back to the main stage for the Growlers, but was brought right back to reality with their infectiously fun and simplistic blend of garage rock and surf rock. If you’re the sort of person that likes to go to festivals to hear a wide array of music all in one place, you’ll be floored by how different each set can feel, especially when going to one right from the other, but all the disparate atmospheres come together to create an enchanting overall package.

Proto-punk legend Jonathan Richman certainly brought one of the more striking performances over the weekend. With little more than his acoustic guitar and an accompanying drummer, Richman delivered an unpredictable set of loosely-structured folk rock jams with sporadic detours, interspersed with strange stream-of-consciousness spoken word segments that no one seemed to be able to follow. In contrast to more straightforwardly upbeat and festival-friendly main stage artists that would go on to play that day, like Kishi Bashi and Mac DeMarco, Richman’s set was more cerebral and abstract, but there was still a strong element of playfulness and quirkiness. Richman’s set reminded me of seeing Calvin Johnson live, not just in their similar carefree, singular performance styles, but because, looking around, you could clearly tell who was already familiar with his artistry, and who was standing there in a confused daze trying to make heads or tails of what he was saying or where this all was going. However, even the most baffled people in the audience were still taken by Jonathan’s earnestness and natural ebullience.

Treefort Music Fest is a serious water cooler festival, in the sense that each attendee will surely walk away with their own set of interesting stories from the festival that you wouldn’t get anywhere else. One of the more standout moments of my festival came late Saturday night, when after catching a bit of Mac DeMarco’s massively-hyped main stage performance and running to catch AJJ play an excellent show at the Knitting Factory, I trekked over to Mardi Gras for Deafheaven, whose monolithic, hellishly loud black metal, while stirring and crushing, felt extremely grandiose and much more expansive than the decently-sized ballroom in which we saw them. Part of the way through, I decided to leave to end my Saturday on a happier note with Canadian indie-dream-pop outfit Alvvays closing out the El Korah Shrine.

While it was about as jarring a shift of musical tone as you could’ve gotten following Deafheaven, Alvvays’ warm, endearing, vastly underrated pop-rock made for the best way you could have closed out the penultimate night of such an enjoyable festival. Alvvays’ live performance that wasn’t flatlining by any means, but wasn’t overly intense or demanding either; it’s a cliché descriptor, but Alvvays brought the perfect chill vibe to those in attendance at the Shrine. However, the biggest surprise of the show came during their encore – the great “Archie, Marry Me” – when out of nowhere, Mac DeMarco emerged from backstage and dove into the crowd, resulting in the loudest I heard Treefort’s attendees get all weekend. He crowd-surfed throughout nearly the entire venue until eventually being carried back to the main stage, where he kissed lead guitarist Alec O’Hanley on the lips before being forcefully removed from the stage by security, whom I don’t think knew who he was or why he was there.

So much happens at Treefort across its five days that it’s hard to recount your entire festival experience without talking someone’s ear off for hours about everything big and small. I went to the aforementioned Carpenter Brut, Magic Sword and Gost showcase alone, but quickly befriended two very kind Boise natives, a mid-20s couple, whom noticed I was alone and decided to talk to me on a whim, and by the end of the long night, we quickly became the best of friends, traveling in a pack throughout the venue and bonding through the art of carefree, mild-to-moderately intoxicated dancing. One night later in the same venue, I saw a group of teenagers passing around and drinking a bottle of sunscreen during Why?’s performance, and those of us who stuck around until the very end were treated to Yoni Wolf and company performing quiet, singalong acoustic renditions of older material.

Five days and 30+ bands later, I’m already planning for Treefort Music Fest 2018, and reflecting on everything that took place last week, I can’t recommend Treefort enough to those interested. Given the immeasurable scope of everything that happens during the festival, it seems like it would be a nightmare to pull off successfully, but everyone who helped this year’s festival happen should be congratulated for giving those in attendance an annual festival they’ve always wanted, and giving each of the estimated 18,000 music fans that experienced Treefort 2017 their own special set of memories they’ll be reliving over and over again in their heads for years to come. 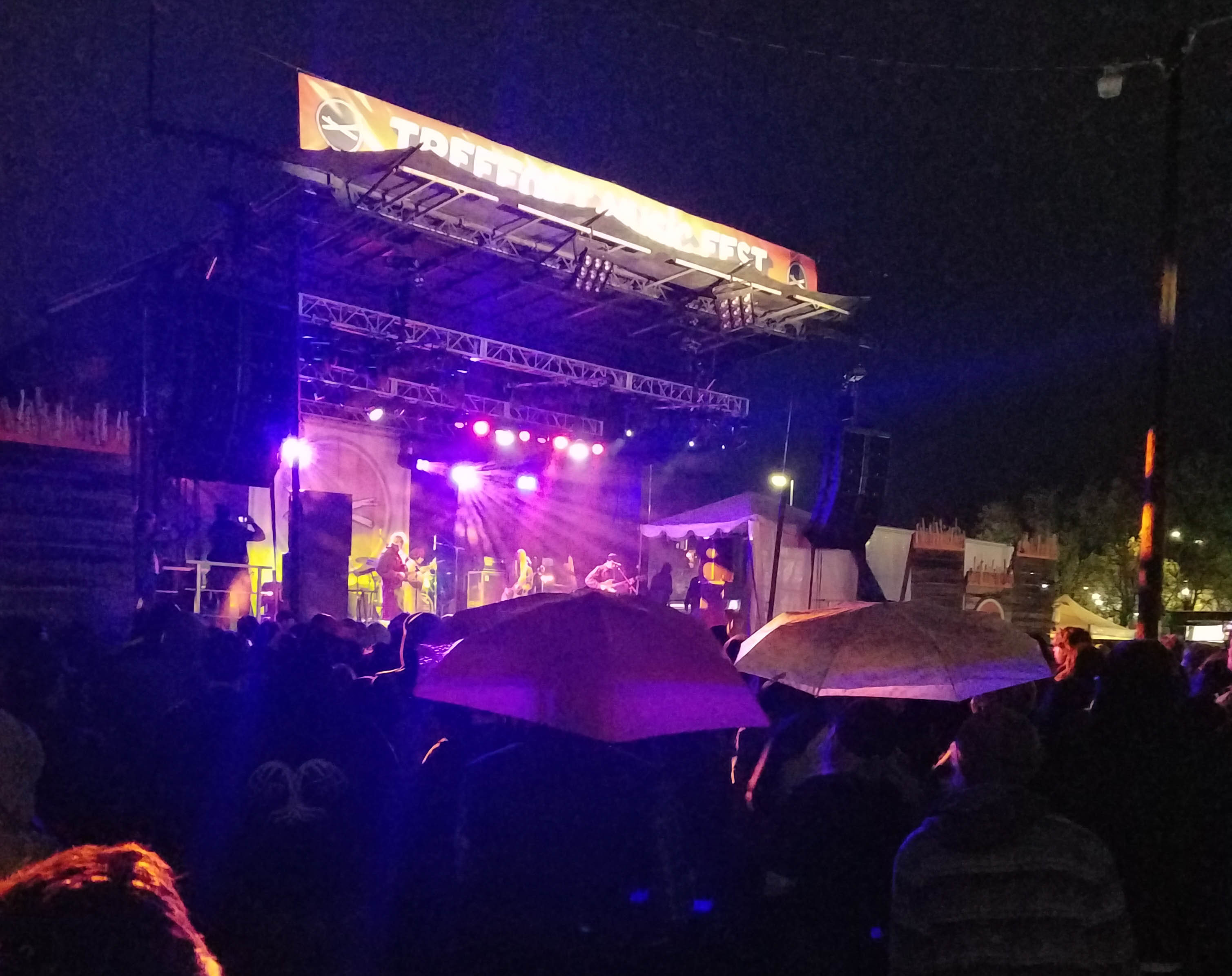 (Jess is still recovering from the Deafheaven crowd. Write them love-mail at jess@northwestmusicscene.net and find them on Twitter @PaxilParty.)