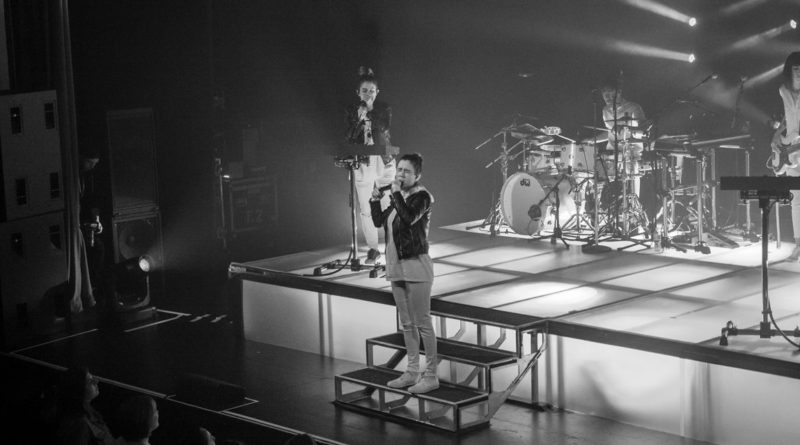 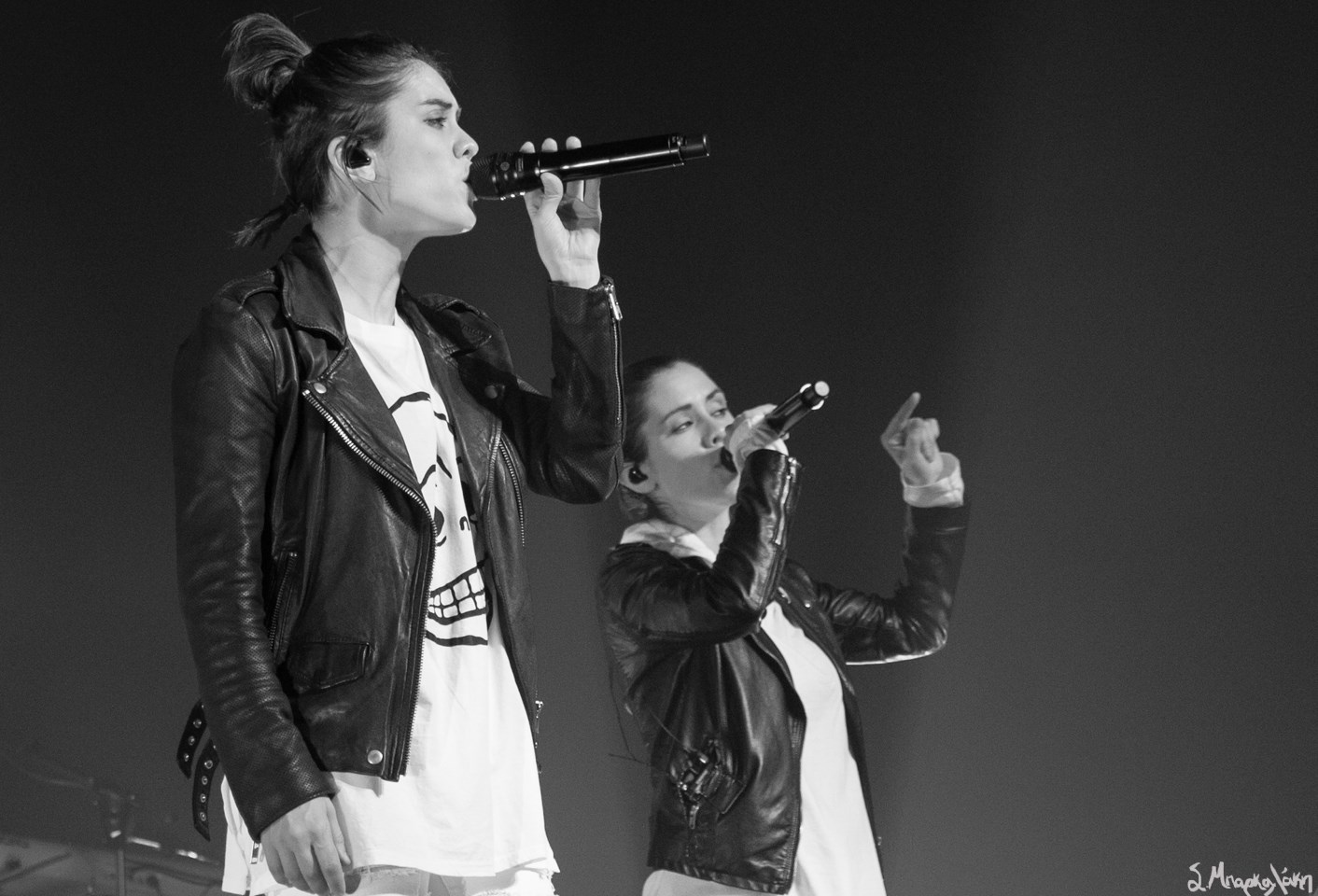 Beloved indie pop duo Tegan and Sara made their return to Seattle in support of their latest record Love You to Death. It had been nearly two years since the band had been in town, and the fans filled up the beautiful Moore Theater in order to catch them live. The night was packed with great music, new and old, but most of all funny banter that we all have come to love as much as their tunes.

The incredibly talented new artist Shura opened the night by performing songs from her debut record Nothing’s Real. It was the young Brit’s first time in Seattle, and she took a moment to thank everyone for coming early, and to Tegan and Sara for bringing her on tour. I was pretty excited to catch her set, as “Make It Up,” “2Shy,” “Touch,” and “White Light” have been on my playlist all summer. Her ’80s-inspired pop sound, powered by her soft vocals, help her stand out as one of this year’s best new artists.

A little before nine the lights turned down in the beautiful venue and Le Tigre’s mix of “I’m So Excited” went up in volume. You could see the crew behind the curtains dancing around getting ready to put on the show. The musicians took to the stage as lights flashed in the dark, and they danced around as fans screamed in their presence. When the song ended, the lights turned off completely and they started their set with “Back In Your Head.” 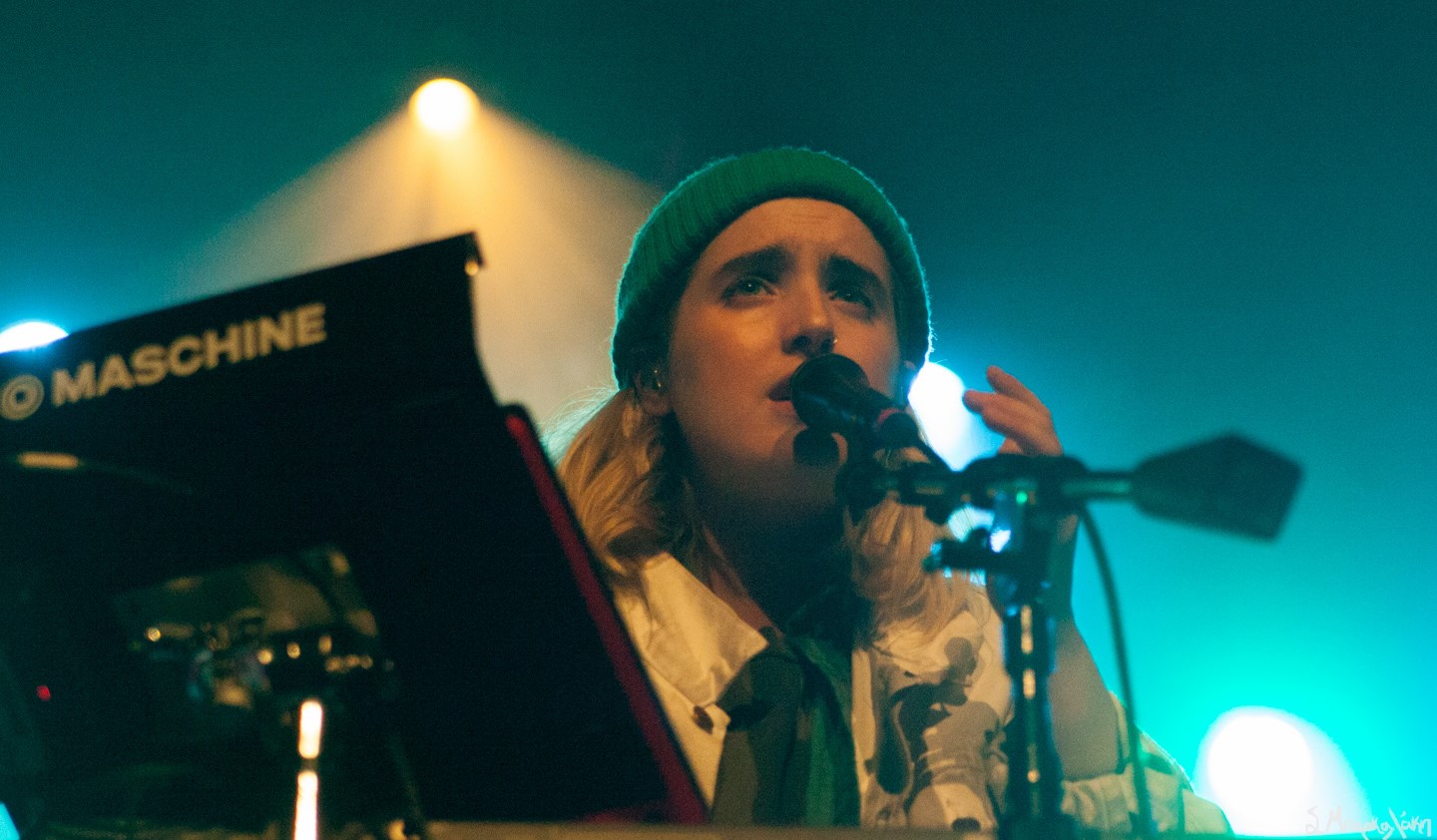 The stage setup had the band elevated on a higher platform which was filled with cool lighting that displayed throughout the show, connected by a few stairs the duo used to get closer to the fans during their set. Nothing was done overboard; the lights were on point, providing a great marriage to each song, proving that the production was very well thought-out and organized.

I really liked the songs they had chosen this time around, and especially thought the new spin on their older songs was a very clever way to make them sound fresh again. They were both full of smiles and put out great energy, despite the middle front rows being divided in sitting/standing mode. The singer-songwriters release their eight studio album earlier this year, which was a follow-up to their departure record Heartthrob. After being classified as indie rock, the ladies decided to take a “U-Turn” and go full on pop in 2013. They launched into the mainstream with “Closer,” and proved that all their hard work had finally paid off.

They never lose sight of the end game, always focusing on their loyal fans and finding a way to include them in some way and keeping them close. After being in the business for 17 years, they have found a way to create the perfect balance between success and remaining as humble as they started.  There was no shortcut to their success, they took every step to climb up the ladder and I really respect them for that.

A lot of songs were from their last two albums, but they made sure to also make old fans happy by playing “The Con” and “Call It Off” acoustically for what created a magical sing-along moment.  The main set ended on a high note with dance tunes “U-Turn,” “Boyfriend,” and of course, “Closer.”

One of the stories they shared was that they lived in Seattle for a month when they recorded an album (guessing The Con) and that they liked it as it reminds them of Vancouver. Tegan went on to mention that she was staying in a small dark apartment as Sara was in a mansion in Capitol Hill with a friend. The banter got pretty funny as we held our stomachs from laughter. They could have a stand-up show in the years to come and a lot of us would go just to hear them.

The night ended with older favorites “Walking With A Ghost” and “Living Room,” overall a nearly two-hour performance. It is always a joy to see these two live; they know how to put on a show and to always make you feel like they are in your living room. They continue to add impressive line items to their long career resume but still delight by remaining as hardworking and real as when they began. 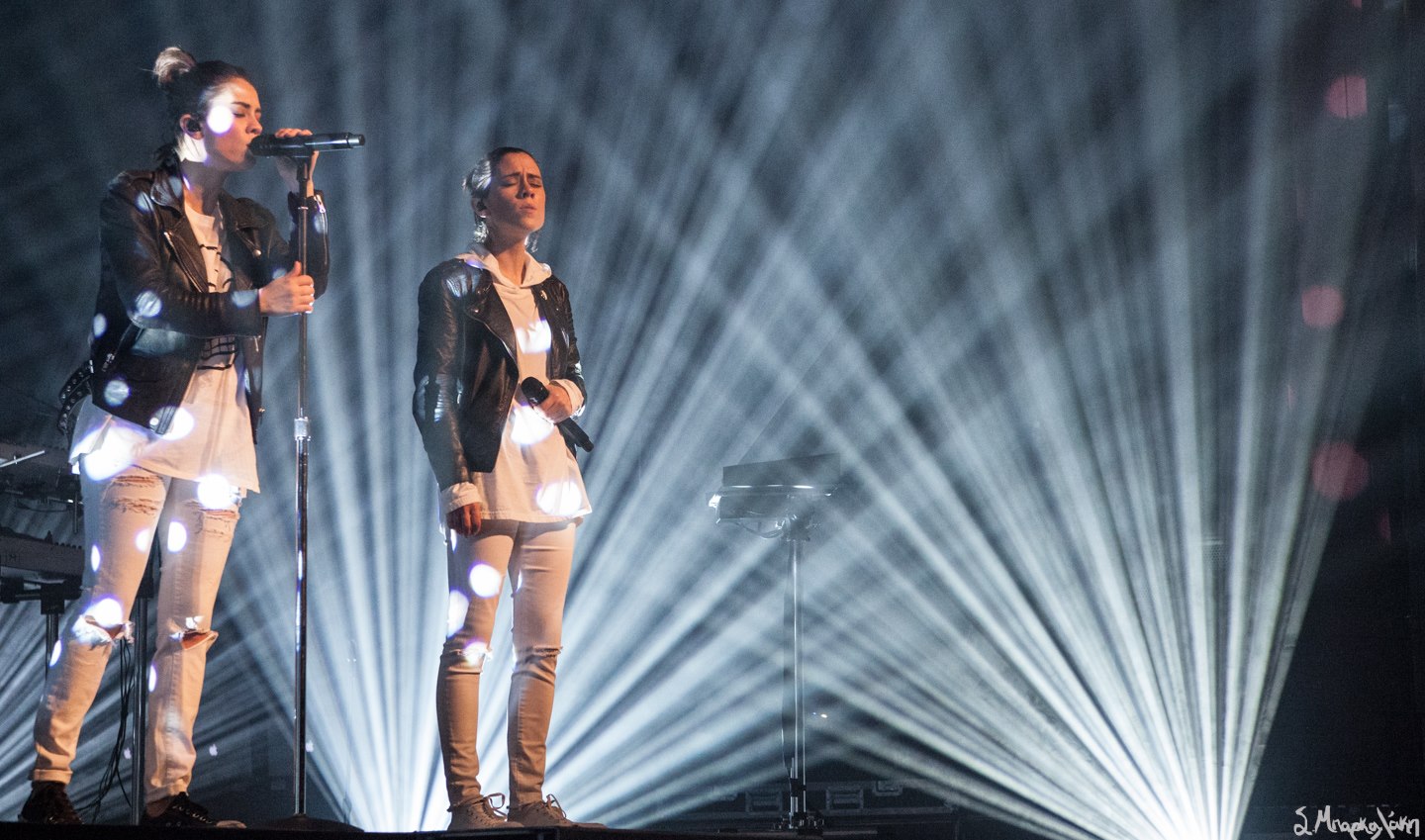