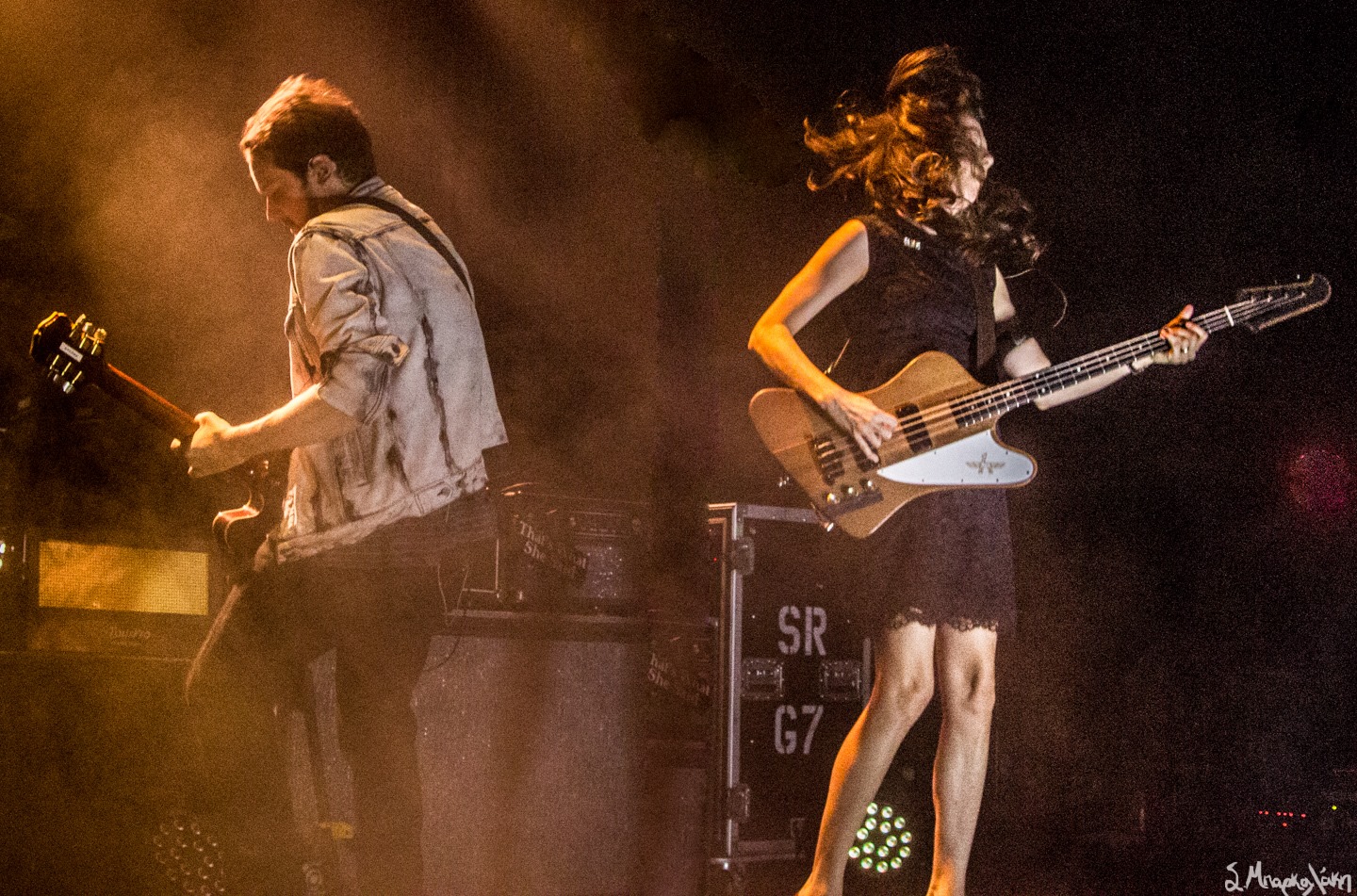 It had been a while since the last time I saw Silversun Pickups live, and I was thrilled when they announced they were coming into town again. Their fourth album Better Nature came out late last year, and the band has been touring extensively since.

The added bonus of the night was that another alternative favorite Joywave was opening the night for them. The band started around 8, and the venue was already full on this Monday night. Daniel Armbruster walked back and forth on stage, keeping everyone on their feet.  He even made a joke towards the end about SSPU closing for them on the tour. “Tongues” and “Somebody New” are still easy to hear live after being released a while back. If you haven’t heard of these guys, grab their How Do You Feel Now? record and let it play as your summer soundtrack.

Soon after the setup was complete, it was time for SSPU to take the stage. They had played an intimate event the night before that we were luckily invited to, in a more acoustic setting. This was going to be the loud, rock-out show we’d been anticipating for a while. The set started with “Cradle,” “Well Thought Out Twinkles,” and one of my older faves, “Royal We.”

Lead singer Brian Aubert thanked the crowd and spoke of the special connection they have with Seattle, as it was the first place outside LA they played at years ago. Nikki Monninger stood on the left side ravaging her bass throughout the show in red shoes that reminded us of Dorothy, but we all felt that we were already home hearing their tunes. I noticed that right behind her on one of the tour boxes there was a sticker that said “That’s what she said,” and appreciated their sense of humor.

She took the lead in “Circadian Rhythm,” before which Brian pointed out that she gets the most nervous right before this song. He got all of the crowd to stare at her before for support and surely enough, it was great hearing her sing it live. This song is a great collaboration between the two and emphasizes how great their chemistry is. Brian starts it off and as Nikki steps in, and you have to keep your eyes on them to differentiate who’s singing what.

They continued with “The Pit,” “Little Lover’s So Polite,” “Latchkey Kids,” and went into a long, raging rendition of “Panic Switch,” which was nothing short of amazing. I absolutely love the fact that you can sit there and listen to his voice sing the verses in a low tone and really feel the progression when he gets to the bridge and loses it. I can’t wait for those moments; it’s almost as if his voice is waking you up by shattering your calm heart.

They finished their main set with their big hit “Lazy Eye,” and the encore followed with “Kissing Families,” “Dots and Dashes,” and ended with “Wild Kind.” Brian mentioned that they had played many venues in town, but the Market was one that they really wanted to do, as they thought it was beautiful. The sold-out venue was proof enough that Seattle has a special connection to the band as well, even though they’ve moved on to better places to perform than the Fremont Oktoberfest.