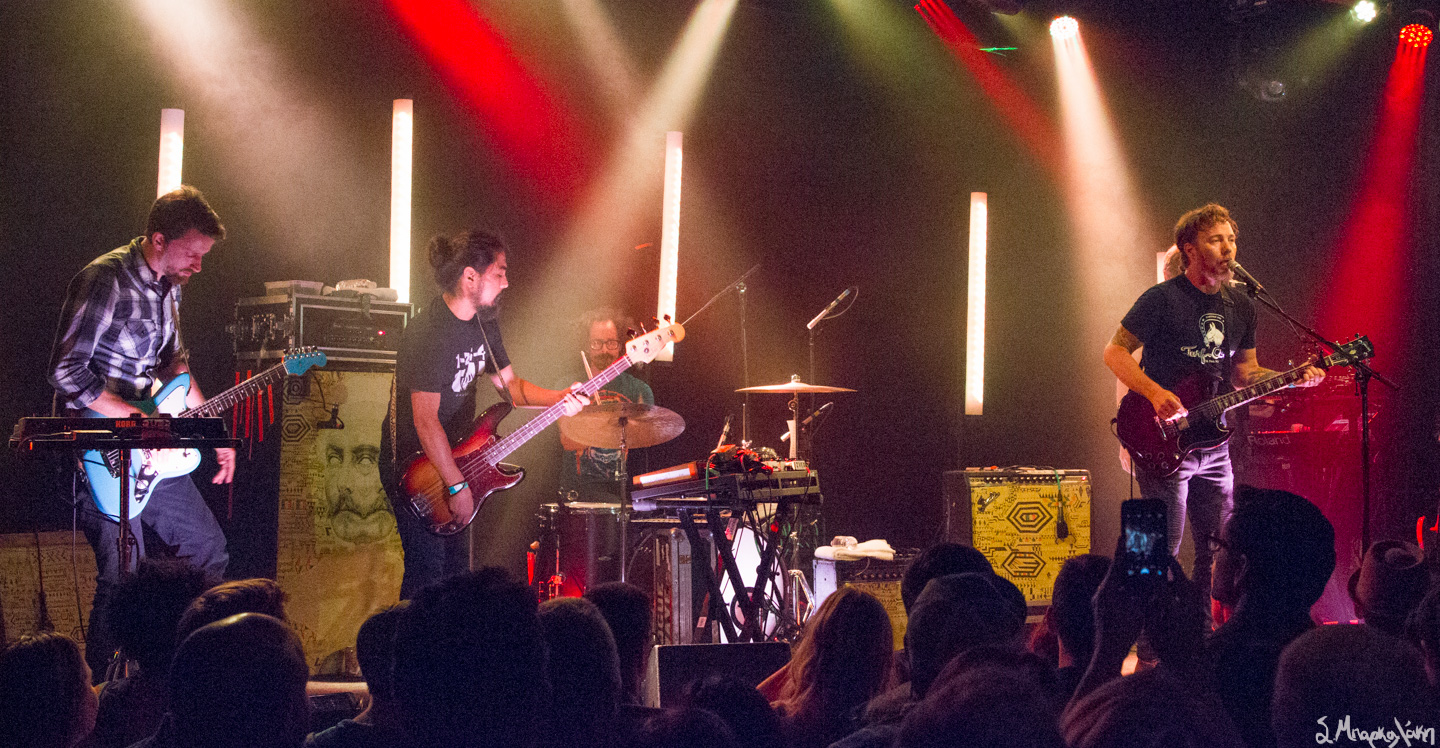 Opening for Oakland indie rock acts Rogue Wave, Seattle’s own Hibou started the night off with songs from their self-titled album, which was released last year on Barsuk Records. I’ve seen Peter Michel before, but I always forget how much I like his music. The pop hooks are catchy, and their sound is like a cold splash of water hitting your face on a hot summer day. You want more every time you hear them.

The five-piece Rogue Wave took the stage a little after 10:30, and started their set with tracks from their latest album Delusions of Grand Fur, “Take It Slow,” “Ocean,” “Look at Me,” and “Endless Supply.” Zach Rogue took a moment to thank the people for choosing to spend the night with them, and that Seattle has hosted some of their most favorite live shows over the duration of their career.

After playing “College,” and “Eyes,” he went on to share, “We released an album on Sub Pop Records called Descended Like Vultures a while back, and this song is from that one. It’s called “Salesman at the Day of the Parade,”” which is one of my favorites. In the city of Seattle, when Sub Pop is mentioned, there is a special feeling in our hearts, which is only expressed with respect.

He also spoke about playing at the Crocodile when they first started off. “We played here in the beginning and it did not look like this then, thanks so much,” speaking to a sea of people that filled the historic venue.

They finished their main set with favorites “Lake Michigan” and “Harmonium”, then came back for three more songs, ending the night with “California.” Drummer Pat Spurgeon commanded the beat from the back, and also helped with the backing vocals, adding the perfect harmonies to Rogue’s songs. It was my first time seeing them live, and I suggest you do the same if you haven’t caught them before.