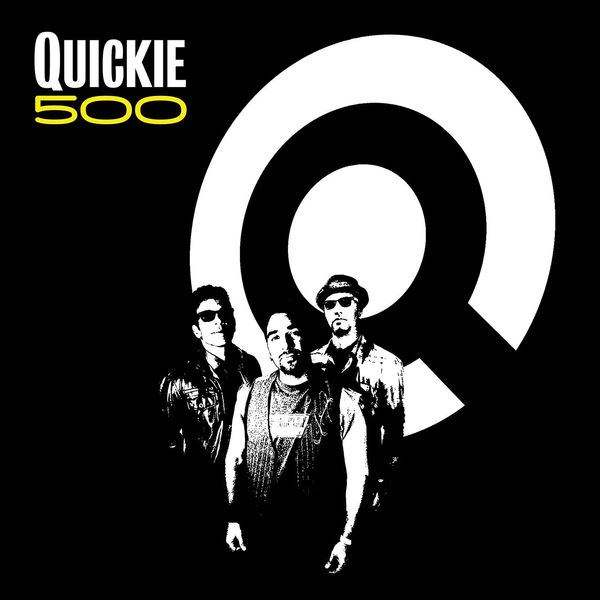 If you’re looking for that breakout novelty tune on Quickie‘s newest release 500, you’re going to be disappointed.

But if you’re looking for a serving of punchy, upbeat pop-punk sing-alongs, then you’ve come to the right place. The novelty tune has served Seattle-based Quickie well in the past. Previously breakout singles and videos celebrating Bikini Barista’s and Seattle superhero Phoenix Jones, as well as gimmicks like playing 44 gigs in one day, have paid off by garnering interest for the pop-rock-punk trio.

But that was then, this is now. On the band’s newest release, 500, Quickie proves there is more to the sound than just the shtick, delivering 10 bite-size nibblets of power-pop goodness.

The songs are stripped down lyrically, trading away some of the cuteness they previously relied on, and putting the focus squarely on the song craft and musical ability of bassist/vocalist Lou Trez, guitarist Joe Wolf and drummer Retten Steincipher.

(More information about Quickie is available at their Facebook at www.facebook.com/QuickieTheBand. 500 is available for sale at the usual places, such as CDBaby and iTunes. The band recently released a statement confirming the departure of founding guitarist Joe Wolf. The post on the band’s Facebook page shared memories with Wolf, wishing him well, and said Trez and Steincipher will soldier on as a two-piece for now. You can check out the anime culture-inspired music video for “Pretty” below, shot on location at Sakura-Con 2015.)