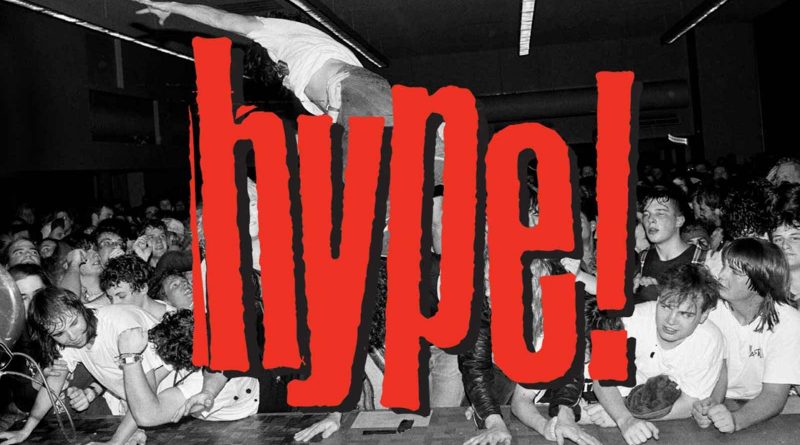 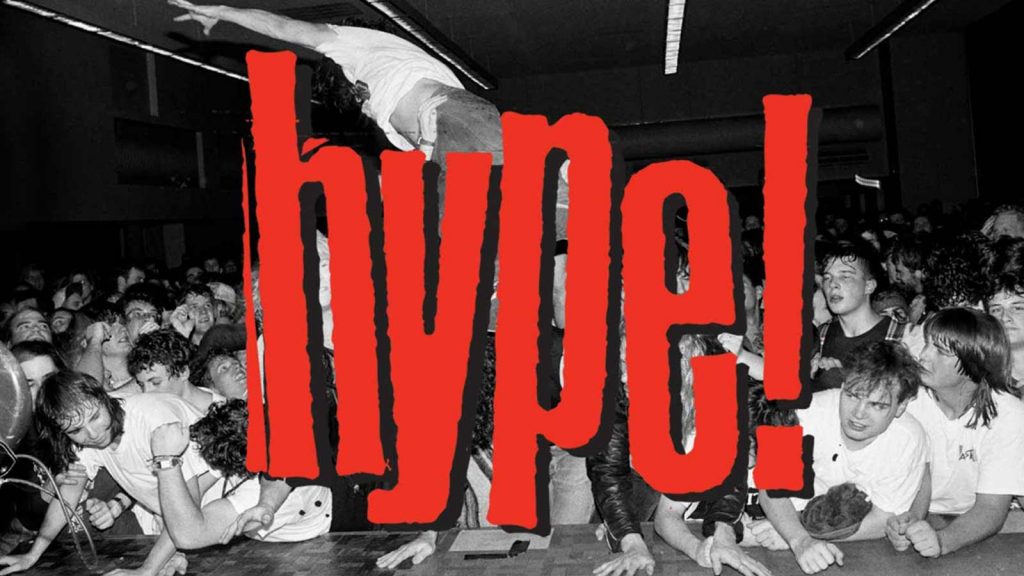 Oddly, some of the best depictions of the “grunge” scene of the 1990s have come from non-NW residents: Mark Yarm’s oral history “Everybody Loves Our Town,” Everett True’s “Nirvana: The Biography” (which covered a lot more than Nirvana), and Doug Pray’s “Hype!,” just reissued on DVD and on Blu-ray for the first time. Then again, it might not be so odd; an outsider’s going to bring more objectivity to the venture, which can result in getting a fuller picture. Pray’s Hype! is a fond look at “grunge,” but also makes the point that the Northwest music scene encompassed more than that genre.

Hype! was terribly exciting when it was first released in 1996. In the days before Youtube, it was thrilling that Pray managed to dig up footage of the very first time Nirvana performed “Smells Like Teen Spirit” in public. But it also put the story in context, going back to the ‘80s as the scene was coalescing. The inherent insularity of the Pacific Northwest (lousy weather keeping you indoors so you practiced more; the lack of touring bands that even came to Seattle meaning there were fewer outside influences) led to the creation of a style of music that wasn’t trying to emulate anything. It was also largely for fun; those who wanted to “make it” in the music biz moved to NYC or LA.

The end result of was a music scene that didn’t take itself too seriously, which is an important element of Hype! Grunge was seen as angst-ridden music, which totally overlooked the humor that pervaded the scene: Mudhoney’s hilariously over-the-top performances, “grunge slang,” what photographer Charles Peterson calls the “element of dumb.” These weren’t bands, as “godfather of grunge” Jack Endino puts it, who were aspiring to technical perfection; they simply wanted to have a good time.

There’s a great roster of interviewees, and not just drawn from well-known acts like Pearl Jam, Soundgarden, Screaming Trees, Mudhoney, Bruce Pavitt and Jon Poneman from Sub Pop Records. There are also interviews and live performance clips of the Mono Men, the Gits, Coffin Break, Some Velvet Sidewalk, the Fastbacks, Gas Huffer, Dead Moon, and Flop, among others, nicely illustrating the breadth of the musical offerings. Some fun (if brief) archival clips too, of the U-Men and the pre-grunge cult film Rock ‘n’ Roll Mobster Girls (which starred the Doll Squad).

Among the bonus features is a short “Hype! 20 Years After” film, with new interviews. Everyone seems pretty grounded; Mudhoney, for example, signed to a major as a result of the grunge mania, got dropped, but are still out there making music. It’s also decidedly poignant. The music industry is quite a different beast now compared to 20 years ago, and it seems unlikely a scene could develop and flourish the way it did during the 1980s and 1990s; now bands are scrutinized from the get go, filmed and documented, “hyped” in a way it wasn’t possible to imagine back then. Developing out of the spotlight was what enabled the Seattle music scene to be so distinctive; no one was playing up to anyone’s expectations.

Hype! is a lively and engaging look at the period when Seattle was the center of the rock universe. And what a time we had.

There will be a special 20th Anniversary screening co-presented with Northwest Film Forum in Local Sightings Film Festival. Director Doug Pray, producer Peter Vogt and others will be in attendance and there will be live music before the screening! Get tickets HERE.