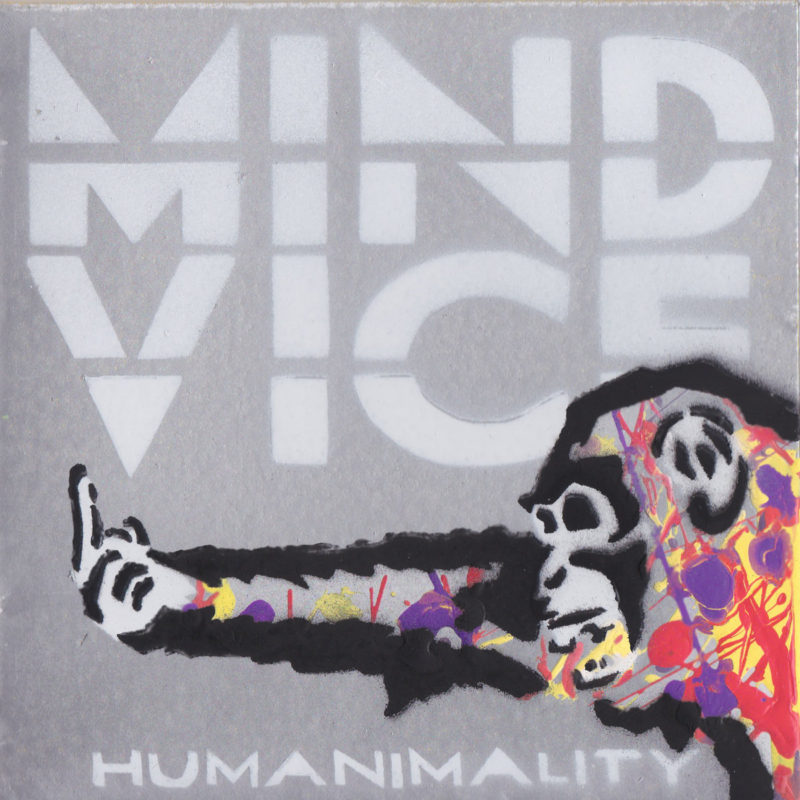 Slice off a thick meaty piece of bluesy stoner rock and top it off with the growling vocal acrobatics of Walter O’Toole, and you get Mind Vice‘s new EP Humanimality. Each track is steeped deep with gritty blues and nasty bass lines… This EP is too short. The four tracks, one being a cover, are a great fun ride, but it feels like someone just fired up their motorcycle and took you for a spin around the block and dropped you off at your mom’s house before heading out to some great adventures, leaving you behind.

Humanimality opens with “Bluesmotorwolf,” which they wrote as a tribute to the late great Lemmy. I feel that Mr. Motorhead would be proud of the track. It’s rootsy and hard-hitting, and has a good feel to it. The next track, “Congress of the Cow,” is equally great, as O’Toole channels Justin Hawkins a teensy bit, mixed in with the dirty blues makes it an easy track to bob your head in time.

The cover on this EP, “Kitty,” I think won me over. Taking a Presidents song and making it metal is genius. You can feel the love for the song and the goofiness, and it’s also refreshing to know they don’t take themselves too seriously. Humanimality finishes out with “Break the Cage (Little Monkey),” and Ian Sides shows serious bass prowess with his attack on the instrument.

If you are into some serious blues metal bands, as well as monkeys, this is the EP for you. Humanimality was made with you in mind.

(Don’t be a stooge, get one of those purty hand painted and stenciled, by Ian Sides, CD sleeves. Splurge dammit! You need the monkey finger. Preorder here. You can stream “Bluesmotorwolf” below.)