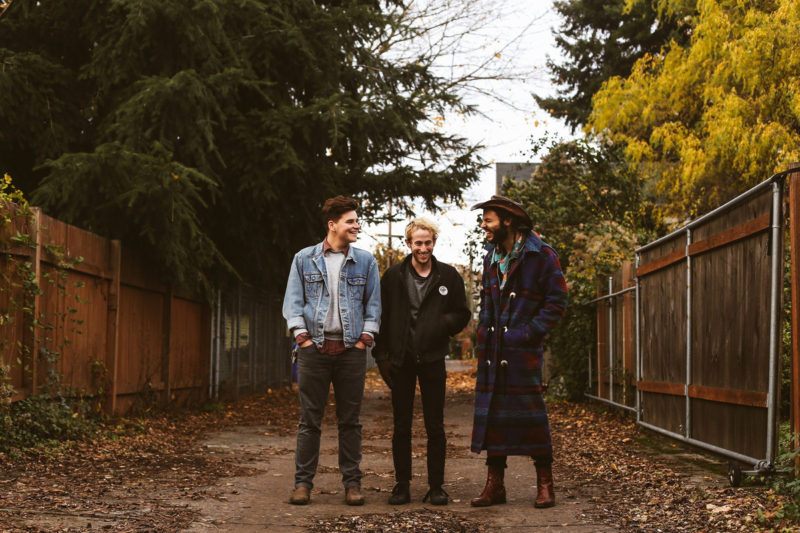 When forming a band that adheres to a widely-known rock sound, you need to know how to make it unique. Contributing their talents as a band of three, Little Star knows how to do exactly that. While many of their songs on Being Close stick to the common pattern of a rock song, they know how to add in flair of their own without overdoing it.

One of the attributes that automatically pulled me was how Daniel Byers sounded highly similar to Balacade, a fantastic musician also residing in the Pacific Northwest. “Cheeseman,” “For Goth Easter,” and “New TV” are a few songs where the trio’s soft, distinct sound is accentuated. Byers and Balacade are alike in the sense that both artists include solid vocals and the ability to have that specific indie undertone to their voice without the force many new artists try to claim. Not limited to their individual sound, Little Star knows how to weave the right amount of pop without creating a record that is commonly heard within their music scene.

“Banker” is my favorite song on the album, as it includes the most pop without forgetting the indie vibes, which is very important when trying to create your own sound. In my opinion, one of the most essential aspects to a rock song is the mixture between the guitar and drums. Examples of songs in which Byers and John Value execute the perfect ratio are “Voice” and “Attention”. To wrap up their perfectly crafted sound, Byers and Julian Morris craft every song with the most magnificent stories that will seem relatable to any audience.

With every meticulous detail taken into account, Being Close is an album that will definitely appeal to all listeners.

(You can purchase Being Close via Little Star’s Bandcamp page.)