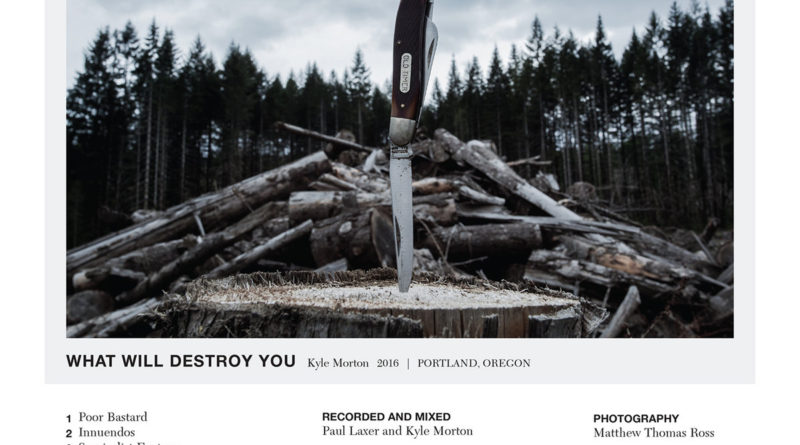 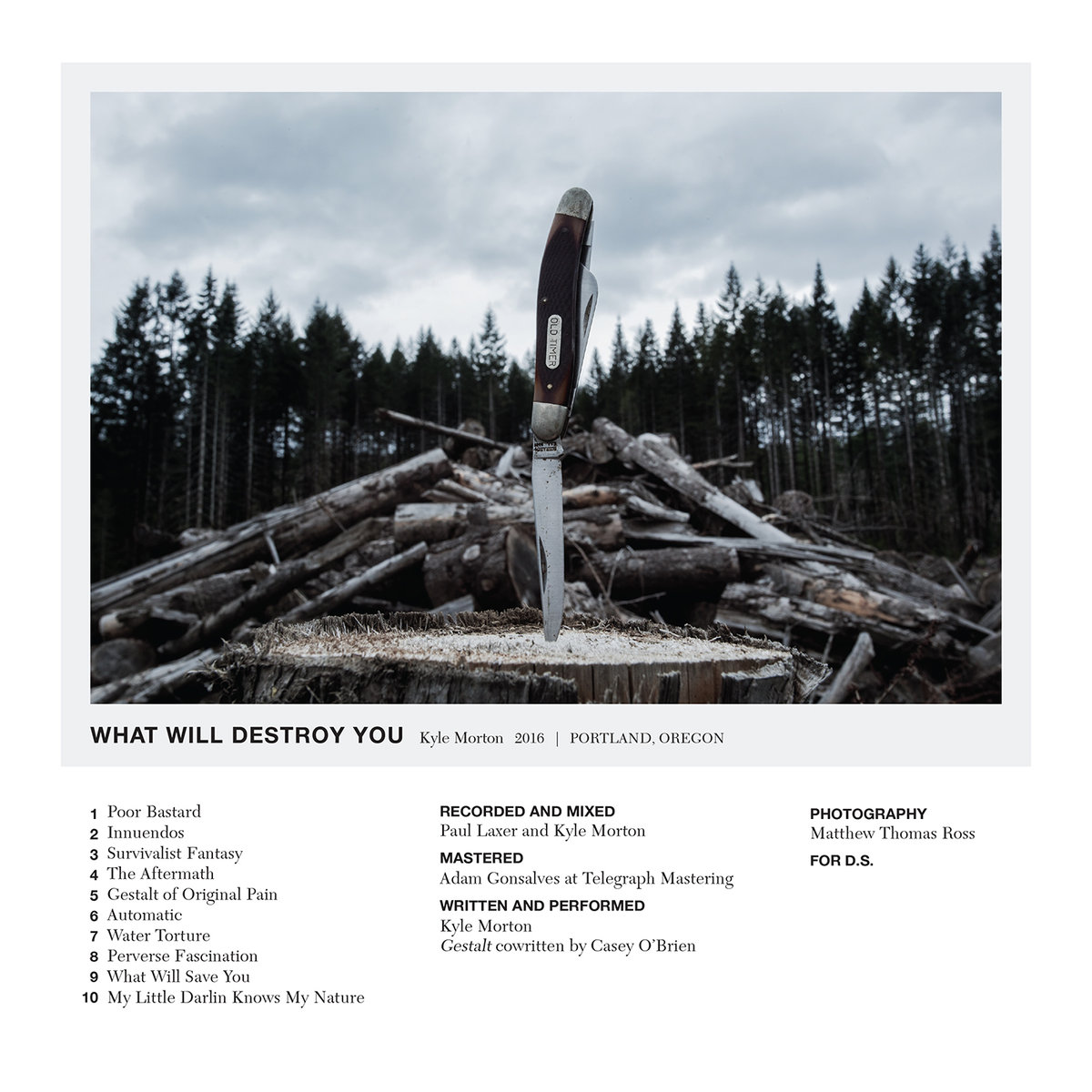 Death might be no one’s birthright more so than Portland, Oregon’s Kyle Morton. Afflicted with Lyme disease at a young age, Morton has led a fatigued but incredibly productive life. With his main project, Typhoon, Morton has made a name for himself as one of the northwest’s finest songwriters. From the armless attempting to embrace one another to drowning beside a forest fire, his lyrics are often macabre allegories outlining the symptoms of his ailment. All of these songs seem to explore the thin line that divides the sapped energy of his life from the eternal silence of his eventual death.

His latest effort, a solo record entitled What Will Destroy You, finds him exploring these same themes, but with a far more somber and contemplative approach than the frenetic bombast of the 12-piece Typhoon. What Will Destroy You sets things off with a disturbed anecdote entitled “Poor Bastard,” in which former lovers have gathered unexpectedly to witness Morton’s premature funeral. The contrast of the quirky, late-era Mountain Goats instrumental paired with the dark humor of the scene does a great job setting the pace for the rest of the record. No matter how bleak it gets, there is an undeniable charm inherent in Morton’s writing that makes it okay for us, the witnesses, to “laugh, and leave,” often taking something with us. At the end of the this particular track, he offers the listener a “mantra,” promising that he will “come back reborn” — an optimistic moral for someone so tortured and death-obsessed.

Despite the dreary exterior of the What Will Destroy You, at its core and conclusion, it is a love record. This year found Morton tying the knot with Danielle Sullivan, an incredibly talented songwriter in her own right (check out her project Wild Ones). This is reflected, if only in brief glimmers, throughout the record. “Water Torture” finds Morton catatonic on a couch, waiting for his lover to return from the grocery store. He is alone with his thoughts, stagnant to the point of “cataclysm.” In this state, he is faced with the same notorious hallucination as the protagonist of the cult-hit Trainspotting, “babies crawling on the ceiling.” Presented this psychedelic image, Morton decides it is a sign that maybe it’s time for him to “start a family.” In many ways, the record serves as a somber foil to Father John Misty’s sardonic I Love You, Honeybear.

Instrumentally, the record is intentionally sparse. While a few tracks evoke early Paul Simon with chirpy pianos and punchy horns, most of them are pure coffee shop folk. Morton’s Cohen-style finger-picking is often overlaid upon atmospheric elements like Rhodes keyboards and tape loops, forming a hollow and haunting backdrop for Morton’s stories. One of the most interesting sonic elements of the record is something that has followed Morton through his entire career: the production on his vocals. They are stacked, compressed, and panned to the point of becoming spectral, vaguely pulsating throughout the listener’s earbuds in a hushed, phantasmal tone. The end result is a modern and hi-fi take on Iron & Wine’s signature vocal approach.

The release of What Will Destroy You was sudden and unexpected — a single status posted on Typhoon’s Facebook page alluded to it a mere 24 hours before its release. The record was dropped late at night, and to those who awoke to find it in their Facebook feeds, it might have been a greater indicator of fall’s arrival than even the brown leaves on their doorstep. The record might not pack as much of a punch as the full-fledged Typhoon, but the songs on What Will Destroy You prove Kyle Morton still has enough force in him to knock you firmly on your ass.

(What Will Destroy You is available for purchase digitally via wearetyphoon.bandcamp.com, and on vinyl via typhoon.merchline.com. Stream the track “Water Torture” below via YouTube.)