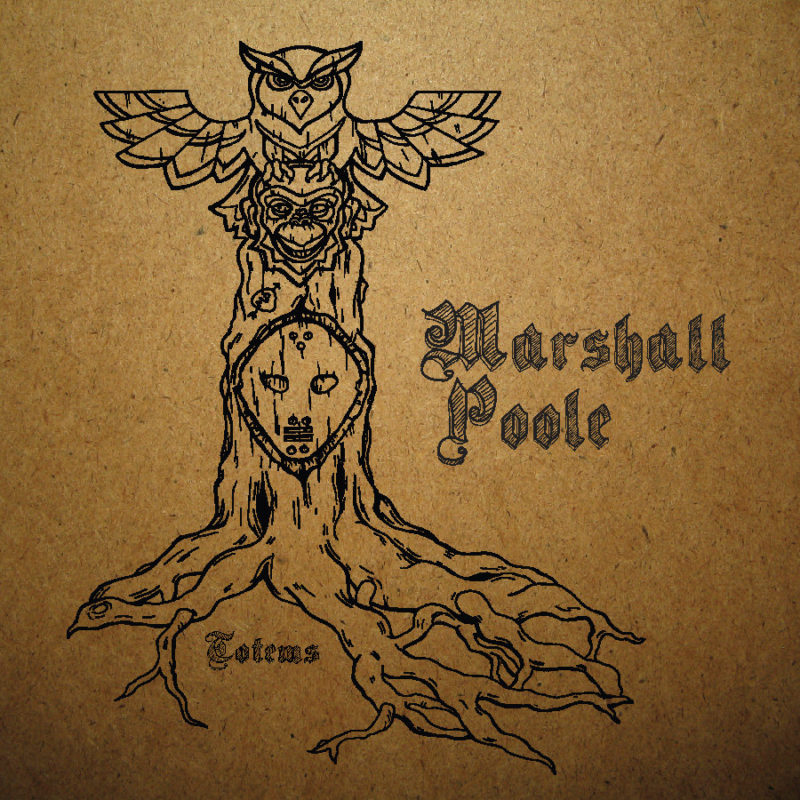 When people refer to music created in the Northwest, most will acknowledge Washington and Oregon. Separated from the Pacific, this band still brings the punk rock sound that its neighbors possess. From Boise, Idaho, Marshall Poole has been cultivating their music persona as far back as 2010. With previous work up their sleeve, Totems does not disappoint. Released on November 7, 2015, the 11 track record really holds onto loud psych rock vibes the whole way through.

One of the features that stuck out almost immediately was the harmonious balance between the guitar and drum lines played by Rider Soran and Michael Hoobery. If executed incorrectly, the two instruments can clash and make the song sound all over the place, but Soran and Hoobery work simultaneously to create a hard rock sound without going overboard with it. A song that demonstrates this blend perfectly would be the third track, “Shapeshifter,” where the instrumental line is steered by an overall haunting ambiance. Between the middle and end, the song goes off course with a wicked guitar solo, but ultimately wraps everything together.

Appropriately named, the fourth track “Demon Dance” is rock so upbeat that you won’t even notice your foot tapping or head bobbing. While this track is not as brash as the others, it still conveys their guitar-driven sound that is familiar throughout the whole album. Although Marshall Poole is successful in their genre, my favorite song would have to be the fifth track, “Wandering Eyes.” Upon listening to Totems, this track stood out due to how different it started. Most of the songs dive straight in, but “Wandering Eyes” glides with a smooth guitar and rumbling percussion. About halfway into the almost seven minute song, the punk rolls right back in as if it never even left. The whole song is instantly amplified, bringing back the gritty guitar/ drum combo. Around the five-minute mark, the soothing and calm aura is back finishing off the song on a soft note.

While psych rock is not usually my genre of choice, Marshall Poole has all the qualities to convince me to think otherwise.

(You can purchase Totems through Marshall Poole’s Bandcamp page for $10. You can also sample the LP below.)