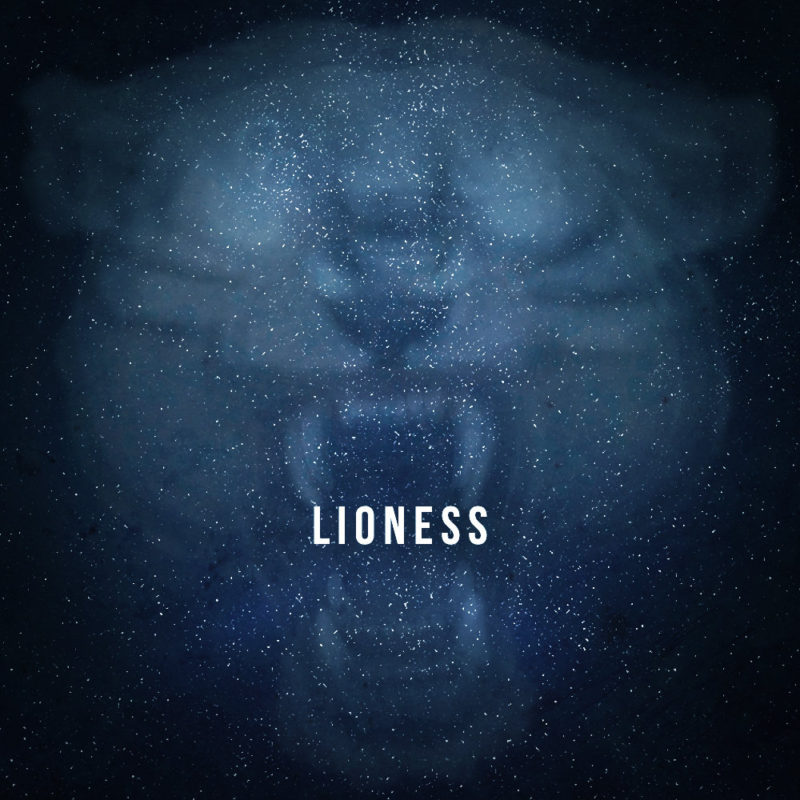 With a female lead singer and a dexterous guitarist, Portland’s own Earth Anchor has been entertaining fans all over the West Coast, including Vancouver, San Francisco, Los Angeles, and many more. Formed in 2013, they have released 4 EPs in two years, including ‘Outshined’, ‘Virtue & Fault’, and ‘B-Sides & Covers’, which have given them a solid base to work from, and Earth Anchor has forged ahead on a steadier and more purposeful musical path from which ‘Lioness’ has grown.

This album is very energetic, temperamental, slightly dark, and often cryptic, with songs that a lot of people can relate to finding comfort and familiarity.  The vocal talents of Heather Carafa are beautiful and rich, she has a strong voice and handles both the sweet melodies as well as the hearty blasts with expertise, comparable to  Evanescence’ Amy Lee.

Guitarist Kevin Carafa is a powerhouse and he starts this album out with rapid, tactile vibrations shattering his guitar, with amazing agility. He gives the tracks an excitement all their own, most notably songs “Red Flag” “No progress, No Reward” and “Animal”. Definitely worth sitting quietly, just listening to what Carafa is playing.  Drummer Andrew Carreon is just as brilliant with his sticks. His heavy and steady beats are solid and strong, while his active, nimble side, beats out a maze of fist pumping confusion that all concert goers love to hear and experience live. His talent is prominently impressive on tracks “Choice” “Siren” and “Animal” giving those songs depth and excitement that only a very talented drummer can supply.

The mysterious, guitar special “Nova” has no vocals and is so very relaxing. This song can be heard quietly or turned up loud, and its calming nature fills your soul with deep relief from the stresses of daily life. The track then flows smoothly into the rambunctious track 8, “Enemy”, in which they put in everything they’ve got, with Kevin manipulating his strings with intensity, Heather singing from deep inside of her soul, and Andrew beating the shit out of his drums. Then the song fades, ever so slightly, rounding out this project to a successful end.

With all of the bands out there in Rock Music Land trying to get their music heard, it’s not just knowing how to play an instrument or sing a song. You have to have talent; you need to be able to learn and grow as time goes by, improving your singing, your playing, your attitude and all along keeping your music all your own style, feel and sound. Earth Anchor will be moving up the ladder fast, so other bands, watch out, because these guys already have 3 feet in the door.