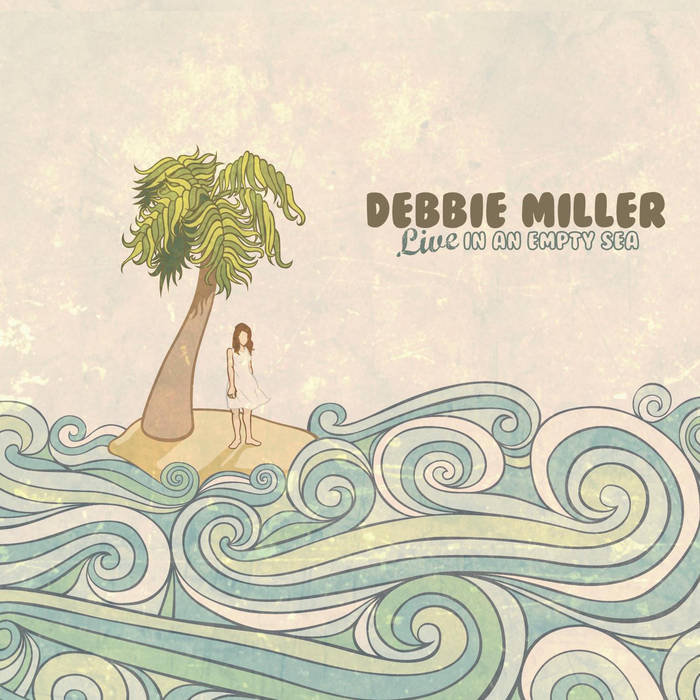 Equal parts Garfunkel & Oates and the “Oh Brother, Where Art Thou?” soundtrack, Debbie Miller’s January 2016 release LIVE In An Empty Sea transports the listener to an intimate venue — most likely a Pacific Northwest coffee shop — to experience her quirky, comical music quips. It is a collection of easy-listening modern folk songs, enjoyable for any fan of Iron & Wine, the Doubleclicks, and the Wailin’ Jennys.

“When I Was Debbie Miller” is a comical introduction to the artist in the form of a simple mandolin ballad. The song ends with a story, enlightening the listener on the fact that the song was named by a different Debbie Miller, which adds irony and charm to the piece. “From California” is an out-of-the-box love song that encompasses everything from the pains of out-of-shape bike riding to accidental drug over-doses to emotional issues. A relatable song in many ways, set to a catchy melody.

“Isaac” takes on a more serious tone. The timbre of Miller’s voice is emphasized in this slower guitar based ballad. Haunting harmonies and a minor key pull at the heart even without the lyrics that hint at an early death, while “Metaphor” picks up the pace and lightens the mood with comical stories of failed romantic encounters. It is a quick, witty, lyric-heavy tune that is crafted by a veteran storyteller. The somber tune “Alaska” slows the album down again. With a minor key and slow pace, it almost doesn’t fit with the rest of the album, but Miller throws in some witty lyrics that help bridge the gap.

The rest of the album follows in this manner of alternating between slow, sad songs, and upbeat toe-tappers, all with the common theme of honest, quirky, and comical lyrics. Interspersed with the occasional backstory or giggle, the album,  recorded at Empty Sea Studios, captures the feeling of a live show very well without sacrificing the quality of a studio recording. Overall it is easy and a pleasure to listen to, and can be added to the shelf of timeless records that make hours in traffic more fun.

(LIVE in An Empty Sea will be available for purchase on its projected release date via Debbie Miller’s Bandcamp page. You can stream the album’s first single “From California” below.)