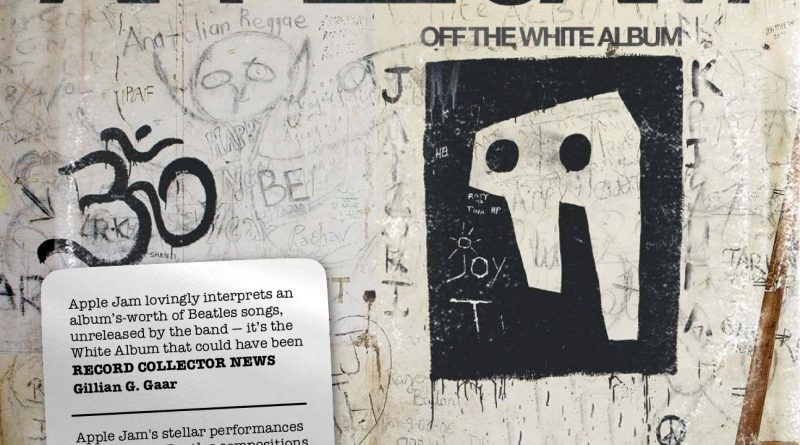 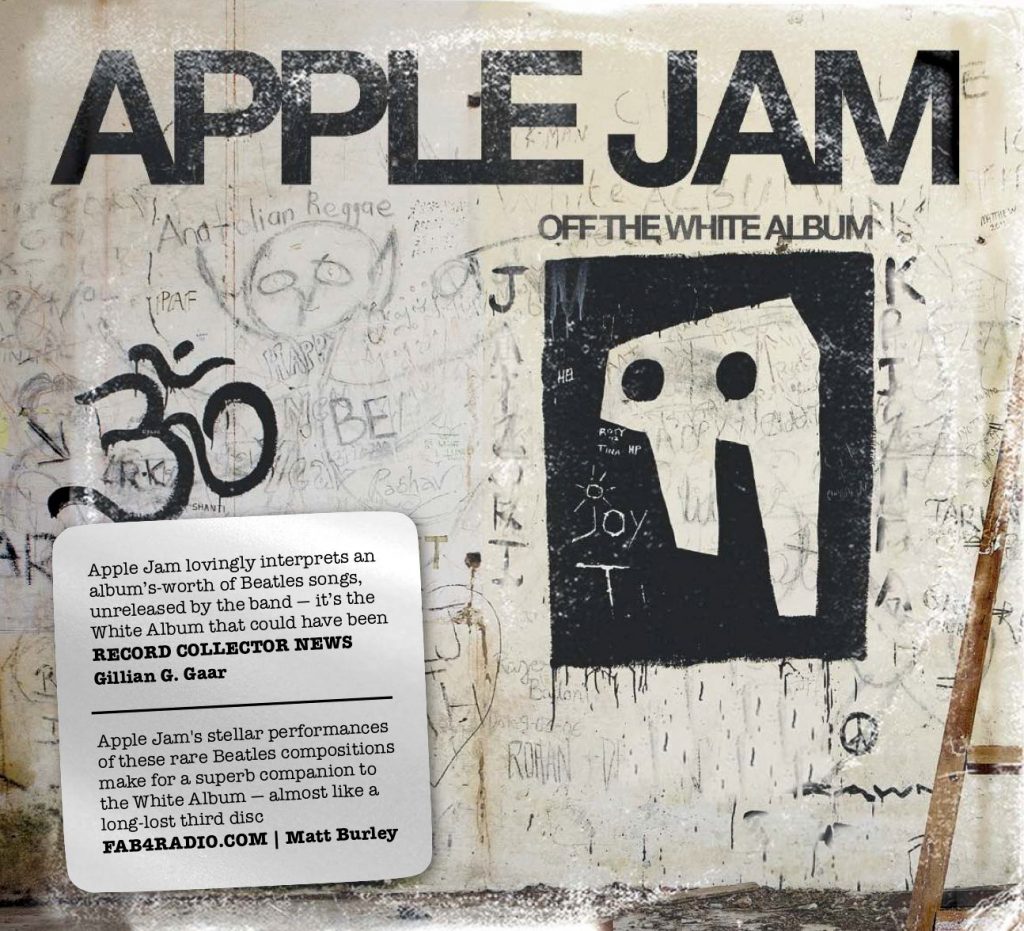 I first saw Apple Jam back in 2006, when they were helping to promote the show (Just Like) Starting Over (about John Lennon’s last interview). The lineup has changed over the years, but the mission remains the same; to play the music of the Beatles (and solo Beatles) to their best of their abilities and have a great time doing it.

They’re not impersonators; they don’t dress up like the Fab Four. And they do more than the standard Top 10 Beatles hits other Beatles tribute acts do; they dig deep into the catalogue and look for other creative ways to mine the territory. Such as their first album, Off the Beatle Track, which featured songs John Lennon and Paul McCartney had written for other artists (e.g. “Bad to Me” by Billy J. Kramer), recorded as the Beatles might’ve done them, if they’d held onto the songs.

Off the White Album takes a similar approach. It features songs (mostly) written during the time the group was recording the double album The Beatles (nicknamed the White Album due to its all white cover), and recording them as the Beatles might have, had they decided to put those songs on the album. It’s a fun concept, as well as one that reveals how prolific the Beatles were at the time (they had enough songs for not just a double album, but a triple?).

Some songs weren’t written for the Beatles in the first place. McCartney wrote “Goodbye” for Mary “Those Were the Days” Hopkin, and it would’ve fit nicely on the White Album, alongside the likes of “Martha My Dear” and “I Will” (and this performance in particular is one you might mistake for an actual McCartney outtake). Conversely, “Step Inside Love” was written by McCartney for fellow Liverpudlian Cilla Black as a theme for her TV show; its mainstream pop wouldn’t have been the right fit for the Beatles, but Apple Jam gives it a good arrangement.

Other songs got reworked and later resurfaced. “Child of Nature” is a pleasant enough song, but when Lennon later rewrote the lyrics, it became the classic “Jealous Guy.” McCartney’s “Cosmically Conscious” captures the spirit of the era, and later turned up as a B-side of his 1993 “Off the Ground” single. George Harrison’s “Not Guilty,” which reflected the sometimes fraught atmosphere of the White Album sessions, was re-recorded for his 1979 George Harrison album. Apple Jam does a fine job with each of them.

Interestingly, one of the strongest tracks is “What’s the New Mary Jane,” an improvisational track that was recorded by Lennon, his then-girlfriend Yoko Ono, and Harrison for the White Album, but was ultimately cut. You’d think this would the trickiest kind of song to reproduce, but Apple Jam does a creditable job with it (granted, they do keep it to a more reasonable length of 3:15; the Beatles’ take is twice as long).

“Sour Milk Sea” is another highlight, a strong Harrison track that he gave to another Liverpool musician, Jackie Lomax. But it would’ve made a great Beatles track, as Apple Jam’s rendition reveals. And then there’s “Suicide,” which, despite the gloomy title, is one of those showbiz-themed numbers so beloved of McCartney, which he offered to Frank Sinatra, and would’ve been perfect for him (maybe Frank never got beyond the title). Apple Jam shows what might have been.

Instead of being just another album of Beatles covers, Off the White Album takes a unique approach to the Beatles’ catalogue, and comes up with something clever and distinctive.

(Apple Jam performs at the Neptune Theatre on December 1, 8 pm; details at stgpresents.org. Click HERE For more info on Apple Jam and visit songsamples.offthewhitealbum.com to listen to samples from the album or click the player below).