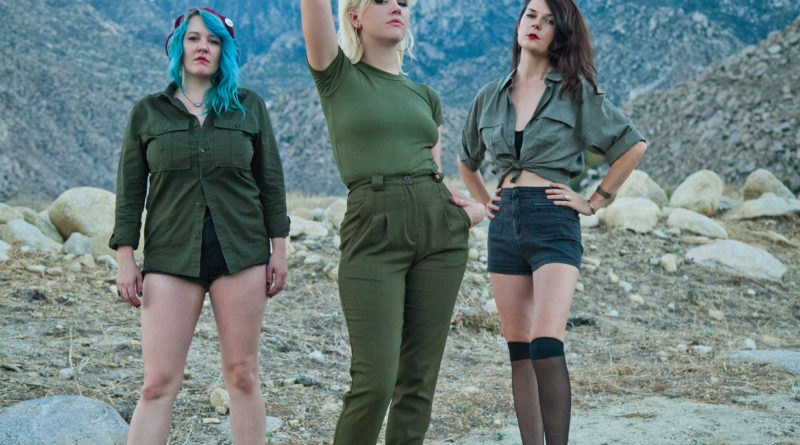 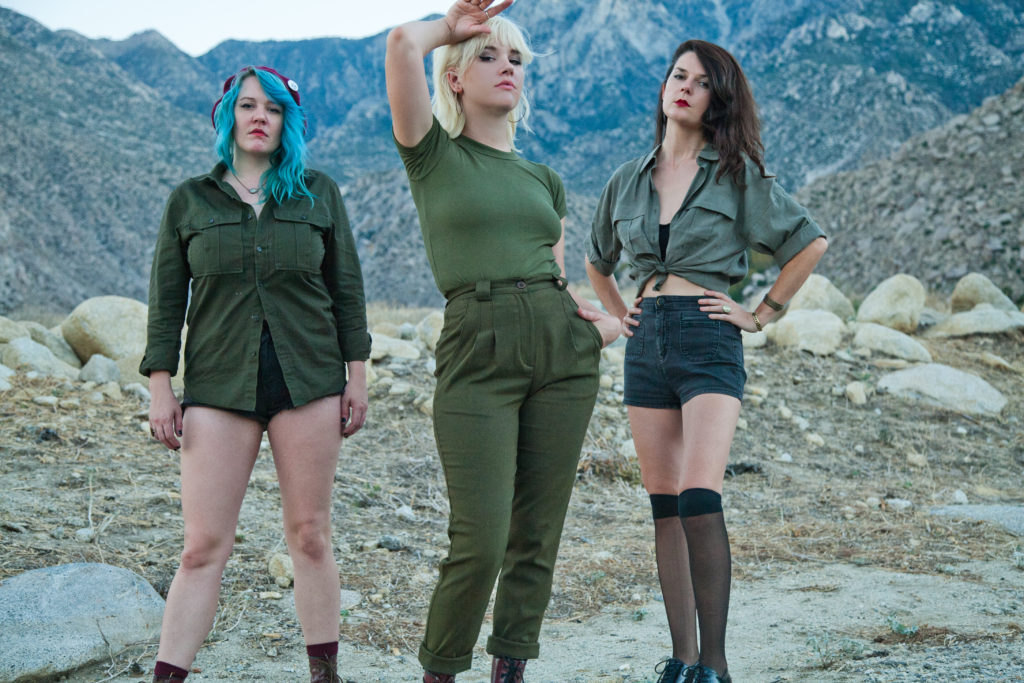 We had a chance to chat with Jennifer and Jessica Clavin from the band Bleached about their upcoming tour and early life.  They will be opening for The Damned April 16th at the Showbox Market and you should be there to see them.  The four piece band formed in 2011 recently released their EP Can You Deal? and if you like punk rock you should take a listen.

Jessie: I just got done with a hike.

NWMS: Tell me about the upcoming tour and how you got the opening spot with The Damned.

Jen: We knew there was a possible tour but honestly we didn’t think we would get it, and I was totally surprised when they asked us to join them. We’re really excited, the Damned is one of our favorite bands, we grew up being obsessed with punk music. It’s insane that we get to tour with them.

Jessie: We grew up going to so many shows, constantly watching bands so it feels crazy to be touring with this band we listened to.

NWMS: It’s amazing how things work out like that, suddenly you get involved with music and next thing you know, you’re touring with one of your favorite bands.

Jen: I think that’s the secret working, do you know about that?

NWMS: I do, I think if you really want something enough and you put it out into the world, it will happen.  I live by the quote, “The world makes way for the man who knows where he’s going.”

Jen: That’s awesome, I really like that and it’s so true.

NWMS: You mentioned going to a lot of shows, do you recall one or two that stood out as favorites?

Jessie: I remember going to the Troubadour to see T.S.O.L. which is crazy because we were so young at the time and we drove all the way to Hollywood.  We probably looked so young, but at the moment we felt so old, drinking 40’s on the side of the road. I remember being in that room and thinking this is so cool.

Jessie: We started driving later so we always had that one friend who had a license but we had to claim a spot in their car before it got filled up to get there. Then Jen started driving this cool 70’s Chevy Nova and that was great.

NWMS: Music was obviously a big part of your lives, how was it relatively early on?

Jen: We grew up with our dad playing guitar and our mom singing but we weren’t into the same kind of music as them growing up.  Jess and I picked up our dad’s guitars and basically taught ourselves how to play, then we ended up starting a band with our best friends.

Jessie: We were strictly into punk growing up but now we appreciate Linda Ronstadt.

NWMS: That sounds about right, when you’re a teenager you don’t really want to listen to Patsy Cline, it seems that you have more in common with the punk world.

Jessie: I’m now having this realization where there was a time that I started appreciating that music when I got into film a lot.  You would watch a really cool David Lynch film and all of a sudden a Patsy Cline song would come on and think this is so cool.  Adding the visual aspect to the sound for some reason opens up accepting the style.

Jen: A lot of those 80’s movies especially the John Cusack ones really influenced my taste in music.

NWMS: How did Bleached come alive?

Jen:  We were playing music for a while then started a band called Mika Miko which we did a lot of touring, and released a couple of records.  We ended that band as it felt that everyone wanted to go in different directions.  Jess and I went on separate paths for a year or so, I moved to New York, Jess staying in LA, and we played in different bands.  While we were separate we wanted to keep playing music together so when I visited home we recorded songs quickly and that is how the first two 7″s were done. We ended up realizing that Bleached is where we wanted to be so we took it very seriously and went for it in 2011.

NWMS: How did you pick the name?

Jen: I think it’s because we were obsessed with classic punk bands from the 70’s and 80’s, we were trying to think of a name that could’ve been a band back then but never was.  I thought of the name but I didn’t want people to associate it with Nirvana and that era. It just made sense as we would bleach our jean jackets, our hair, and it also sounds political in a way so we thought it was the perfect name.

Jessie: I feel that anyone can relate to that name.

NWMS: How did the collab with Grammy Award producer Joe Chiccarelli happen?

Jen: He actually got a hold of our demos and really liked them, and wanted to meet with us to give us advice. The budget we were working with at the moment felt like it couldn’t happen, but we met and everything he was saying to us was exactly what we wanted to hear.  We had such a good time and we really wanted to work with him and we found a way to make it happen.

NWMS: That alone is a great compliment to your music and artistry that he agreed to make the album with you.

Jen: That’s what Jess and I were saying, we felt that our musical talents were being validated when we were working with Joe. I know it shouldn’t have taken working with him to feel like musicians but it did.  You feel like, wow someone this talented thinks we are good enough to make a record with us.

Jessie: There were certain moments where he would give us a gesture like, you got this. It was really great working with him.

NWMS: Do you have any exciting plans in the near future?

Jen: We just released an EP called Can You Deal?, and we made a few zines that go with it. After the Damned tour we’re not sure what’s happening but there will be more touring. Then try to write and record a new record as well.

NWMS: What is the one thing you need on tour with you?

Jessie: With cosmetic stuff it’s definitely my dry shampoo which is amazing.

Jen: I would say my black cat eyeliner because it always makes you look awake and ready to perform.  I can be sleeping in the van all day and when it’s time to play that is all I need to put on to look ready.

Jessie: I’ll be in the passenger seat and turn around and Jen is ready to go!

NWMS: What can the fans expect from the upcoming tour?

Jen: We don’t really know what to expect at this moment.  When you’re opening for such a big band, you’re playing for their fans as opposed to our own show.  It’s weird because some people won’t even know who we are. I’ve been that fan before where I’m either in love with the opener or I think they’re horrible.  It’s going to be interesting but we think it’s going to be great.

NWMS: It is a great way to win over new fans though and expand your audience.

Jessie: It’s true when we come back in town some of those fans will know us and maybe come back. It’s how we discovered many bands growing up, seeing them as openers first. It is the best way to find a band and get to know them.

Check out Bleached on Facebook HERE and have a listen to their music below.