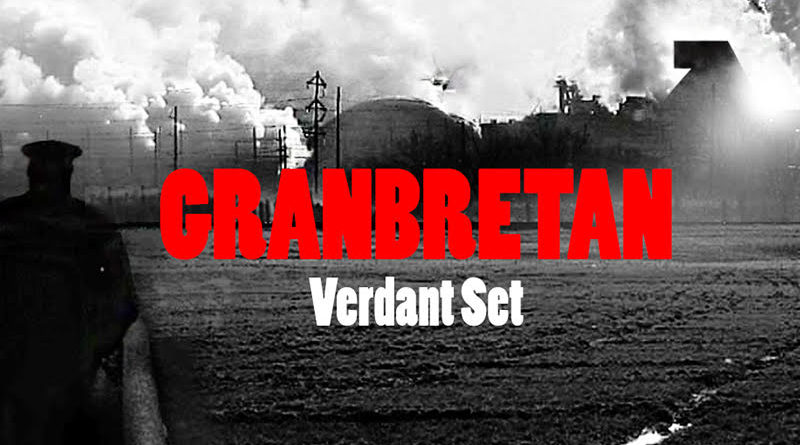 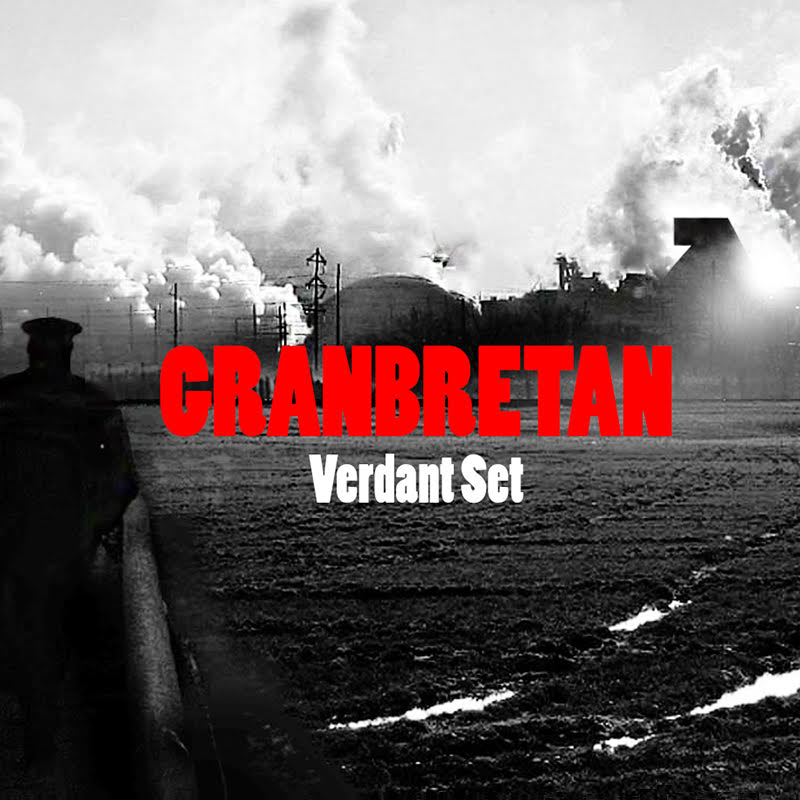 UK expat Paul Clark has been a Seattle resident for some decades now. Back in old Blighty, he was a member of post punk/alt rock act The Bolshoi (keyboards, backing vocals), before relocating to the Emerald City in the early 1990s. A short stint in Rorschach Test followed, then came the purchase of electronicmusic.com, just in time to ride the dot com wave.

Now he’s plundered the vaults and dug up some electronic creations he recorded way back in the day (between 1989 and 1994) on 4-track analog cassette. Thus we arrive at Granbretan, released under the name Verdant Set.

The opening track, “Tempus Fugit,” serves as something of an overture, a sampler demonstrating all the many kinds of sounds you can draw out of a bank of keyboards. The opening passage relies on repetitive sequences stacked on top of each other, rather like Phillip Glass, then, two minutes in, segues into a melody that’s more pastoral, followed by a smattering of tribal beats, the whoosh of white noise and/or a bubbling surf, then a sharp turn into a taut, edgy groove. It’s a little symphony, in seven minutes and 10 seconds.

This is music you can get lost in. “Flying Through the Dales” rattles along splendidly, a gloriously good joyride. “Searching for Signals” starts out as what might be called synth-jazz, then transforms into something more stately. The title track is quiet and doomy; something for a horror film, or maybe Twin Peaks. Perhaps that’s why it’s followed by a number entitled “Tranquility Trench.” It’s the album’s longest track, with a beginning that reminded me of Walter (now Wendy) Carlos’ score for A Clockwork Orange, but that’s just the start. With electronic music, short pieces can pack a punch, but it’s really nicer to just stretch out and let it flow on at length. The music here carries you along as if on a river with plenty of twists and turns, new sounds and experiences flashing by, dropping in for a moment, then disappearing behind you. It’s the album’s standout track.

“Does This Excite You” is one of those short (ish) punchy numbers, where a driving undercurrent of sound is topped by a stark piano line. This is the first number touched by the human voice: a snatch of dialogue, a scream, and what sounds like a chorus going “ahhh” (though maybe it’s another keyboard part). “Vostok 6” starts out as the chill out track, smooth and cool, something to kick back and watch the sunset to, until someone changes the radio dial and mood becomes rather more authoritarian, a militaristic march until the abrupt cut off into silence.

This isn’t modern day, high energy, too-many-BPM electronica/techno/dance/rave. This is electronic music to listen to and be absorbed by. And in honor of its mode of creation, Granbretan will be released on cassette (including a digital download). Pick it up through Clark’s website, or at the record — or, rather, tape — release party, set for April 13 at Darrell’s Tavern in Shoreline, as part of the monthly “Velocity” series of electronic music shows, hosted by Clark’s wife, singer/comedian Cathy Sorbo.

EDITOR’S NOTE: Since this review was published, Granbretan has since been re-released as Starship Oak under his name Paul Clark.

You can get more info at the Paul Clark website HERE.