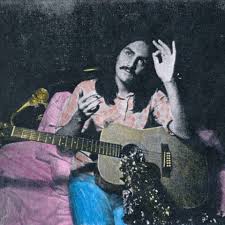 MICHAEL RAULT TO PLAY THE CROCODILE ON JUNE 24TH

Michael Rault‘s new album, It’s A New Day Tonight, has its home in the darkness, many of its songs looking at nocturnal activities, particularly sleep. “Sleeping and dreaming were attractive concepts,” says Rault. “I was looking for an escape from a lot of frustrating and dissatisfying conditions in my day-to-day life.”

The Edmonton-born, Montreal-based singer-songwriter-producer began working on its songs in earnest after winding down the tour supporting his 2015 full-length Living Daylight, but getting to the point of having an album was a process. “Musically it came out of a period of dissatisfaction, creatively and personally, as I found myself pushing against the limitations of my abilities and approaches to making music.” But those delays eventually paid off. As he was working on Tonight‘s songwriting, Rault kept entering the orbit of Wayne Gordon, the producer / head engineer at Brooklyn’s legendary Daptone studio—first through opening stints for the late firebrand Charles Bradley, then while on tour with Aussie shredders King Gizzard and the Lizard Wizard. Sending Gordon early sketches of some songs led to Rault heading to Daptone for what was initially going to be a two-week recording stint. Midway through that Gordon approached him about signing to the Daptone Records label’s fledgling rock spinoff, Wick—and becoming the first Canadian member of the Daptone family. Signing with Wick also led to Rault finishing the record at Daptone and bringing Gordon on as co-producer.

It’s A New Day Tonight has the loose-limbed feel of a lost album by ’70s bands that bridged the gap between folk rock’s open-hearted strumming and power pop’s crisp, melody-forward confections—Wings, Badfinger, Big Star, 10cc—yet possesses an energy shot through with 21st-century optimism. That vibe was assisted by the live-to-tape recording setup at Daptone. “The editing and patching together of tracks on the album was minimal compared to modern standards, which forced me to get more used to having to perform each song all the way through in the studio and then live with the imperfections afterwards,” says Rault.

The album’s title (and title track) comes from the most Canadian of overheard sources: a pregame interview with a hockey player coming off a rocky night. “He said, ‘It’s a new day tonight, we’ve got to put the past behind us.’ At first, I thought it was an awkward phrase,” says Rault. “But I quickly thought: ‘Awkward turn of phrase… or a good album title?’ [The title track] is almost completely describing a very positive nightlife experience, but the opening line implies that this evening is coming as a major relief after spending the majority of the day depressed.”