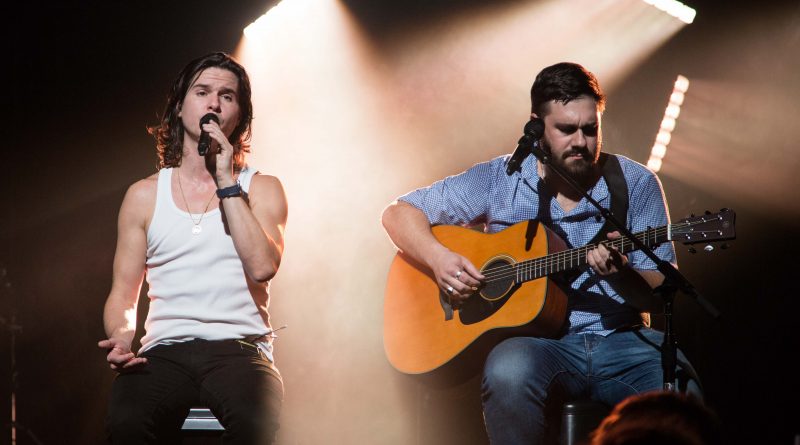 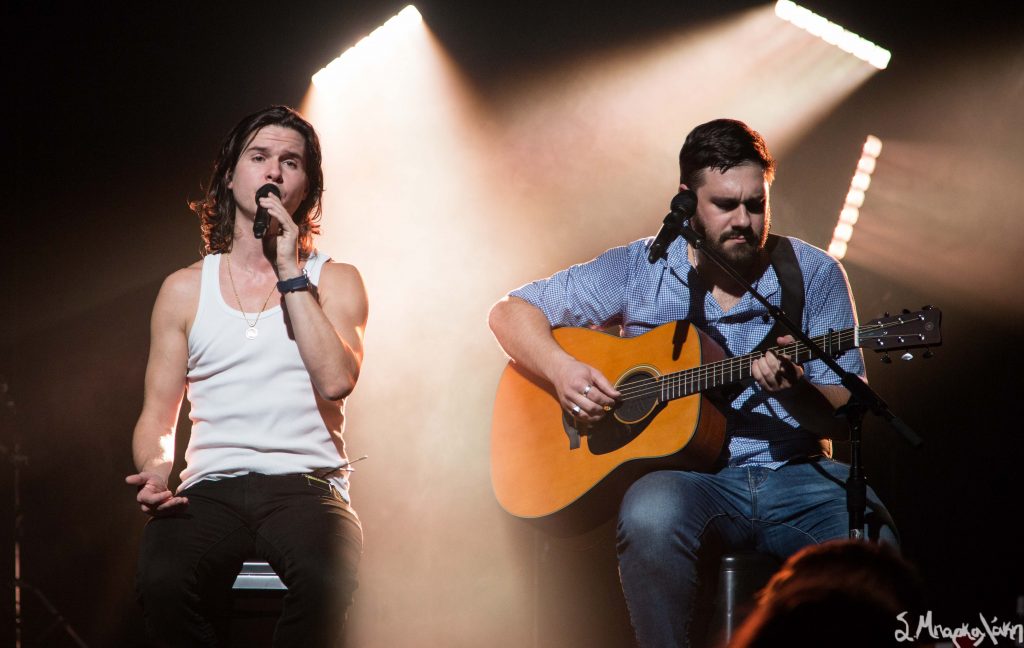 As we headed over to the Moore Theatre to watch Lukas Graham in concert I remembered catching them their first time at the Crocodile right when they were picking up attention. It’s been a few years now and after their successful second self-titled album earned them huge commercial success I was happy to check them out again. Walking into the Moore I noticed that a lot of people were smiling and a few were holding Danish flags to show their support of the band. They had to postpone their tour supporting their third album, 3 (The Purple Album), by a few months but that didn’t seem to matter much, as the venue was filled all the way up to the third balcony.

As the time came for the band to take the stage we saw members Lukas Forchhammer, drummer Mark Falgren, and bassist Magnus Larsson appear as fans cheered. Forchhammer has drawn a huge female following that is easy to notice, thankful to his good Danish looks. He was wearing a yellow old school Russell Athletic hoodie as he stepped to the front, starting the night with “Hold My Hand.” 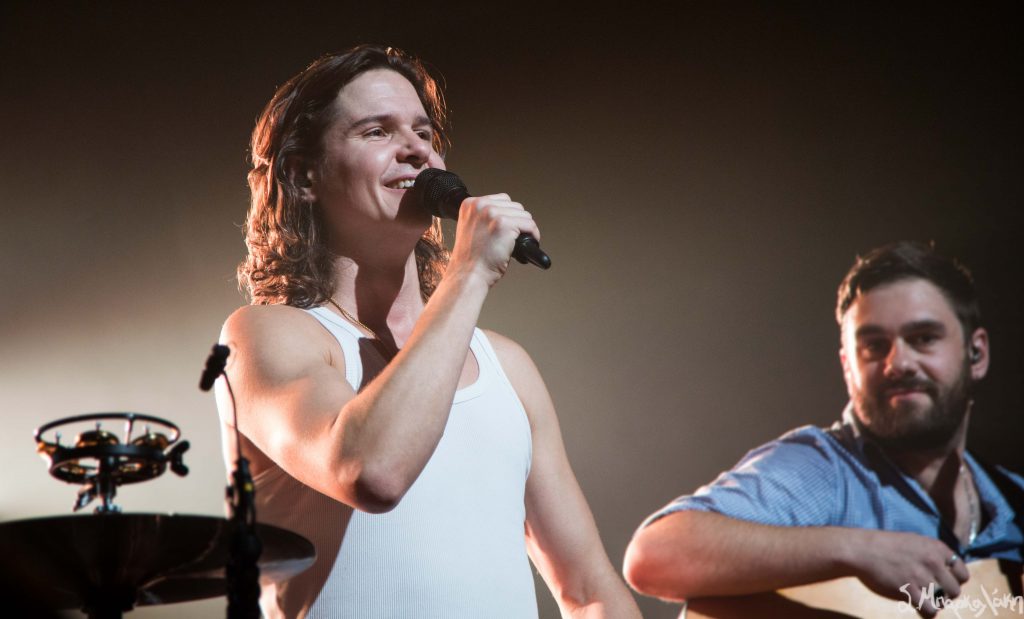 What I liked the first time around was his seamless way of connecting to the audience and this is something he did not lose in the last few years. He stopped to chat a few times with them; he sang happy birthday to an eight year old fan, he shared a audio clip of his daughter’s heartbeat and got emotional talking about her, he narrated how a few of the songs were brought to life, and pointed out his friend in the audience who told him that he should perhaps write a song about his mom too when he was focusing on his deceased dad.

He still showed a very genuine side of himself wanting to connect and share the stage with his best friends. There is no doubt that much of his ability to be so emotionally open was created when he lost his dad suddenly back in 2012, creating beautiful lyrics that were so close to him. When he sings “You’re Not There,” he pulls you into the feelings that were brought up after that making you think about your own loses and those who are not around any longer. 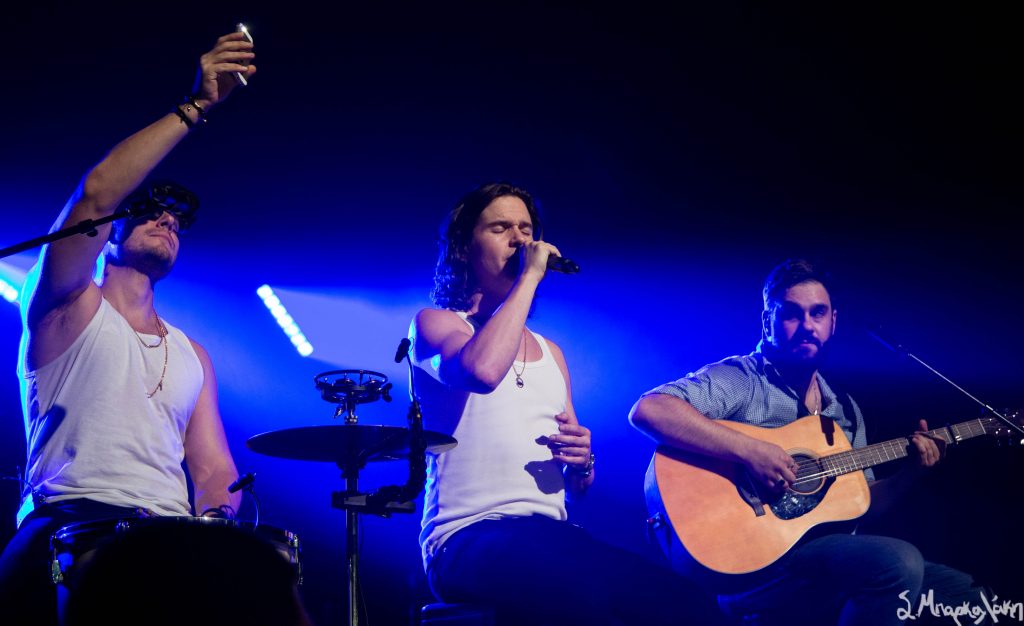 The show of course is not a sad one as Lukas brings up the energy moving around singing more upbeat songs. He brought out opener Lauren Duski for a duet that became a highlight as their energy was great. He mentioned that they’d been here three times but this was the first they actually could walk around and explore the city and joked that he never thought that there would be a more rainy city than Copenhagen but that he was wrong.

After the mid-point of the show the three members sat in the front on stools and played a more intimate set for a few songs before being joined by the rest of the touring members. During “Love Someone,” fans were singing along, turning their attention to their significant others and holding them closer. Their main set ended with “Funeral” and they returned to close the night with their most successful track, “7 Years.”