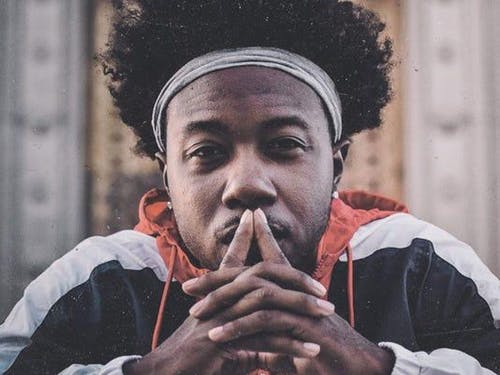 Mark Battles coming to the High Dive on November 24th

As a young, up-and-coming artist born and raised in Indianapolis, self-proclaimed hip hop artist Mark Battles’ success is driven by his desire to properly represent his hometown with the production of effective music that listeners will not only appreciate, but also remember. With influences such as Eminem, Tupac, Jay-Z, Big Pun, DMX, LL Cool J, and Drake, Mark describes his own style as not only “modernized” hip hop, but also “the essence of real hip hop”.

Officially launching his career in 2005, Mark Battles has chosen the route of establishing a new name and face that the hip hop industry will acknowledge. With the pressure of giving Indianapolis a good name, his plan for success in this regime is to expand his brand Fly America and “take it as far as possible.” With this in mind, Mark’s plan to take over the internet consists of media outreach through [hip hop] blog sites, social networking, and by utilizing YouTube. After this is accomplished, he would like to transfer his talents over to the radio and continue to promote the success of his brand.

Although he is still trying to make a name for himself, Mark is interested in working with inspirational artists such as Wiz Khalifa, Mac Miller, and Lil’ Wayne. As a firm believer in conducting thorough research, pursuit and productivity are just as important to Mark and his success, “It’s hard work…so continue to work hard.”