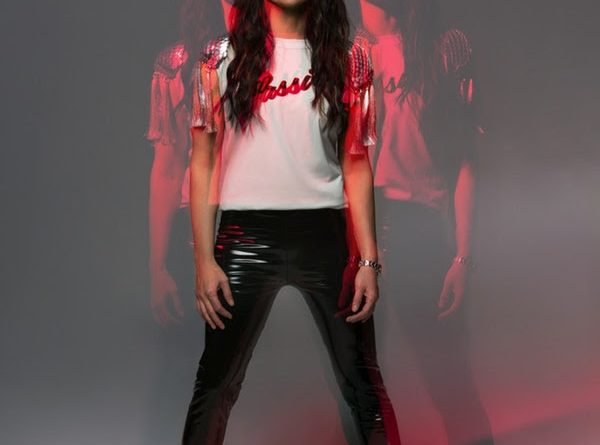 KT Tunstall to play The Crocodile on October 17th

Two years ago, KT Tunstall thought she was done with music. Not done as in she’d never again play guitar or sing, but done playing professionally, at least for the foreseeable future. “As an artist I feel like I died,” she says. “I didn’t want to do it anymore.” It had been ten years since she’d released her multi-platinum debut, ‘Eye To The Telescope’ (2004), and twenty-some years since she started playing gigs as a teenager back home in St. Andrews, Scotland. She’d lived a decade in obscurity and a decade in the brightest of limelights, releasing three more critically acclaimed albums — ‘Drastic Fantastic’ (2007,) ‘Tiger Suit’ (2010,) and ‘Invisible Empire // Crescent Moon’ (2013) — and playing everywhere from the rooftops of splashy Las Vegas hotels to Giant’s Stadium. She’d been nominated for a Grammy, won a BRIT and the Ivor Novello, and seen her songs used everywhere from opening credits of “The Devil Wears Prada” to Hillary Clinton’s 2008 campaign theme. She’d had a good run, Tunstall thought, but it was time to take a serious Time Out. “I was utterly burnt out,” she says.

So the singer put her stuff in storage, sold all of her property in the UK, and started again, at what felt like the ends of an entirely different earth, in a little house in Venice Beach, California. She lived a quiet life for the better part of a year, until, like a little imp waiting in the wings for Tunstall to get really comfortable in her state of blissed out California calm, one day the urge to rock began to return. And once it took hold, it just wouldn’t let go. “My physical body was telling me that what I should be doing is sweating onstage,” she says. “It turns out, if I can’t do that then I’m just a racehorse in a stable.” Almost against her own will, Tunstall found herself picking up her guitar and writing riffs. And they came, one after another after another after another.

The music that Tunstall has written since moving to California is, she says, the most impassioned and inspired of her life; these songs were fueled by the openness of desert spaces and wild ocean cliffs, the intimacy of being snowbound in Taos, New Mexico during winter writing retreats, and the freedom and mystery of driving too fast on canyon roads late at night listening to Neil Young and Tame Impala at top volume. A new full-length album coming this September, is, in spirit, the follow-up, to her debut. A edge-of-your-seat, psychedelic rock record rooted in classic songwriting, but infused with the sense of wonder and beneficent chaos Tunstall has reconnected with since untethering herself from her past. But first up, a little teaser of what’s to come: ‘Golden State,’ a four-song EP out this June including a remix of “Evil Eye” by critically acclaimed UK band Django Django.

The opening track, “Evil Eye,” was the first song that came to her since going on hiatus. “It was just a little seed,” the singer remembers. She’d been rehearsing for a string of low-key gigs where she’d be performing some of her back catalogue, the first shows since the relatively formal, seated gigs she’d given last time she was on tour. “It was a vibrant up-tempo high-octane gig, after so long of not playing that kind of show,” she recalls. Something got shaken loose. “I just got excited, and it was then that I wrote the riff for ‘Evil Eye.'” With its beguiling psychedelic whooshing intro, propulsive guitar line and primal backbeat, the song comes on all roll-your-windows-down-and-turn-me-up, before sneaking up behind you with a downright chilling chorus: “There’s an evil eye, watching you.” “Some of these songs are like cats, they’re really furry and sweet and then they fuckin’ scratch you, and they won’t let you put a leash on them, ever,” Tunstall says gleefully.

Above all, what these songs have in common is they all feel like they had to be written. And now that they’re done, Tunstall is standing at the starting line, just itching for the gun to go off. “Getting to know myself these last few years and getting to know what my own mind is capable of and what my soul is capable of and what my spirit is capable of — reading and learning and reaching out to new people and gleaning new information about what’s possible as a human, it has all made me want to ask the same questions of myself as a musician: how much can I expand?! Where can I go from here?!” Tunstall enthuses, nearly out of breath. “This feels like the beginning of the second chapter of my career.”