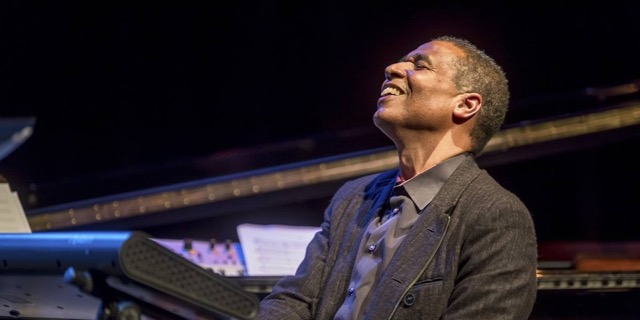 With the recent closing of Seattle’s decades-long venue for live jazz, Tula’s Restaurant & Nightclub, KNKX and Dimitriou’s Jazz Alley are partnering to provide a regular monthly venue for performances by our region’s top jazz musicians.

A noted pianist, composer and leading figure in the Northwest jazz scene, Marc Seales has shared stages with many of the great players of the last two decades. He has played with nearly every visiting jazz celebrity from Joe Henderson and Art Pepper to Benny Carter, Mark Murphy, and Bobby Hutcherson. With the late Don Lanphere he performed in such places as London, England; Kobe, Japan; The Hague in the Netherlands; and the North Sea Jazz Festival.

The musicians he admires most are Herbie Hancock, Charlie Parker, John Lewis, John Coltrane, Miles Davis, and Wynton Kelly, though he is quick to acknowledge that he owes the basically be-bop/post be-bop sound of his playing to his mentors, Don Lanphere and Floyd Standifer.

Critics have praised Seales variously for his “meaty piano solos,” and “blues inflected, Hancock-inspired modernism.” Winner of numerous Earshot awards (Instrumentalist of the Year in 1999 and Acoustic Jazz Group in 2000 and 2001; Jazz Hall of Fame, 2009), Seales is today promoting jazz awareness and molding young talents as a Professor of Music at the University of Washington, where he is a professor in the Jazz Studies Program. He teaches an array of courses, including History of Jazz, Jazz Piano, and Beginning and Advanced Improvisation, as well as leading various workshops and ensembles.