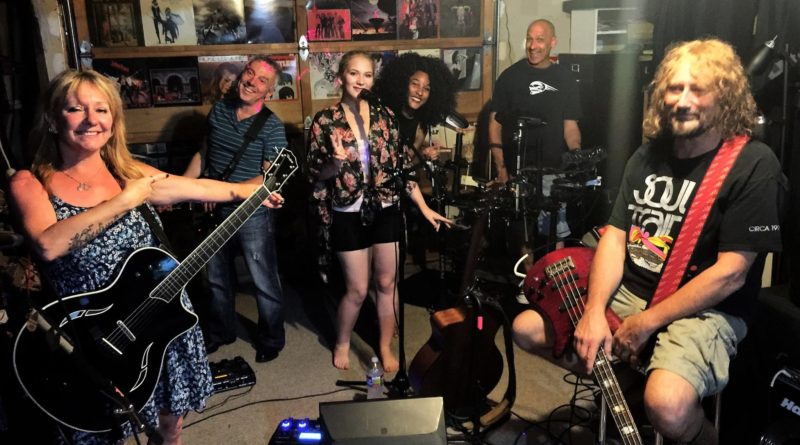 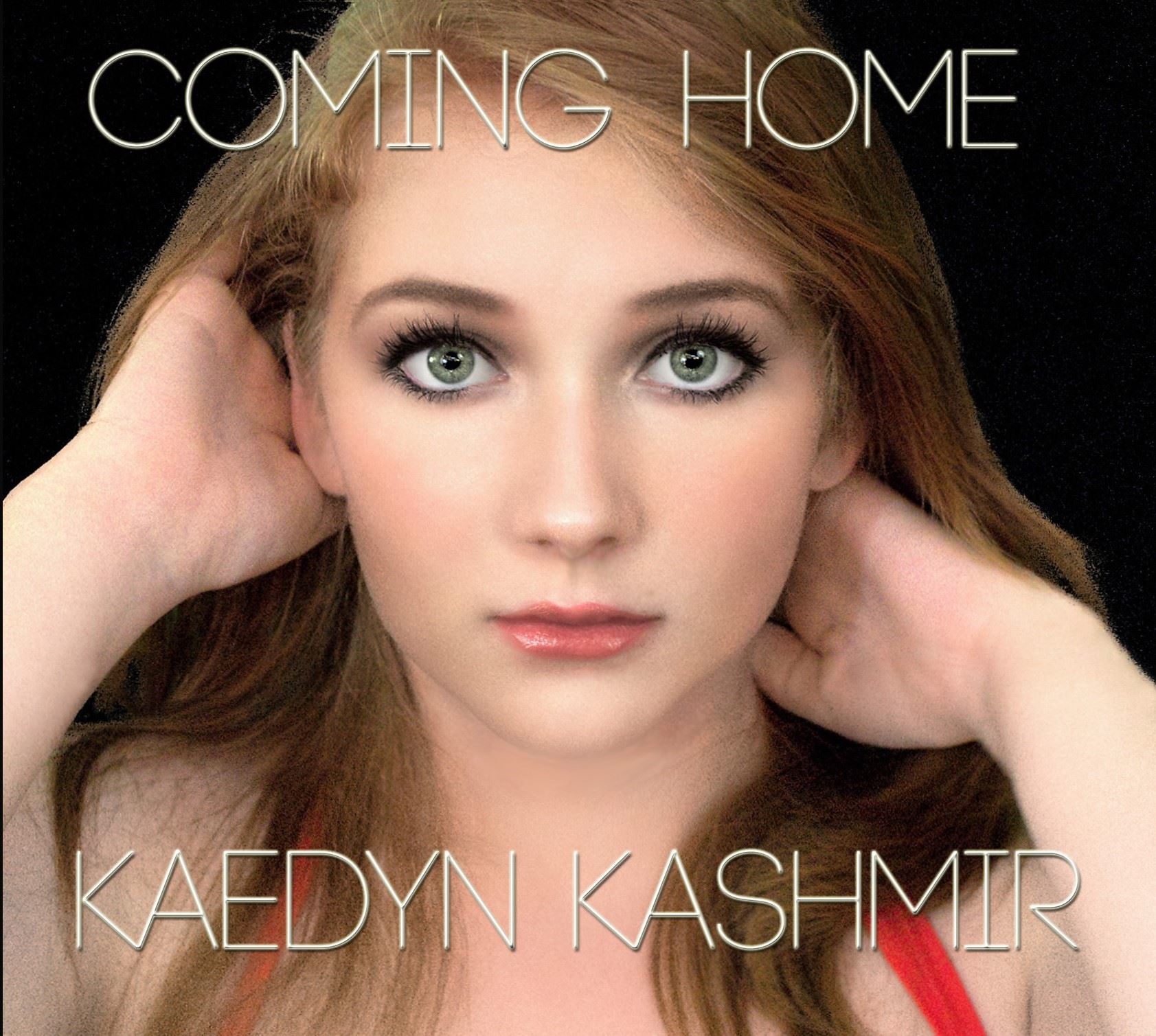 Most teens spend summer vacationing, attending camp, or working a part-time job. Kaedyn Kashmir is busy rehearsing with her new band, and preparing for the release of her new, full-length CD, Coming Home.

Oh, and celebrating her 16th birthday. 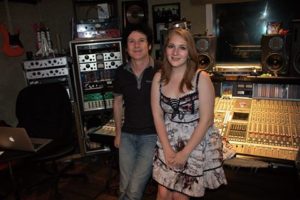 In an era where anyone can post a video, start a blog, launch a podcast, and turn out heavily autotuned songs (regardless of the level of talent!), it’s a rare treat to come upon a young singer-songwriter whose vocal and songwriting chops are for real.

Kaedyn wrote or co-wrote a number of the songs on Coming Home, working with Grammy-nominated, multi-platinum producer Warren Huart (Aerosmith, Korn, Ace Frehley, James Blunt, and more) at his Los Angeles studio. She spent weekends and school breaks shuttling between LA and her Seattle-area home, building her album track by track, while maintaining top grades in school.

Coming Home reveals a maturity that belies her young age (did we mention she just turned 16?) and showcases a voice that’s strong and pure, and musical styles that range from pop, to rock, to soul. The eleven track CD includes a new version of Sliding Doors, along with a great mix of upbeat songs (Warrior, I Am, Miracles) and soulful tunes (Rain, So I Wait). The songs tell the story of Kaedyn coming of age and overcoming the struggles and insecurities of growing up, discovering who she is as a person, and finding her voice and power.

Grammy-winning engineer Adam Ayan added his magic touch to the final mix of Coming Home. Ayan has worked with a “who’s who” of talented musicians, including Paul McCartney, Katy Perry, Pearl Jam, and the Rolling Stones (to name JUST a few!).

Kaedyn’s no stranger to recording. She teamed up with Warren Huart to produce her debut EP, Sliding Doors, at the tender age of 14. Warren wrote the title track, calling it the favorite song he’s ever written. He also produced the sweeping music video for the song. CLICK HERE to watch!

The five-song EP includes the powerful Grin and Bear It, which is inspired by the death of Leelah Alcorn, a 17 year old transgender teen whose suicide sparked worldwide outrage, and led to a petition for Leelah’s Law, calling for a ban on controversial “conversion therapy.” (At this time, conversion therapy is banned in Vermont, California, New Jersey, Illinois and Oregon, as well as the District of Columbia, and a number of cities.)

Posted below are the lyrics for Grin and Bear It (CLICK HERE to listen to it):

They tell us ‘grin and bear it, just grin and bear it’
Suffer with the rest of society
Cause you can make it through this
If you take it, take it slow
Inside you is a strength they’ll never know

I’m like you are so are others
Joined together, sisters, brothers
Hearts and minds where you will find a home 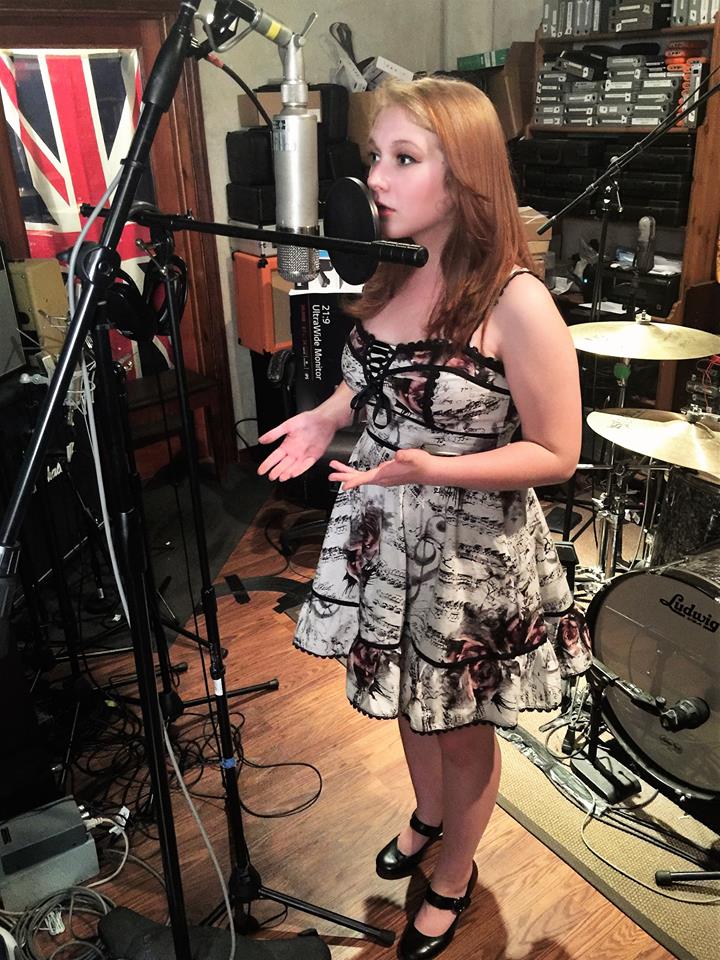 In addition to recording and performing, Kaedyn has appeared on local and national television, including a memorable appearance on ABC (repping her beloved Seattle Seahawks on the show), The Great Christmas Light Fight, along with the Mish family, whose Kirkland house turns into a winter wonderland for 12s from all over the region. (CLICK HERE to watch the episode.)

Where are Kaedyn’s parents during this process?

Right by her side. 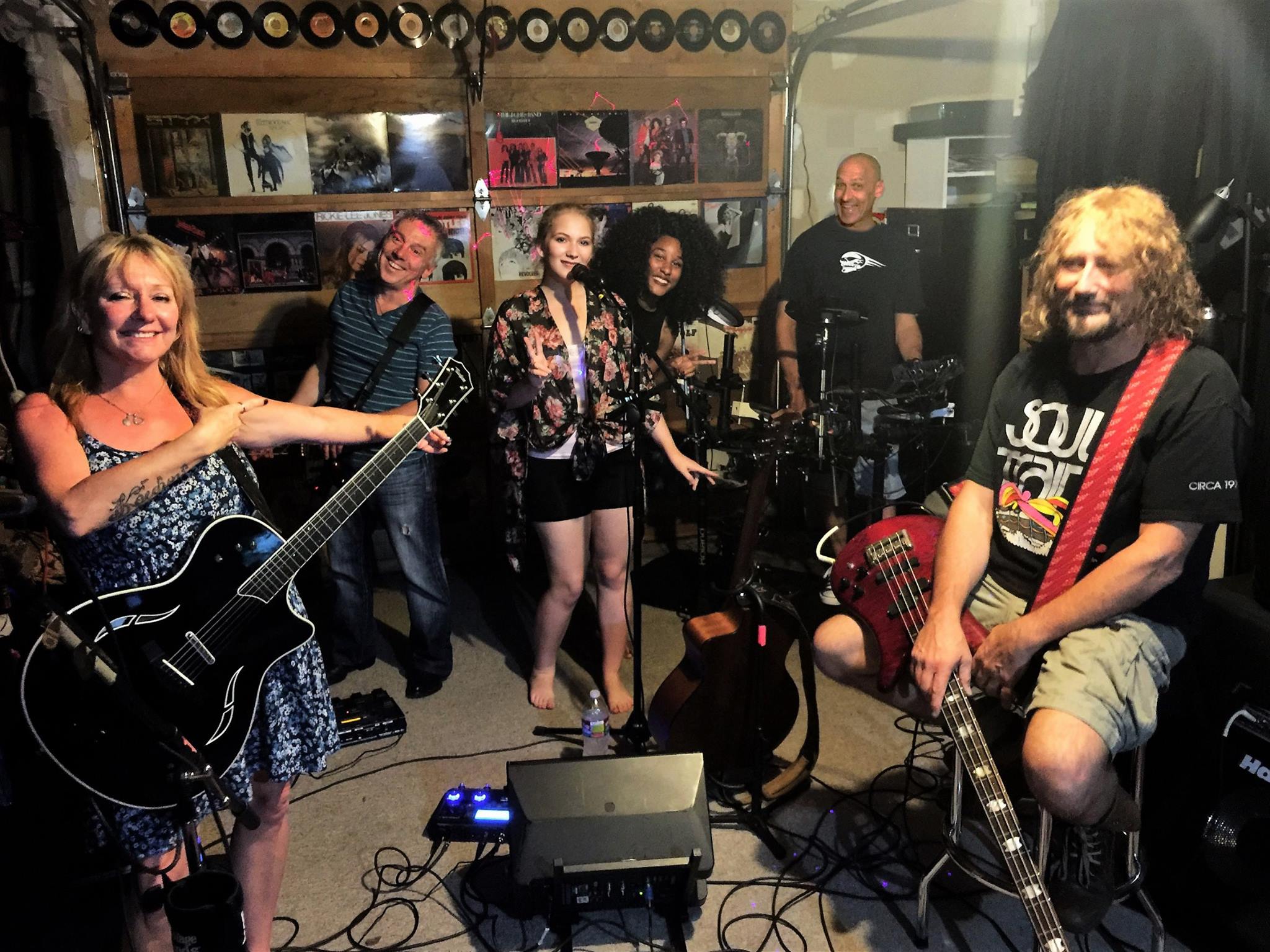 Mom Brenda Kashmir and dad Derek Whitaker are longtime musicians. Brenda still performs with Barracuda – The Essential Tribute to the band Heart, and is also part of her daughter’s band, along with Derek and fellow seasoned musicians Monty Smith, Paul Higgins, and Lynn Sorensen (Bad Company, Spike and the Impalers). The family’s Renton home includes a state of the art recording studio, and Brenda and Derek enthusiastically support their daughter, while helping keep her grounded at the same time.

That doesn’t take a lot of work. Kaedyn is as level-headed as she is talented, and anyone listening to her music for the first time should be prepared to be entertained and deeply moved.

Coming Home is scheduled to be released later this summer.

In the meantime, keep up with Kaedyn Kashmir on her Facebook page, for the latest news and video updates.