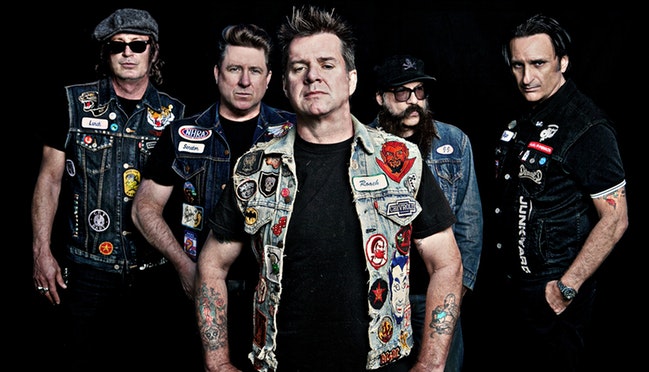 What happens when two punk rock veterans meet in Austin, Texas and, with a roll of the dice, decide to head west to Los Angeles? The birth of Junkyard, a band with a sound like Godzilla in a foul mood tanked up on cheap wine.

In 1986, David Roach (The Streppados) and Chris Gates (Big Boys, Poison 13) joined forces and made the fateful journey to California in a shitty car that came to rest behind a bar called The Soundcheck. Enlisting Patrick Muzingo (Decry, Pirates of Venus) on drums and Clay Anthony on bass, Junkyard got down to business and went to work unleashing their blend of blues/rock/boogie/punk on the world. In a city awash and drowning in a sea of hairspray, lipstick and power ballads their appeal was immediate: one writer insightfully pegged them as “a swaggering mutation of Motorhead and ZZ Top.”

Tickets to Junkyard’s forthcoming performance at Funhouse in Seattle can be purchased here.