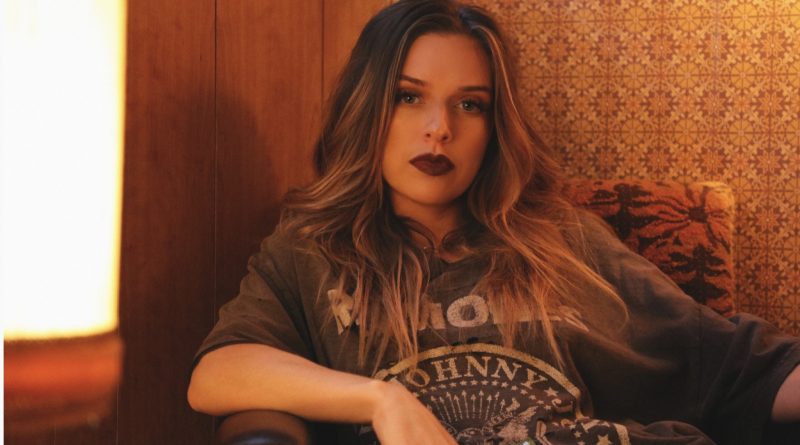 We had the chance to chat with singer and multi-instrumentalist ZZ Ward about her upcoming tour, music, and life on the road. Her Stardust tour kicks off in Portland February 17th, and will be stopping in Seattle February 22nd at Showbox SoDo. Make sure you grab tickets while you can, you don’t want to miss this show.

ZZ Ward: The song was inspired by being into someone so much that it feels like you’re under their spell. This song has the power to take me back to the situation every time I play it and it gets me in that mood again. This perfectly fits well and it helps me stay true to my vibe.

NWMS: Do you have plans to release an album soon?

ZZ Ward: I’m planning on releasing songs for now, it’s been fun to build content around them individually. Even with the new track we made a music video and an official lyric video to help create content to express the song.

NWMS: The tour kicks off in Portland, do you enjoy visiting the Northwest where you grew up?

ZZ Ward: I’m very excited to kick it off in the Northwest. My family does not live in Roseburg anymore but we still have a house and I try to visit as least once a year.

NWMS: What are you most excited for with this tour?

ZZ Ward: I’m excited to be playing new songs along with mixing in the old ones. Keeping things fresh and very happy to get out there and connect with my fans. I love that I can have that with them and connect through the music and create that space to do so.

NWMS: What scares you the most about the tour?

ZZ Ward: You never know what’s going to happen when you’re on the road and there are things that are just out of my control that I have to accept. For example one time we were all set for a show and I came out for the first song and the sound got messed up so my mic was not working. That’s something I can’t control and have to accept and hope for the best.

NWMS: I get it these things happen though, when we go to shows we’re so use to everything running smooth and it’s hard to imagine sometimes that people have spent hours and hours working to put all of this together just for that day.

ZZ Ward: Completely agree and they handle it all so well.

NWMS: How did your music journey start?

ZZ Ward: I started off with the keyboard first then I learned to play the guitar when I was 17.

NWMS: You started playing in a band with your dad when you were 12?

ZZ Ward: Correct, I’ve always been into music and I was about 16 when I started writing my own songs. I remember the experience being so cathartic it completely pulled me in. It also felt really good sharing the songs with other people and seeing them have an emotional reaction to them. I started off with my dad in a blues bands singing songs in front of people which helped me build my stage performance. After that I moved to the Eugene area and was getting gigs opening for hip hop acts like Naughty by Nature. I would play in pizza places, coffee shops, and would sell my CDs from back of my truck. Anything I could do to be a part of it.

NWMS: You mentioned hip hop artists, is that something you’re still interested in?

ZZ Ward: Yes, I’ve always had a love for hip hop and I still try to incorporate it in my songs when I can. Working with Freddie Gibbs on my first record was a dream.

NWMS: Who was a big music influence when you were young?

ZZ Ward: Michael Kaiser who was the principal at my school and taught me how to play guitar. I went to his office during lunch and he would give me lessons there and inspired me from the start. As soon as I started to learn chords and figured how to come up with melodies to express my emotions I was completely hooked.

NWMS: Do you write on the road?

ZZ Ward: I like to write what I’m feeling and it is very personal so usually not on the bus. I like getting in a zone so lighting up some candles and catching my vibe in my own space. Unless I’m writing with other people which is a different story, then I’m collaborating and that’s a different situation.

NWMS: What music are you into these days?

NWMS: What do you miss the most about home when you’re touring?

ZZ Ward: Sleeping in my own bed, most of the time we’re driving the whole night and I wake up 10 times while the bus is moving. Being in my own bed and feeling as safe as possible is something that I really miss when I’m on the road.

NWMS: What do you bring with you?

ZZ Ward: I’m Jewish so I bring everything, (laughs). I bring my dog Muddy Waters, named after the blues legend who had a huge influence on me and I really loved his music.

NWMS: Hobbies outside of music

ZZ Ward: I really enjoy cooking, I’m a pescatarian/vegan and I like trying to follow recipes and create new things. I also like making my own hats and fedoras. It’s nice to have a design in mind or specific color and creating it yourself.