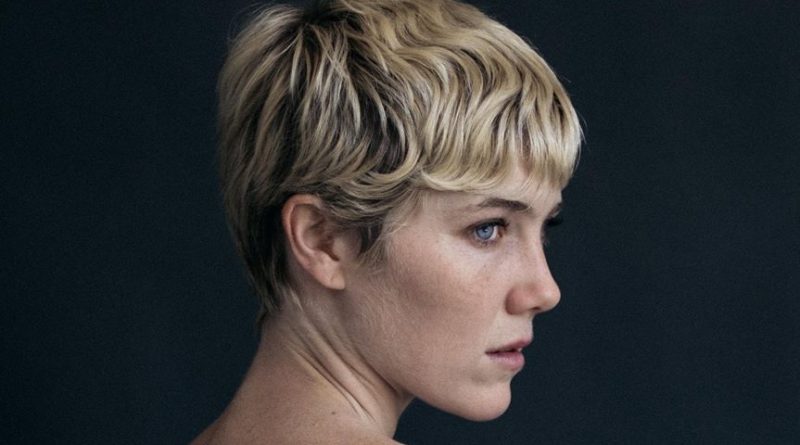 We had the opportunity to chat with rising star, Your Smith, about her upcoming debut headlining tour stopping by Barboza in Seattle on Friday January 10th. We chatted about her EP, Wild Wild Woman, touring with some of the best, Neon Gold, and what’s coming up for her this year.

NWMS: How is it going, where am I catching you?

Your Smith: It’s going well, a little hectic getting ready for tour but going great. Things are a little too smooth so it’s putting me a bit on the edge. I’m in Los Angeles at the moment, today was the last day before rehearsals start so this morning I was resetting my computer getting it ready for tour. Have you ever done that?

NWMS: Yes, it’s a horrible thing to do, how come?

Your Smith: I know, well I run my whole show off my computer and my music director suggested I reset it to give it a fresh start before I take off.

NWMS: So, getting ready for tour, rehearsals for a few days then tour starts on the 7th?

Your Smith: Yes, we’re doing three days of rehearsals then we’re hitting it whether we’re ready or not. It’s happening.

NWMS: Tell me a little more about the tour and what fans can expect.

Your Smith: I am very excited because I love touring of course but also because it’s the first headlining tour that I won’t have a band with me. This whole year I’ve just been opening for other people and getting to experience some very great opportunities but it was all solo so in that I got comfortable performing by myself. I always thought that when I did a headlining tour I would get a band onboard but something feels so good about standing on stage by myself and owning it. It’s only me on stage but I have a brilliant team that’s coming out with me that are creating a whole experience off stage. Jeannie Bogue is my lighting designer and I’m so happy I met her while I was opening for K.Flay, and I have an awesome sound engineer joining. We’re taking the live show and we’re elevating it to be more of a feature.

NWMS: I know you’ve toured with X Ambassadors, K.Flay among others and I wanted to see what you learned or what you’re bringing from those experiences on your own tour.

Your Smith: Touring with both of those you named it’s like a dream, I hear nightmare stories about opening for bands that are not that nice, or feel very separated from. I’ve never had that experience, the bands I’ve toured with are angels, they are inclusive to me and my sister, who is my tour manager. We don’t feel lonely at all and they made us feel like we were part of their crew. What I learned from Kristine (K.Flay), she is a very kind and courteous person, very funny and I see a lot of myself in that, she’s really good at taking time for herself and not apologizing for it. That’s something I need to get better at and want to implement. Same goes for X Ambassadors, they treat everyone they encounter with kindness and respect and I know that’s not how everyone rolls in the industry, but I choose to roll that way. You can function on a large scale and still be respectful of the people around you.

NWMS: What are you most nervous about going on your first headlining tour?

Your Smith: I’m always anxious about nobody coming to shows but I think I’ll always be that way no matter what. I don’t know why that is, I’ve been doing this for a while and that has only happened a handful of times but it still makes me nervous. That anxiety has lifted a bit with some shows selling out already or being close to selling out which feels awesome coming to a tour knowing that. Other than that I’m very comfortable that it’s going to go smooth, we’ve been building this show out slowly over the last year or so.

NWMS: That’s a valid fear to have and I think that a lot of artists feel that way at all levels.

Your Smith: I agree, I once saw Sting at a festival and for some reason it just didn’t sell that well and I saw him in an almost empty stadium so I think of that and remember that he carried on having a blast and it didn’t matter at all.

NWMS: Tell me more about how it all started for you and how you ended up with Neon Gold Records.

Your Smith: I’ve been doing this for a long time, I was under my own name, Caroline Smith, for a while back in Minneapolis. I moved to Los Angeles to pursue it more seriously which was quite a big shift and I got to learn a lot about myself in the move, about what I like and a lot of what I don’t like. I ended up growing out of the music I was creating at that time and kind of starting to do my own thing and wanted to put a different name to it. That is how Your Smith started. While all of that was happening I crossed paths with Derek(Davies) and Lizzy(Plapinger) of Neon Gold, and at that point I was cautious about bringing someone into it after working with some questionable folks in LA. They took their time and showed me they cared, honestly letting me develop my project the way I wanted to do it naturally. That is why I was drawn to them and ended up working with them.

NWMS: Is there a plan for more songs and a record soon?

Your Smith: Where I’m at currently, I’m still doing this on my own and having a great time. The way the music industry is shaped at the moment is that you just have to keep releasing music. Some of my favorite bands are album based artists, especially from the 70s, where albums really defined the artists. My goal is to release an album but that’s not where I’m at this moment and I want to keep building it and releasing singles, so when it’s out it will do it justice.

NWMS: What other hobbies do you have outside of music?

Your Smith: I love to run and I love to cook and those are my things along with reading.

NWMS: All great things to be doing to keep healthy and well, thanks so much for your time.

Your Smith: Thank you as well see you in Seattle!