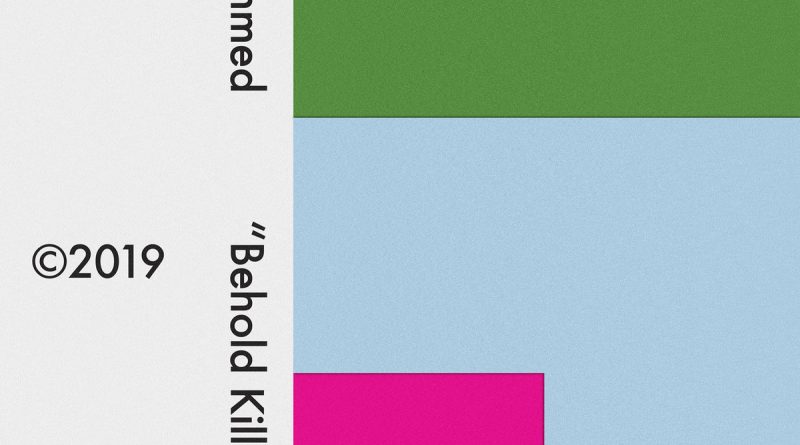 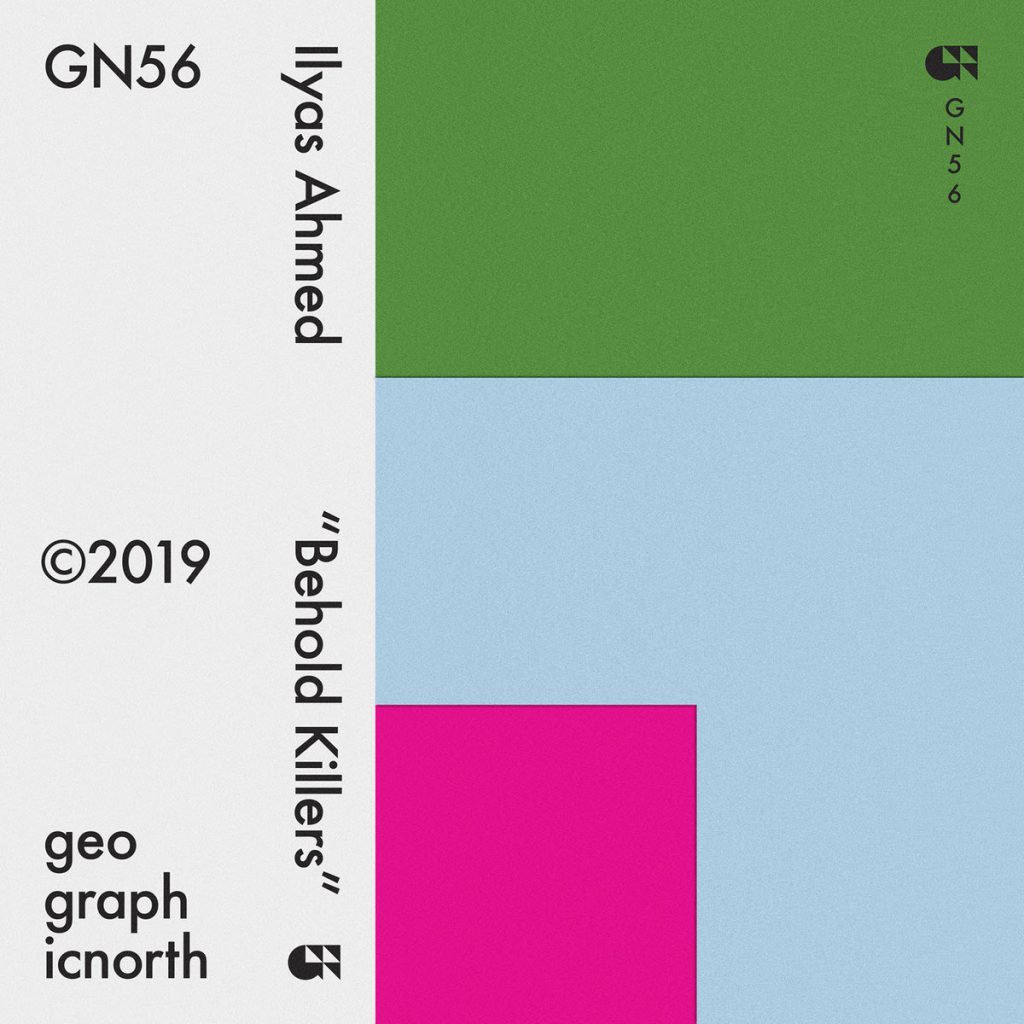 Ilyas Ahmed’s Behold Killers is a properly named, sinisterly crafted four-song tape capable of disorienting your lonely Tuesday evening chores. Released as a cassette and digitally late last year (Geographic North), Behold Killers’ color choice is as disarming as Ahmed’s nearly 16 minute Side A, “Pass No Jazz”. Unabashed guitar folds into darkness with a crisp twang and ominous rev of hummed electricity. By two and a half minutes, Ahmed’s guitar has exited. Unsettling chime and flubbing drone cast sheen of thin streaks. Additional sounds sniff and peek, however, the collective weightiness never allows the piece to completely lift. At the six-minute mark Ahmed’s vision shifts to a foggy gaze of churned drone and spaced out refractory dreams. Whinny guitars buzz and scrape against walls of metalized ambience. It’s a sprawling attack, wandering six and half minutes and never quite finding a place of rest. Nearing 13-minutes, Ahmed returns to the opening chords as expressions nudge and almost dust off the frost, drying moisture of three distinctive songs imbedded into one sonorous experience.

“Metal Freedom” chirps and bubbles like a field recording of birds. Patiently, Ahmed blankets the saturated tune of flight-oriented companions with warmth and gratifying loops of pulse and breath. The song plunges after the three-minute count into a birthing soundscape of sleepy movements and turns. Ahmed revisits the dreamscape embedded in “Pass No Jazz” and disintegrates into the ether. “Mad Love” stirs from the same cauldron of echoes and split parts. The shortest entry on Behold, “Mad Love” turns memory upside down. Colors pale as spirits exhale and guitar reverberations evoke a gentle stroke.

The quietest movements are found in “Wild Violet”. The final expression from Ahmed can be cranked to 11 and still, whispers unfold into the unknown. Sounds spawn forth (plucked or pressed) as whirls of distilled yarn hums into a tangible form. Ahmed uses three minutes to erect this holding spot of pensive echoes and brightly metallic vibrations. Passionately lifting into its name, “Wild Violet” chooses to retrace past steps as Ahmed cycles over patterns previously brushed over. The last two minutes crescendo into a tightly constructed pocket where sounds ricochet and drip over one another. The end comes sudden, without a nod or true place of rest. Ahmed’s harrowing title proves true.

Like all of Geographic North’s experimentally gifted recordings, Behold Killers proceeds with nearly all art modalities in mind. Ahmed’s visions, reprises, and sound architecting eclipse and return to the neutralizing trio of color and geometric forms adorning this bewitching release.