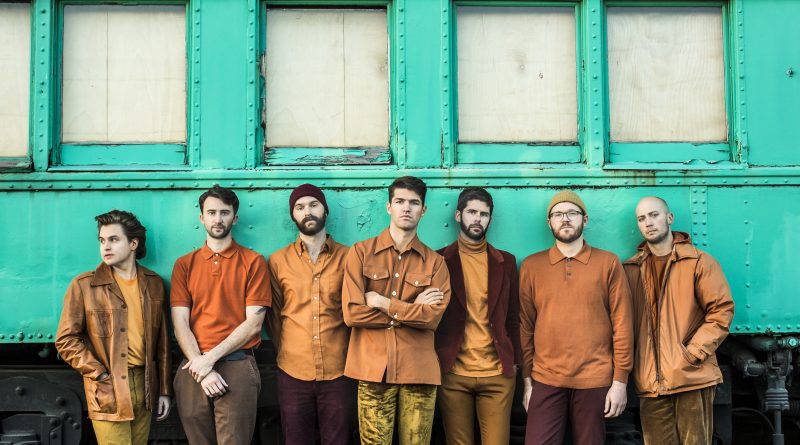 The Dip, who came from points around the map to lay down the party beat here in town, throw themselves a weekend do for February 15th and 16th, at Neumos, for the release of their new album The Dip Delivers. Funky drummer Jarred Katz was kind enough to take a few questions.

NWMS: Did you grow up in Seattle? If not, where did you come from and when did you arrive in the city?

Katz: I actually grew up in Spokane. Not too far away. Everyone in the band except Tom (singer) grew up outside of Seattle. Made it to Seattle in 2008 for school.

NWMS: What are your favorite Seattle memories?

Katz: Summer sunshine days by the lake. Snow days on the Ave. Spending all your money on records and shows.

NWMS: What are your favorite and least favorite things about the city?

Katz: Favorite: Proximity to lakes and mountains nearby, while still having that big city feel. Least favorite: Getting priced out of neighborhoods and rent prices getting jacked. Not cool.

NWMS: Growing up, what music made you want to make music–which songs, albums, performers, shows, etc.?

Katz: Song: “In the Stone” by Earth, Wind, and Fire. Album: It Might As Well Be Swing – Count Basie & Frank Sinatra. Show: Poncho Sanchez at Spokane Falls Community College

NWMS: Which instrument do you play and how long have you been playing it?

NWMS: Who are your main influences on your instrument, and what do you derive from listening to them?

NWMS: How did the Dip get together?

Katz: Most of us met in the Jazz department at UW. Wanted to create something that was fun for house parties that focused on original song writing and groove.

NWMS: Who are all the musicians in The Dip, and what does each one bring to the mix?

Katz: Tom Eddy (guitar/vocals) – Best hotel booker out there. Can write a mean song and catch some fish too.

Levi Gillis (tenor sax) – A force on tenor and an incredible composer and singer/songwriter. Been known to ride a wave or too as well.

NWMS: Who writes the songs in The Dip, and how do you work up the arrangements?

Katz: We all bring in song nuggets/demos. Then flesh them out as a band and record each step of the process. We almost never just come up with something out of the blue.

NWMS: Where did you record the new album and who produced?

Katz: It was recorded in our very own Mustard Studio by Jacob and Tom. Produced by Jacob.

NWMS: What were the most surprising things about laying down the album tracks?

Katz: Depending on the type of song, we did a lot of different stuff with the drums (different mics, different mic positions, different drums, different blankets/towels for dampening) and it was cool to see how different it would sound with minor changes.

NWMS: What are the band’s plans for the future?

Get more information about The Dip’s pair of shows at Neumos on February 15 and 16 HERE and HERE.