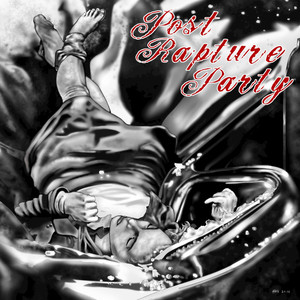 Post Rapture Party released their new self-titled album on July 22nd, and this band is a treat for me to dissect and talk about in stages. I had the distinct privilege of catching one their live shows in the past, and it blew me away. Noccie Blaireau, the only female in the band has a powerful voice, one where, if I were a ship and she were on a rocky shore… that would be all she wrote. Speaking of “all she wrote,” the lyrics, along with the voice, are beautifully brilliant. My ears and my soul left that venue with a happy memory.

The drummer, Kane Blaireau, plays on a Tama Star Classic. His perfect timing and stick-work grab a hold of you. Probably one of the better drummers I’ve heard in a long time. Meanwhile, Spooky, Post Rapture Party’s bassist, throws down the funk, and keeps that bass groove that drives the rhythm home and delivers that punch you are looking for when you are stepping up to play ball with the big boys. Rounding out the lineup, guitarist Ashe Tempest can hang with the best of them. There are guitar riffs that sound metal, there are riffs that sound euphoric, and there are tones that are melodic. Having a guitar player of this caliber helps tie the band together.

Listening to samples of these songs and really getting to hear what they are all about clearly says, “We are Post Rapture Party, and we are going to bigger and better places with each new performance and each new song we write.” “Dust Devil” has a funkiness but yet, an alluring calling to it, with the mesmerizing attraction to those vocals. It reminds me of Annie Lennox with a more soothing seduction of musical tones. I could see myself playing this album at a party and everyone would be having a great time. Perhaps I could host a Post Rapture Party of my own. Check out their new self-titled album, and catch a live show soon. You’ll be impressed with what you hear.

(Post Rapture Party is available for purchase via iTunes. You can stream three tracks from the LP below via SoundCloud.)