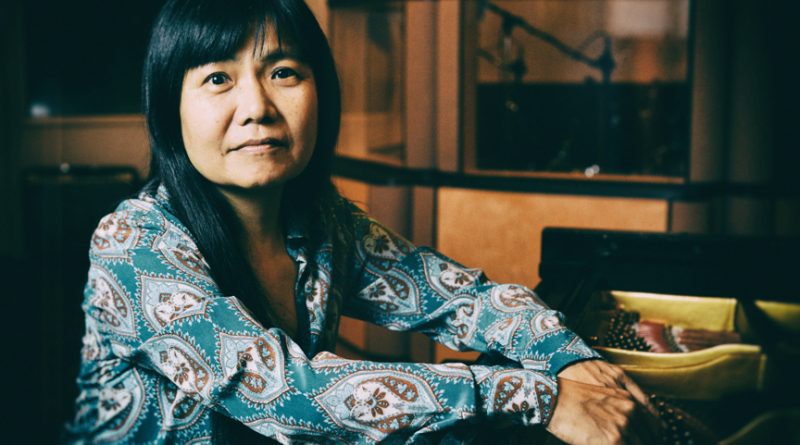 Fujii and Tamura play the Royal Room on Tuesday, May 7th, as part of the “Kira Kira” project (see below).  She was kind enough to take some questions.

NWMS:  You’ve gone all over the world playing jazz. Which cities are most receptive to your music, and why do you think that is?

Satoko Fujii:  I have been playing my music in Europe, in America, in Canada, in Australia, in South America, in Korea and in Japan. There are always people who love my music in any city. Music can reach people despite their different languages.

NWMS:  You studied classical piano until age 20. What lead you to switch to jazz?

Satoko Fujii:  I had started to improvise on piano when I was 3 or 4 years old, before I studied classical piano. When I was 18 I tried to improvise again but by that point I couldn’t play piano without written music.

Classical piano training made me not be able to improvise, and I was so shocked when I realized that because I really enjoyed improvisation before I started to study classical music. I wanted to get back to it so I stopped classical piano study. Jazz incorporates improvisation, and that pulled me to it.

NWMS:  Who were your favorite classical composers and performers? How did their work influence your approach to jazz?

Satoko Fujii:  I love many composers, mostly after Beethoven up to now. One of my favorite composers is Charles Ives. I love his way of using a wide range of dynamics, from quiet to loud. I think my works might be influenced by many composers, but it is hard to tell how. Because they all melt into me and the music comes out from me with my taste and sensibilities.

NWMS:  You’ve now been performing and composing jazz for 40 years. What are your most important lessons learned?

Satoko Fujii:  I think the most important thing for musicians is to learn to use our ears instead of methods or theory. If we listen carefully, we know the way to make music.

Satoko Fujii:  For me composing and improvising are very much the same, they are like front and back. When I compose and/or improvise, I feel like I am looking for something in the air that is already there. I just need to find it. I would like to compose like I improvise, and I would like to improvise like I compose.

NWMS:  How did you meet trumpeter Natsuki Tamura? How long have you been together? How does his playing play off of yours, and how does he continue to challenge you?

Satoko Fujii:  I used to play in a cabaret house big band in Tokyo 35 years ago. He came to this band to warm up when he didn’t have other gigs. He had a lot of experience already playing in many bands. We got married 32 years ago. We have similar values, but we are very different. He is very free and brave enough to play anything. I have been learning a lot from him about how we can be released from anything.

NWMS:  You’re playing with Seattle drummer Greg Campbell on this date. How well do you know him, and what does he bring to the mix?

Satoko Fujii: The unique thing with the “Kira Kira” concept is we find a drummer where we play. We have found that different drummers make music differently and we can get inspired from their individual approaches. This is the first time we will play with Greg Campbell but I know the music will be great. I have been talking to him by email and I feel he has similar musical values.

NWMS:  You released twelve albums last year. Did you ever get exhausted? Which of those albums are your favorites, and why?

Satoko Fujii:  If I had nothing to do, I would be exhausted. It is hard to tell which album is my favorite. They are all very different.

NWMS:  What’s in the future for you after the Seattle show?

Satoko Fujii: I will play in Vancouver and Edmonton and then will head back to Japan for three days, then to Europe to tour for three weeks.