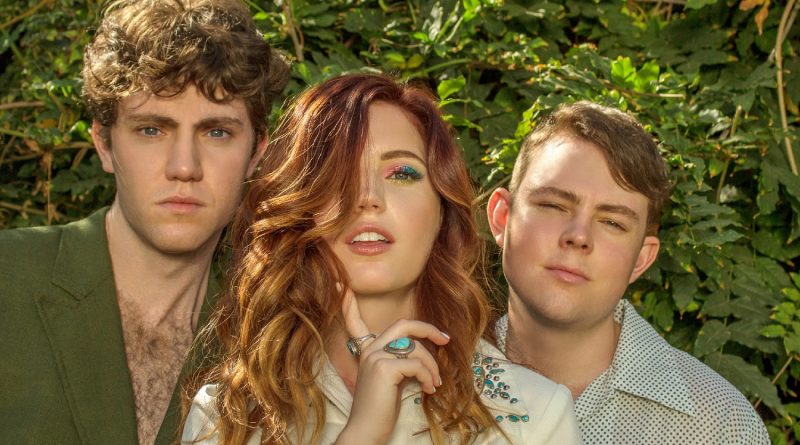 We recently had the chance to chat with Noah Sierota of Echosmith about touring with siblings, life on the road, music, and the new record Lonely Generation. Catch the multi-platinum trio at the Neptune on Sunday the 1st of March!

NWMS: Where am I catching you Noah?

Noah: I’m in LA at the moment driving around town finishing some errands before we take off for tour. We’re leaving tomorrow so I have to get some things.

NWMS: How long is the tour lasting?

Noah: It’s about three and a half weeks which is a good amount of time. Honestly I know I’m going to forget something so I’m ready to run out and get it in another place.

NWMS: That’s true you can always get what you missed. My cousin always says the only things you really need is your ID, the rest you can get anywhere.

Noah: I’ve been through it and I get that.

NWMS: What is the one thing you don’t want to forget when you go on tour?

Noah: Honestly what I really don’t forget is my steamer. I don’t iron my clothes anymore and it sounds like a silly thing but it really does make my life so much easier when I’m on the road. I’m on stage I don’t want to have wrinkly clothes in front of people.

NWMS: Tell me a little more about the tour and what fans can expect from it.

Noah: We’re really excited about it, playing a few new songs and some of the classics. It was a great time prepping for it, we wanted to really create a fun flow through the set. It feels like the most produced show we’ve ever done and I think the fans will see the work we put into it. Things are fairly fresh with the new record being out and the tour happening and we’re ready to take it on and play for everyone that comes out. It’s a real honor to be able to perform for all our fans.

NWMS: After the success of your debut do you feel a shift in how things will be done for your sophomore release?

Noah: We’re just ready to see what happens with this round, we’ve certainly learned many things but we know that you can’t control what happens to you in the music industry. You have to work really hard but it’s so dependent on the market and the people liking it and sharing it. Any second we get to play music is a joy and because of our past success we’re lucky to be able to do that. We want people to enjoy and feel connected to our music and lyrics.

NWMS: How did you come up with the name Echosmith?

Noah: You can thank my mom for that. We had come up with a few names and they were mostly terrible, and when we signed to Warner Records we knew we needed a good name. Then we were thinking of a blacksmith or bellsmith and how they shape things and we thought of how to put it together and she suggested Echosmith which was at the perfect moment.

NWMS: You released your record under your own label, what inspired you to start that?

Noah: A big thing that drew us to it was that the music industry things are always changing and the label we were at they kept shifting and people kept leaving or whatever. Whoever was signing the checks or approving the record kept leaving and we realized we were making records for executives and not ourselves. We got to squeeze ourselves out and now we have a great team to support us and that’s special as they do what they are good at we get to make music. We care about all the pieces that come together for a record and the fact that we are so hands on is very special.

NWMS: What was the inspiration behind Lonely Generation?

Noah: Lyrically we decided to get deeper and more personal and capture more of our experiences. We are all in our early 20s and that’s a time of a lot of change in each of our lives and we try to capture that in a lot of the record.

NWMS: Did you feel the difference with Jamie not being in the band any longer when writing?

Noah: Since we are family and we have been making music together for such a long time there was a shift. Having the four of us in the room brings a different energy and of course when you remove one person that inevitably creates a different dynamic. It took us a little bit to figure that out and this new record feels like a little bit of a homecoming for us. We were very hands on as a trio as our dad produced it. I was producer as well so we were very deeply involved in bringing it to life.

NWMS: What is the best part of being in a band with your siblings?

Noah: I think the amount of comfort we have with each other is a great joy. When you’re travelling so much, being on the road and interacting with so many different people you kind of need to have something consistent. Because we are a family doing this together we always have that familiarity and that’s really grounding. When you’re doing music you’re working late hours, travelling to random places, being alone a lot of the time. To be able to have your family with you in that experience makes it feel a lot less lonely. I honestly don’t know how I would do it without them, it would be strange.

NWMS: What was your relationship with music growing up in LA?

Noah: Our father is a musician, songwriter, producer so we grew up in a home where every single instrument was available to us. We all chose the instruments we wanted and luckily they were all different, which worked out great for us in the end. We grew up playing together but also creating bands with other people and going through that youthful adventure of figuring out who we are as musicians and bandmates. We had a lot of opportunity because of my dad.

NWMS: How do you spend your time when you’re home?

Noah: I love life and I have a great community here in LA that supports me and challenges me. Hanging out with everyone and I like to cook a lot. Things that I can slowly enjoy the privileges of life and joy. The music industry is so fast paced that I like finding activities that slowly surface and have a process, that is my favorite way to spend my time.